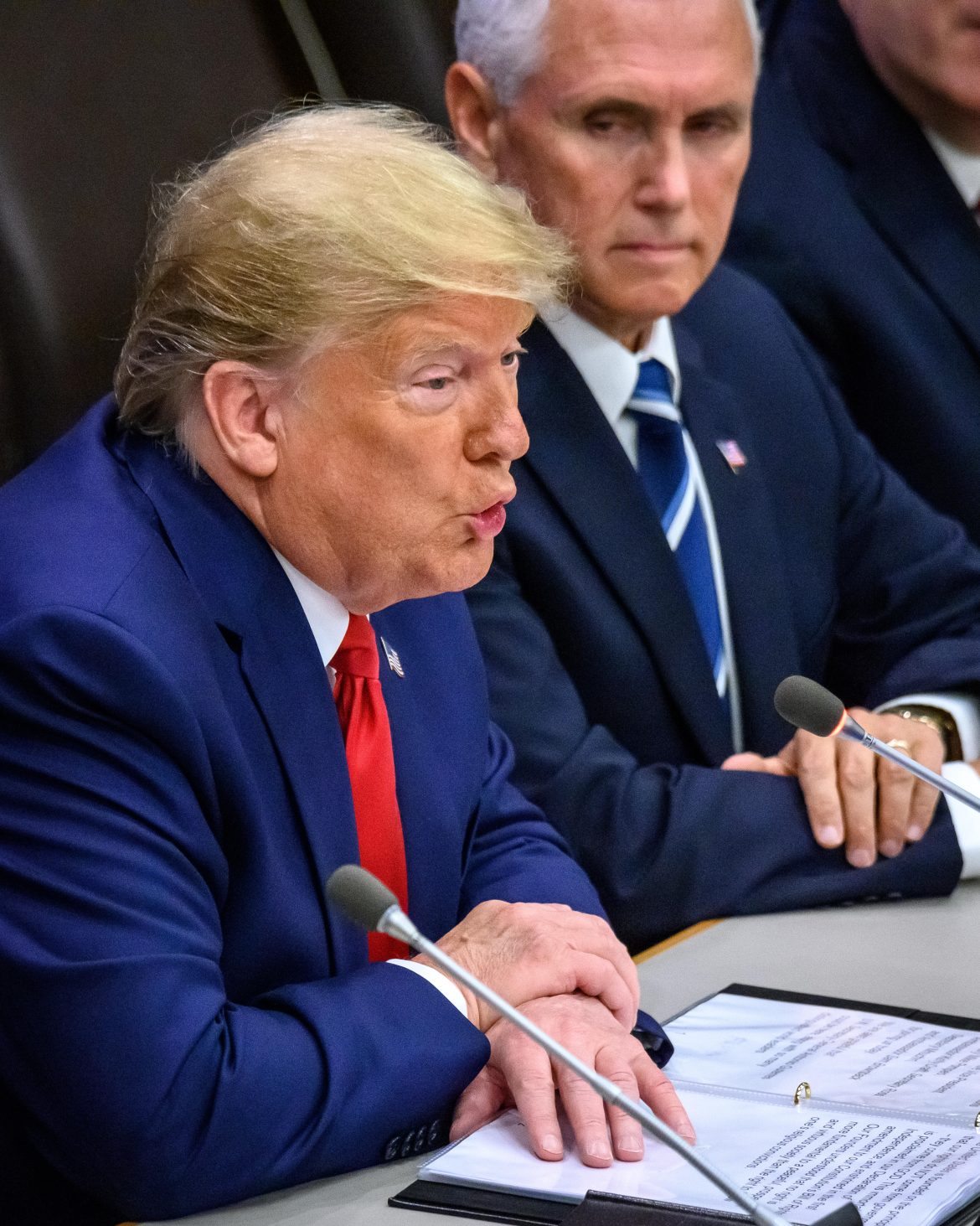 Former President Donald Trump and his former vice president, Mike Pence, presented their respective visions for the future of the Republican party in the nation’s capital Tuesday. Both gave speeches that underscored a growing divide within the GOP over the party’s future.

In his first visit to Washington since the 2020 election, Trump doubled down on his claims of election fraud.

“It was a catastrophe, that election,” he told an enthusiastic audience of supporters at the America First Agenda Summit, according to an Associated Press report.

In contrast, Pence urged the party to move on from the election as he addressed a conservative student group.

“Some people may choose to focus on the past, but elections are about the future,” the former vice president said.

Both men have been laying the groundwork for a possible 2024 presidential run, though Trump has been more vocal about his intentions, telling a group of former Cabinet members and White House officials Tuesday that he “may just have to do it again.” The former president said rising crime, homelessness, inflation, and the border crisis threaten the nation’s survival under President Biden’s leadership and went on to outline several proposals to restore public safety, including going after drug cartels and expanding the southern border wall.

Pence, who also said the country’s survival is at stake, implored Republicans to focus on what lies ahead instead of dwelling on the past if they want to succeed in the midterms and beyond.

“I believe conservatives must focus on the future to win back America. We can’t afford to take our eyes off the road in front of us because what’s at stake is the very survival of our way of life,” he told members of Young America’s Foundation.

Pence frequently touted the accomplishments of the “Trump-Pence administration” in his speech, but his reported rift with Trump over the Capitol riot came up in a short Q&A that followed. When asked about his former boss, Pence denied that the two “differ on issues” but acknowledged that he and Trump “may differ on focus.”

“I truly do believe that elections are about the future and that it’s absolutely essential, at a time when so many Americans are hurting and so many families are struggling, that we don’t give way to the temptation to look back,” he said.

Pence does appear to “look back” in his new book, however, according to its publisher. Simon & Schuster on Tuesday announced a November release date for Pence’s tome titled “So Help Me God.” The publisher said the book includes details of “President Trump’s severing of their relationship on January 6, 2021, when Pence kept his oath to the Constitution.”

The purported Trump/Pence fissure was also on display last week as both men campaigned for rival candidates in Arizona’s gubernatorial race. Pence, who has endorsed Karrin Taylor Robson, made what could be perceived as a veiled reference to his former boss when speaking about Robson’s rival, Trump-endorsed Kari Lake, stating that “There are those who want to make this election about the past.”

Beyond the words and actions of the former White House partners, GOP primaries across the country have perhaps best highlighted the current divide among Republicans, frequently pitting the party establishment against Trump loyalists, with mixed results.