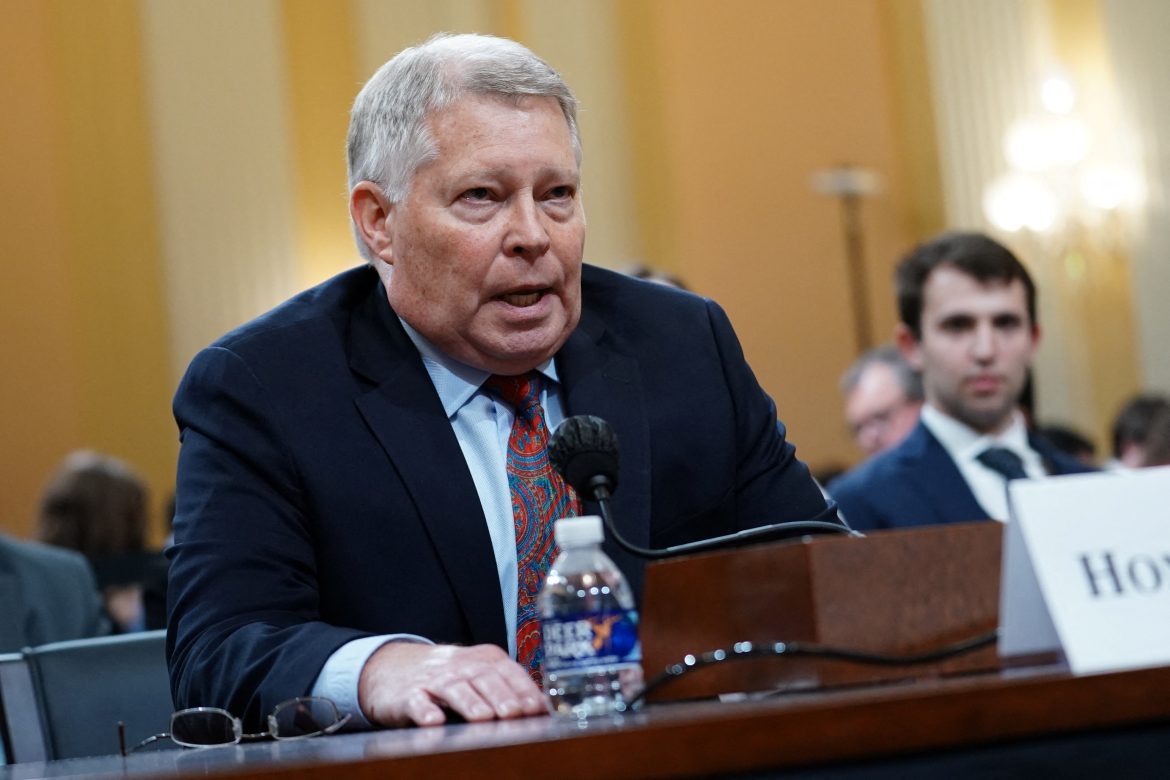 In this session, the committee sought to prove Trump, who has steadfastly denied any wrongdoing and repeatedly reaffirmed his belief that the 2020 presidential election result was illegitimate, pressured his vice president to refuse to certify the results of the election despite the former president knowing the request was illegal.

Although the committee seemed to think the matter was clear cut, the question of legality was not settled Thursday.

While it’s undeniable (and hasn’t been denied by either pro- or-anti-Trump partisans) that the former president wanted Pence to, at minimum, delay certifying the 2020 election and that Pence refused, stating he lacked the authority to do so, the job of establishing whether this constituted a crime would be a matter for the courts.

However, the committee did present witnesses who said the former president knew or should have known his requests were illegal.

“It is breathtaking that these arguments even were conceived, let alone entertained by the president of the United States,” former U.S. Appeals Court Judge J. Michael Luttig, a confidant and informal advisor to Pence, testified.

Trump, as he has done from the outset, continued to question the validity of the entire Jan. 6 select committee, and criticized the media and Democrats for denying him the chance to plead his case. On Thursday, a clearly angered Trump posted a brief reaction on Truth Social and his website.

“The Fake New Networks are perpetuating lies, falsehoods, and Russia, Russia, Russia type disinformation (same sick people, here we go again),” Trump wrote, “by allowing the low rated but nevertheless one sided and slanderous Unselect Committee hearings to go endlessly and aimlessly on (and on and on!). It is a one sided, highly partisan Witch Hunt, the likes of which has never been seen in Congress before. Therefore, I am hereby demanding EQUAL TIME to spell out the massive Voter Fraud & Dem Security Breach!”

The most meaningful development within the hearings – and perhaps in a series of hearings being produced like a television show, this was the point – was Americans being given a better sense of just how much and quickly Donald Trump and Mike Pence’s relationship deteriorated.

In something reminiscent of car-crash television programming from the late 1990s, the hearing became a cavalcade of testimony undeniably meant to elicit a response of “he said what”.

“I remember hearing the word ‘wimp’,” Luna said. “Either he called him a wimp, I don’t remember if he said, ‘You are a wimp, you’ll be a wimp.’ Wimp is the word I remember.”

In one of the segments of her testimony the committee shared, Ivanka confirmed that her father had taken a harsh tone with Pence in a particular phone call.

“It was a different tone than I had heard him take with the vice president before,” Ivanka said in a clip.

Another interesting development was that the committee presented evidence that former Trump campaign advisor John Eastman continued to press Pence, or at least Pence’s subordinates, to overturn or delay certification until states wrapped fraud investigations.

“I implore you to consider one more relatively minor violation and adjourn for ten days to allow the legislatures to finish their investigations,” Eastman wrote in an email to Pence adviser Greg Jacob at 11:44 p.m. on Jan. 6.

In keeping with the “he said what” theme of the day, this revelation was followed by more charged language and old school profanity.

Jacob told the committee that Pence dismissed the request and “rubber room stuff.”

When pressed by Rep. Pete Aguilar (D-Calif.) about what the former vice president might have meant by the remark, Jacob replied Pence meant that the request was “certifiably crazy.”

When former White House attorney Eric Herschmann testified, he alleged that Eastman contacted him on Jan. 7, to discuss an appeal of Georgia’s election results.

“I said to him, ‘Are you out of your f—— mind?’” Herschmann stated. “I said, ‘I only want to hear two words coming out of your mouth for now: orderly transition.”

The committee is slated to host another public hearing on June 21.