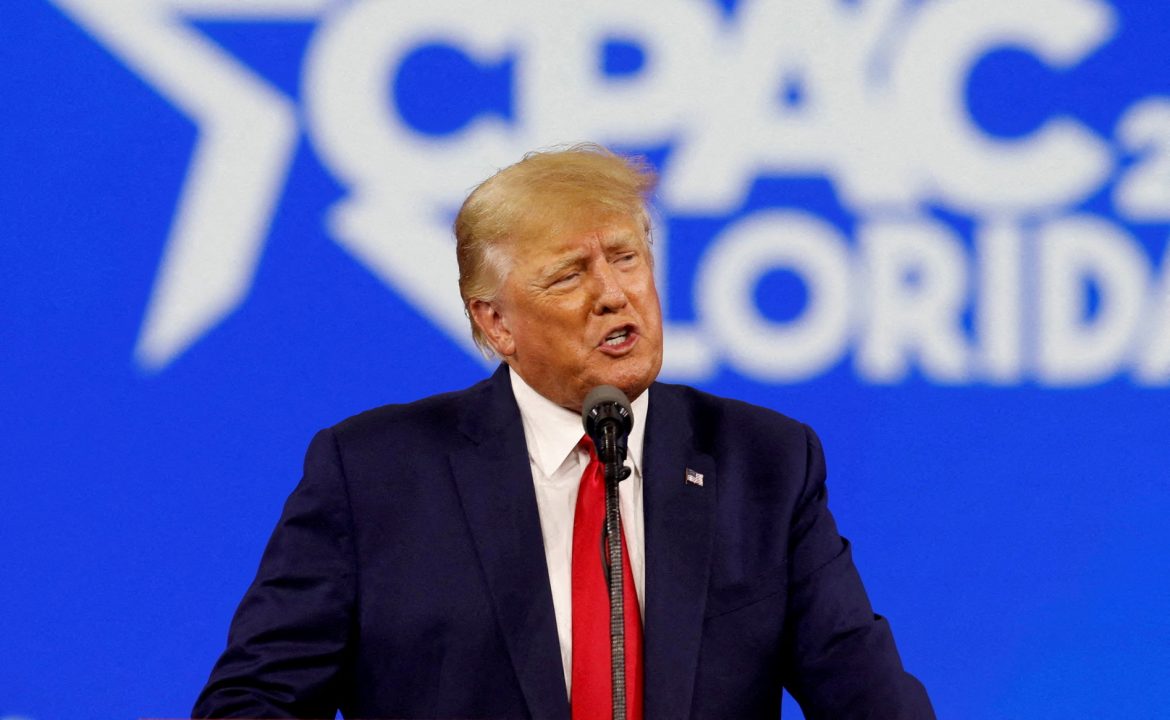 Former President Donald Trump said in an interview on Tuesday that he wasn’t interested in the role of House Speaker and laid out a plan for Republicans to regain control of Congress while saying he would wait to decide on his own political future until after the midterms.

Trump’s strategy touched on inflation, energy prices, surging crime, and more. It’s the latest hint at a potential Trump 2024 presidential election bid, an event that might leave Democrats scrambling to capture the loyalty of independent voters.

The 45th president was interviewed on Tuesday night’s episode of Just the News.  When asked about taking on the role of House Speaker if Republicans successfully recapture Congress in the mid-terms – a prospect multiple Republicans have floated recently – Trump said, “It’s not something I want.”

Instead, he promoted a campaign plan for Republicans to succeed in the next two elections. He noted the weak points of recent liberal policies as being bad on religious and second amendment rights. He also added, “They have no voter ID, defund the police, sanctuary cities, weak military, we’re gonna raise your taxes, no energy independence.”

A big concern for Democrats this campaign season is inflation. While inflation impacts all Americans, it has devastating effects on some minority voters who traditionally side with Democrats. A recent Axios-Ipsos Poll on Latino voters highlighted this stumbling block, as 34% of respondents listed inflation as their top priority, which is a huge jump from the 22% who listed it as the main concern in December.

Trump detailed his plan to get inflation back under control, saying that improving energy independence is crucial for combatting high inflation. He told Just the News that if gas prices go down, “other parts of inflation” will also go down.

The former president discussed how he thought it was more likely for the House to flip red than the Senate in the mid-terms. He pinned the blame for the difficulty to make progress in the Senate on the leadership of Senate Minority Leader Mitch McConnell, who Trump called “terrible for our country.”

In other areas of the interview, he also championed voter-id laws like Texas and Florida, the need to stabilize geopolitical relations in the Pacific by expanding NATO’s mission, and how the Biden administration’s hasty retreat from Afghanistan most likely contributed to Russian President Vladimir’s decision to invade Ukraine on Feb. 24.

At one point, Trump said that the U.S. needed to “seal up” the southern border but also had to put pressure on foreign countries to remove citizens from the U.S. who migrated illegally. Trump claimed that “almost all” of the 140 countries represented by illegal immigrants were “letting their prisoners out into the United States.” He said this was one reason why a secure border was no longer enough to protect national security, and advocated withholding foreign aid to the countries until they helped extract these criminals.

Despite detailing plans on how to “Make America Great Again” throughout the wide-ranging interview, Trump said he wouldn’t decide on a 2024 presidential bid until after the mid-terms. If Trump does choose to run, it might prove catastrophic for liberals.

The Hill detailed findings of an exclusive Harvard CAPS-Harris Poll that revealed that Trump leads Biden 47% to 41% among voters in a hypothetical 2024 run-off. A significant 12% of voters are undecided between the two according to the results, which hints that there will be a significant battle to pull independents and moderates to their side. The same poll also found that Biden’s current approval rating currently sits at a dismal 39%.

The results are even more devastating for Democrats if the 2024 election shapes into a contest between Trump and Vice President Kamala Harris. In that scenario, Trump earned 49% of the votes with only 13% of poll respondents undecided.

A Moment History: The Muslim Assassins of the Crusades