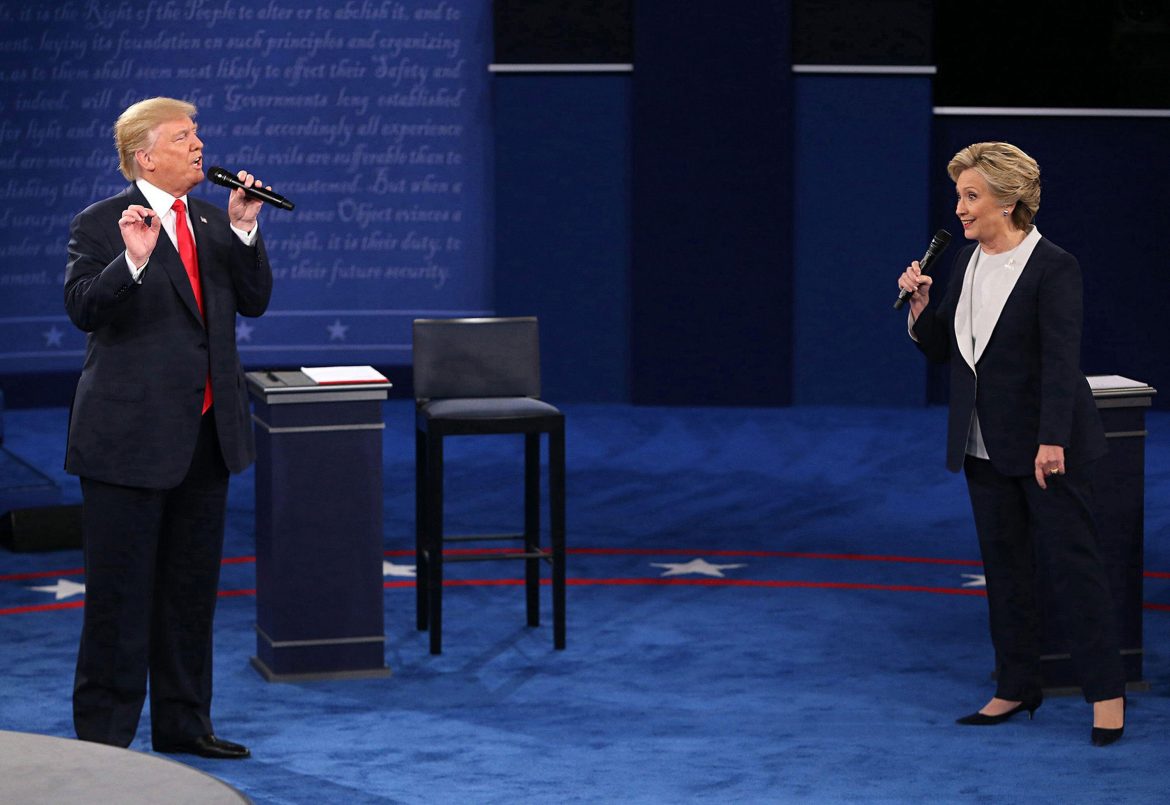 Former President Donald Trump on Thursday filed a $24 million federal lawsuit against Hillary Clinton, the Democratic National Committee, and several other high-profile figures involved in perpetuating the narrative that Trump colluded with Russia in the run-up to the 2016 election.

In the 108-page lawsuit filed in the Southern District of Florida, Trump and his legal team accuse Clinton and her operatives of fabricating the scandal in an effort to “cripple” his presidential bid by orchestrating “an unthinkable plot—one that shocks the conscience and is an affront to this nation’s democracy.”

“Acting in concert, the Defendants maliciously conspired to weave a false narrative that their Republican opponent, Donald J. Trump, was colluding with a hostile foreign sovereignty,” the suit alleges.

Trump accuses the Clinton campaign and named co-defendants of falsifying evidence, lying to law enforcement, and spying on his campaign by exploiting “access to highly-sensitive data sources.” The 45th president describes their actions as being “so outrageous, subversive and incendiary that even the events of Watergate pale in comparison.”

The suit goes on to allege that, in their efforts to “sway the public’s trust,” the defendants carried out their “nefarious” plan under the guise of opposition research and data analytics in a plot “conceived, coordinated and carried out by top-level officials at the Clinton Campaign and the DNC — including ‘the candidate’ herself — who attempted to shield her involvement behind a wall of third parties.”

Trump is asking the court for compensatory and punitive damages, noting that he has been “forced to incur expenses in an amount to be determined at trial, but known to be in excess of twenty-four million dollars ($24,000,000) and continuing to accrue, in the form of defense costs, legal fees, and related expenses.”

The defendants are also accused of violating the federal Racketeer Influenced and Corrupt Organizations Act, among other offenses.

“Look at this list of defendants,” tweeted former Trump legal advisor Jenna Ellis, attaching a copy of the complaint.

BREAKING: Trump sues Hillary Clinton, the DNC, Marc Elias, Fusion GPS, and others for conspiring to "cripple" his bid for presidency and accusations of collusion with "hostile foreign country"

“How sweet it is!  Discovery in this case will be epic!—all the evidence is on President Trump’s side” chimed in conservative podcaster and former Fox News host Lou Dobbs.

How sweet it is! Discovery in this case will be epic!—all the evidence is on President Trump’s side: #TheGreatAmericaShow

Trump SUES Hillary Clinton and others for Russia 'hoax'#TheGreatAmericaShow https://t.co/hEzUOtvyiT

The filing indicates that the Clinton campaign paid a technology company to establish an “inference” and “narrative” to present to government agencies linking Donald Trump to Russia. Clinton previously dismissed the explosive allegations as part of a “fake scandal” concocted by Trump and Fox News.