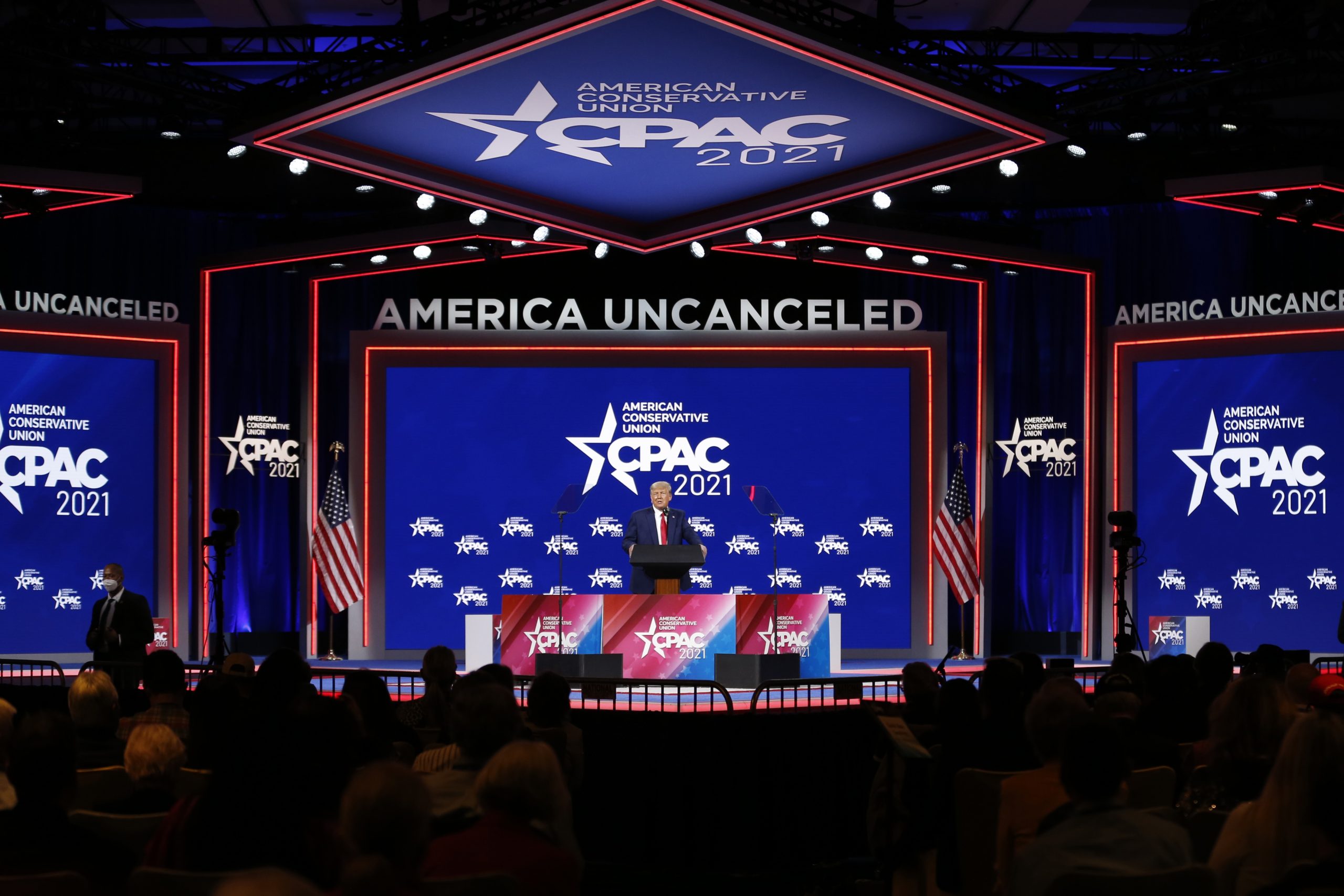 The energy was electric in and around the Hyatt Hotel in Orlando, Florida hours before Donald Trump took the stage at CPAC. A large crowd of Trump supporters gathered outside in anticipation of the former Commander-in-Chief’s arrival. Inside, conservatives of all stripes waited anxiously for his first speech since leaving office. They came for Trump, and Trump they got.

It was a classic Trump speech through and through – some parts good, some parts bad, all parts Trump. From moments of inspiring patriotic rhetoric to cringe-inducing self-puffery, one thing was clear: Trump will always be Trump.

At its core, Trump’s speech was one of hope for a vibrant and strong Conservative movement. From the outset he put to rest the rumors that he might branch off and form a new political party.  Trump declared that the Republican Party is the party of “Trumpism,” a term he would define later in his speech.

Moments where Trump laid out a vision for the Republican party were his very best, making it a shame that half the speech was devoted to touting his own record and ripping Biden. At times it felt more like an out-of-season campaign speech than anything else.

That being said, when Trump turned to the future, he provided a rallying cry for conservatives worldwide by defining “Trumpism.” For all the talk of Trumpism being some new, radical idea taking hold of the Republican party, Trump’s definition sounded a lot like something that has already been a driving force in the party: American Conservatism.

With perhaps the exception of tariffs and an emphasis on trade deals, the tenants of this “new” philosophy are anything but new for 21st century conservatives. Cutting regulation, law and order, strong military, free speech, American exceptionalism, Judeo-Christian values: anyone who says these ideas are new to the Republican party have obviously never met a conservative.  Those who say Trump has moved the party away from Christianity and towards authoritarianism would be shocked to find that “free speech” and “Judeo-Christian values” received some of the biggest applause.

By espousing Conservative principles in his own Trumpian way, he gave them a fresh coat of paint. In doing so, he gave the Republican party the tools they desperately need for the 2022 midterms – something to offer the American people. “We hate Biden” will never inspire the same as “life, liberty, and the pursuit of happiness.” The question is, ironically, whether Trump is the best face for Trumpism.

Near the end of the speech, Trump took some turns that brought this question to mind. When he brought up voter integrity, Trump offered good solutions for election security, but this quickly devolved into a rant about being cheated out of the 2020 election. Later, Trump painted a picture of the types of leaders he would endorse, but then blasted out a list Republicans who betrayed him. In both cases, Trump made the mistake of putting an emphasis on something to be against and made himself the center of attention.

Trump has given Republicans a renewed vision in a message that has always been at the heart of the Conservative movement, but he also has a nasty habit of obscuring it with his own pride. Where there is no vision, the people perish.  Despite his flaws, Trump has surely provided a vision for the American people. For putting American citizens, and their  interests first, conservatives will be forever grateful. Whether or not Trump runs again in 2024, there will come a time when Trump is gone. The task at hand is separating Trump’s message from Trump himself.

God selected Donald Trump for two terms, just because the left cheated and stole the election doesn’t make Biden president. Lin Wood and rest will prove it in time. Trump withstood attacks from all federal agencies, mainstream media
Democrats, Hollywood and Rinos. For you Mr Case to make your disgusting, disrespectful comments about somebody that has done so much for Christians, Israel and the USA is beyond my comprehension. The prophets say Trump will regain the Presidency, I have faith that will happen. CNN has an opening for you!