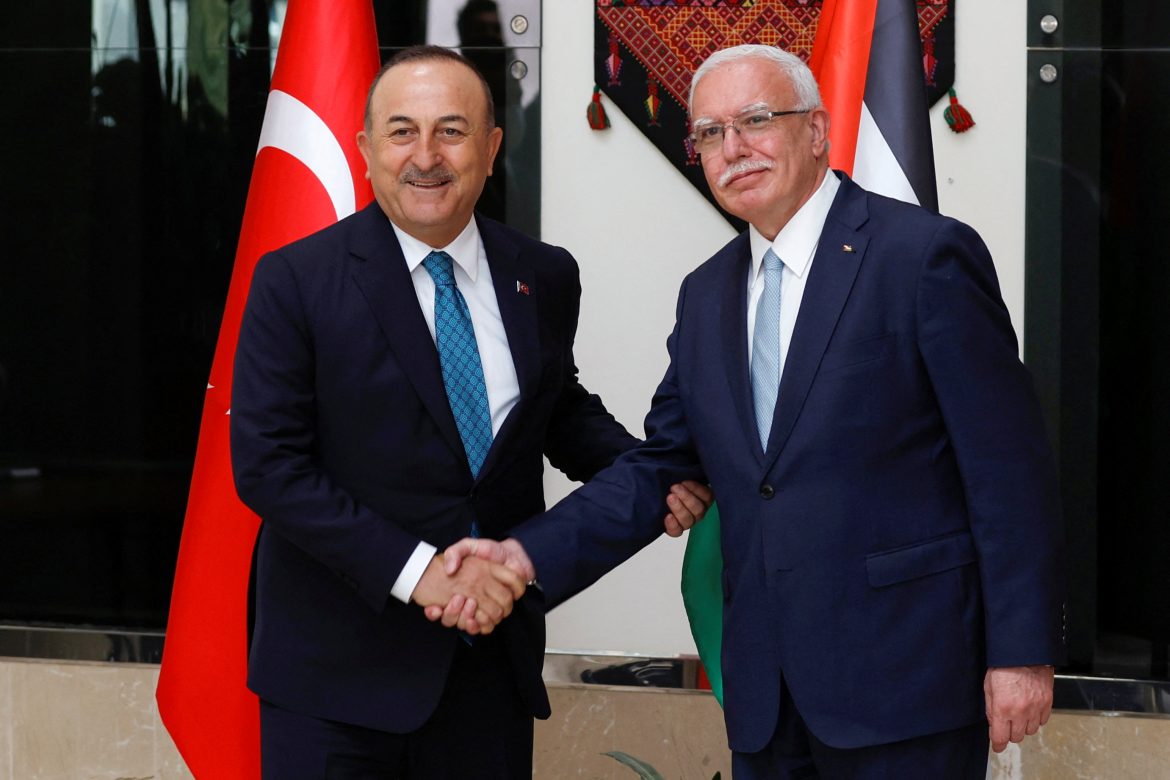 Turkish Foreign Minister Mevlut Cavusoglu started a two-day trip to the Palestinian territories and Israel on Tuesday, the first such visit by a senior Turkish official in more than a decade.

Speaking after meeting his Palestinian counterpart Riyad al-Maliki in the West Bank city Ramallah, Cavusoglu said Turkish support for Palestine would not diminish even as once frozen relations with Israel thawed.

“Our support for the Palestinian cause is completely independent from the course of our relations with Israel,” he told reporters.

He was also expected to visit Al-Aqsa Mosque in Jerusalem.

Recent confrontations between Palestinians and Israeli police at the flashpoint site, sacred to both Muslims and Jews, have raised tensions in the region.

Cavusoglu said reports of the clashes had upset Turkey. “It is important for all Muslims that the sanctity and status of the Al-Aqsa is protected,” he said.

“What we heard has reinforced our position and what we do to achieve freedom and independence,” Maliki said after the meeting.

U.S.-brokered peace talks between Israel and the Palestinians aimed at establishing an independent Palestinian state in East Jerusalem, the West Bank and Gaza, collapsed in 2014 and the two sides have not held serious talks since then.

Israel and Turkey have been working to mend their long-strained ties with energy emerging as a key area for potential cooperation. The two countries expelled ambassadors in 2018 and have often traded barbs over the Israeli-Palestinian conflict.