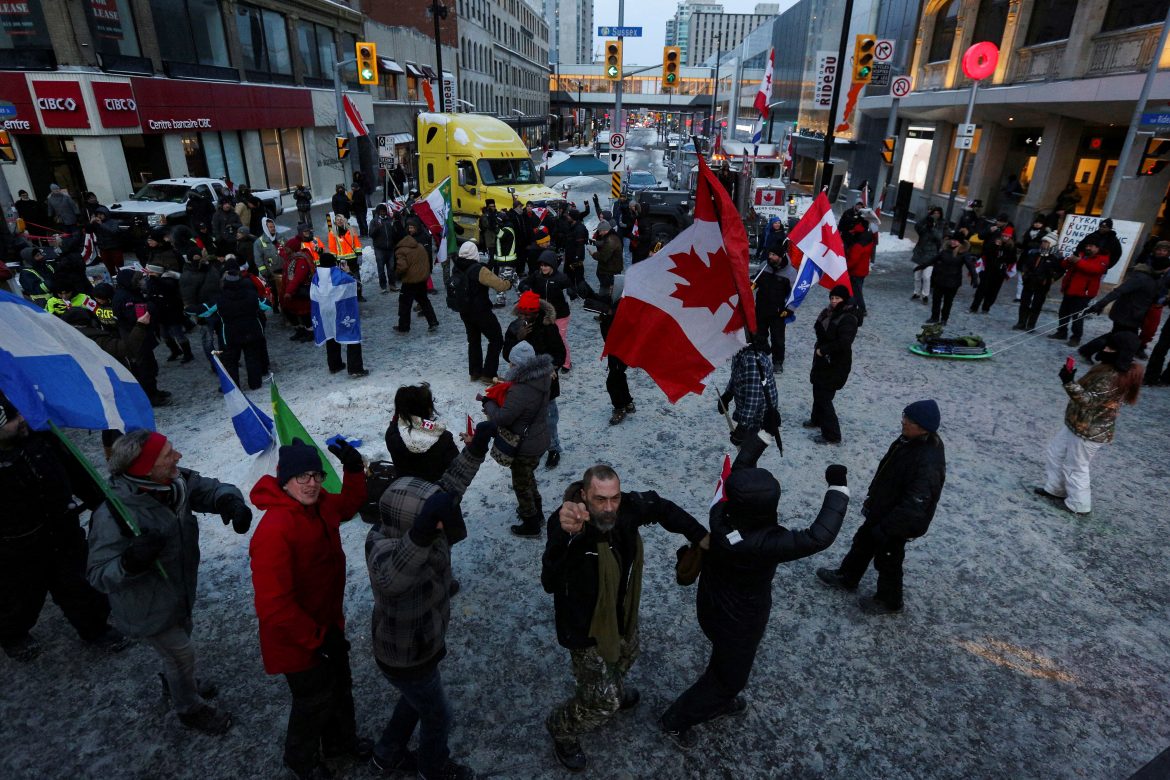 Following Canadian Prime Minister Justin Trudeau’s enactment of emergency powers to end the Freedom Convoy protest in the capital city of Ottawa, police have begun cracking down on the truckers.

“Lich was arrested Thursday evening and Barber earlier in the day by Ottawa police. Both remain in police custody and are expected to be charged criminally,” CBC reported, citing anonymous sources.

Lich, who set up the Convoy’s now removed GoFundMe account, acknowledged in a video statement that she will likely be incarcerated, but said she’s “not afraid.”

In the same message Lich encouraged the protestors to “be kind” and “show love” to reporters and “respect” to the police, while asking her supporters to pray for reporters, police, and government officials.

I want you to know that Justin Trudeau has three beautiful children, so remember that. We don’t have to like what he does, but I’m going to ask you to pray for him too. And I’m going to ask you, when you fly a f*** Trudeau sign that he has three kids just like me. I pray that you all find forgiveness in your hearts.

You must leave the area now. Anyone blocking streets, or assisting others in blocking streets, are committing a criminal offence and you may be arrested. You must immediately cease further unlawful activity or you will face charges,” the flier says. “The people of Ottawa are being denied the lawful use, enjoyment and operation of their property and you are causing businesses to close. That is mischief under the Criminal Code.