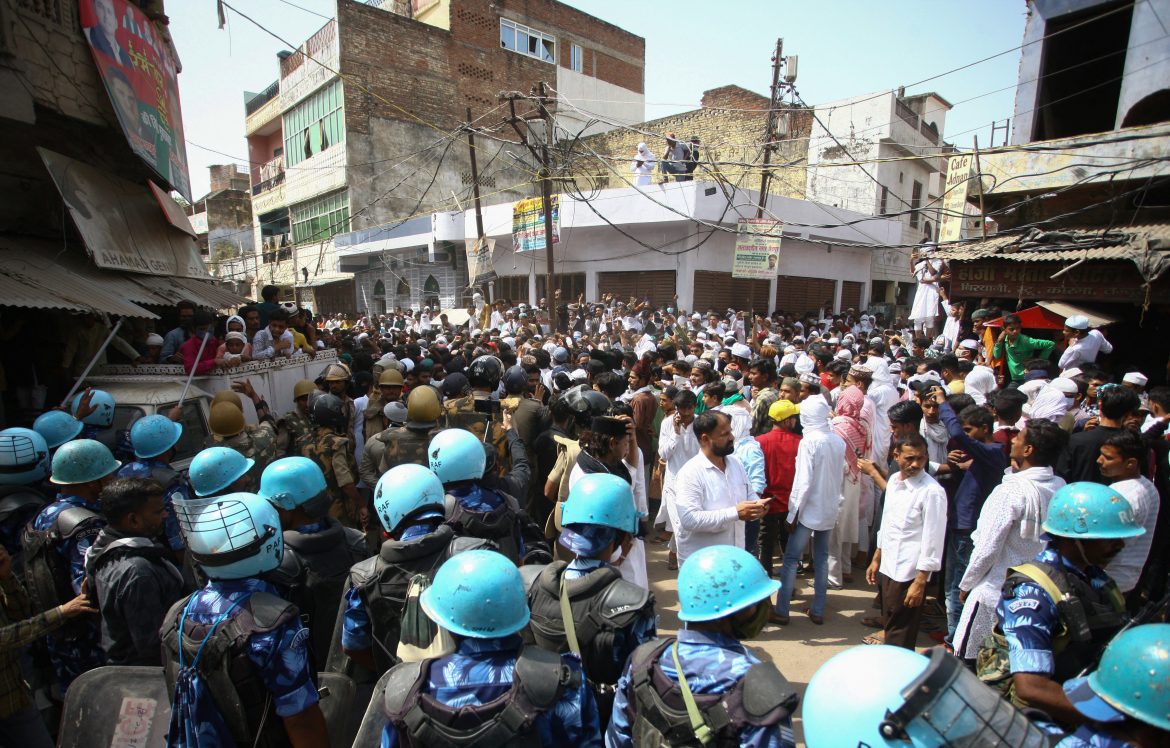 Two teenagers were killed on Friday in clashes between Hindus and Muslims in eastern India that followed derogatory remarks about the Prophet Mohammad by two ruling party officials, police said on Saturday.

Police opened fire to break up the violence in the city of Ranchi in Jharkhand state but it was not clear if the two victims were killed by the police or by rioters.

Senior police official Surendra Kumar Jha said at least 14 police officials were injured in the incident in Ranchi and other areas. A curfew was imposed and Internet services suspended to stop the unrest from escalating.

Muslims have been protesting about comments made recently by two officials from Prime Minister Narendra Modi’s Bharatiya Janata Party (BJP) about the Prophet’s private life, with the demonstrations often turning into violence between Hindus and Muslims.

The BJP has suspended its spokeswoman Nupur Sharma and expelled another leader, Naveen Kumar Jindal, for making the anti-Islamic remarks, which as well as upsetting Indian Muslims caused a diplomatic row among several Muslim countries.

The BJP – a Hindu nationalist party – said the offensive remarks did not reflect the government’s position and that the comments were made by “fringe elements”.

Party leaders have also instructed officials to be cautious when talking about religion on public platforms. Police in New Delhi said on Thursday they had filed a complaint against Sharma and others for “inciting people on divisive lines” on social media.

However, some in the minority Muslim community see this as the latest instance of pressure and humiliation under BJP rule on issues ranging from freedom of worship to the wearing of hijab head scarves.