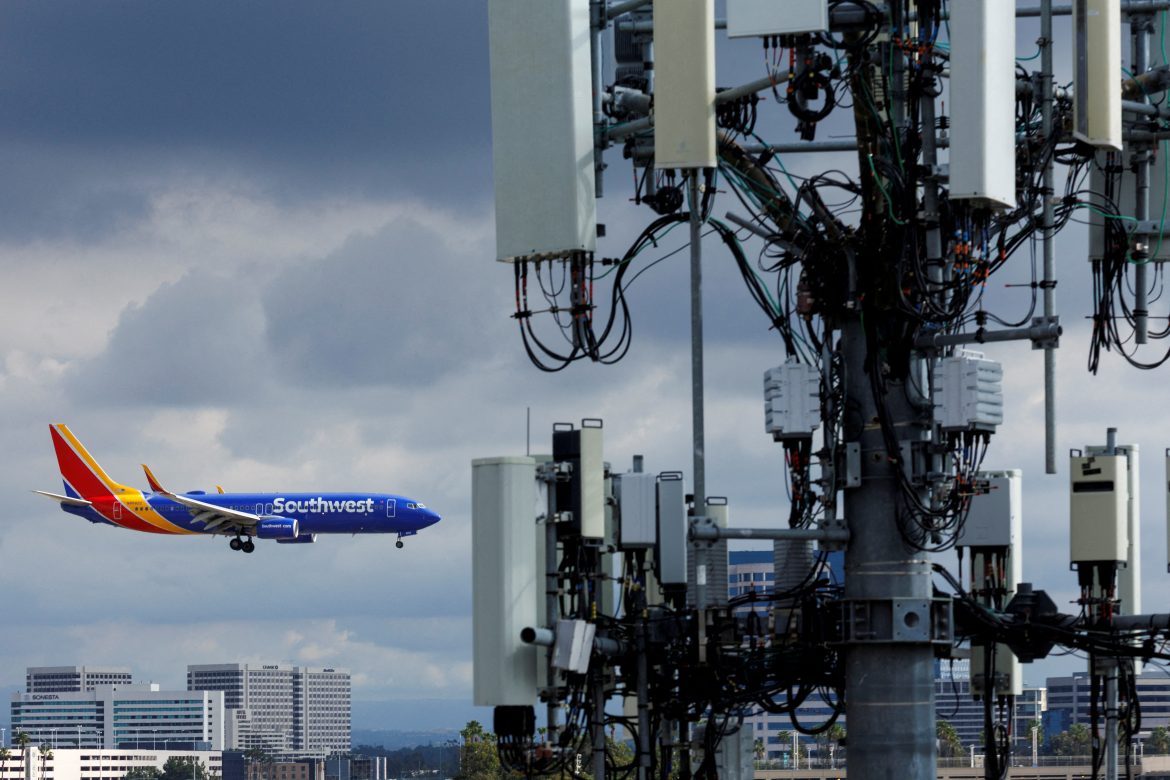 Concerns that 5G services could interfere with airplanes’ altimeters, which give data on a plane’s height above the ground and are crucial for bad-weather landing, led to disruptions at some U.S. airports earlier this year.

A letter signed by Airlines for America, Boeing Airbus, Embraer, aviation unions, and others backed the Federal Aviation Administration (FAA) request to mandate an extension of mitigation by wireless carriers as airlines retrofit radio altimeters.

“It is critical to extend these mitigations through the end of 2023 to allow airlines time to complete the retrofit,” the letter said. Because of global supply chain issues “air carriers will likely be unable to fully meet either the December 2022 deadlines for smaller regional aircraft and many large transports nor the July 2023 retrofit deadline,” it added.

“Our aviation coalition strongly believes that instead of once again waiting until the eleventh hour, now is the time for the leadership at federal agencies and the White House to implement a solution that allows 5G to move forward and avoid further flight delays and cancellations,” the letter said.

The aviation industry letter said that since January “the FAA has documented over 100 FAA incidents of potential 5G interference … Unfortunately, the U.S. government agencies do not appear to be on the same page with respect to these safety issues.”

The FAA and White House did not immediately comment.

Nolen said in his Oct. 21 letter, which was first reported by Reuters, that the FAA wants the Federal Communications Commission to mandate voluntary mitigations AT&T and Verizon agreed to earlier this year for 19 smaller telecoms and other spectrum holders.

The aviation letter Tuesday said, “inter-agency government progress appears to be at a stalemate, while stakeholders are doing their part to address these issues.”

Verizon and AT&T in June voluntarily agreed to delay some C-Band 5G usage until July 2023.

Airline CEOs on Jan. 17 had warned of an impending “catastrophic” aviation crisis that could ground almost all traffic because of the 5G deployment.

A deal struck shortly before a January deadline did not prevent dozens of foreign carriers from canceling international flights to the United States.