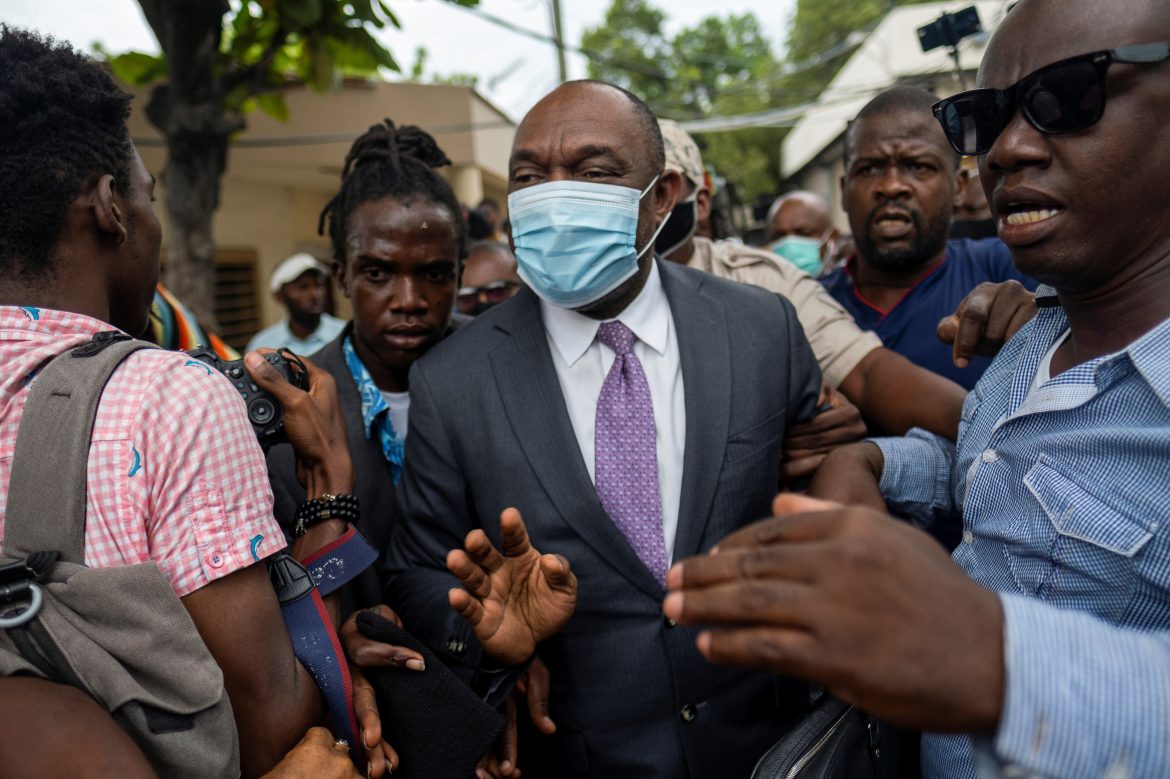 The United States and Canada on Friday imposed sanctions on two Haitian politicians, including the president of the country’s Senate, as Washington accused them of abusing their positions to traffic drugs and collaborate with gang networks in the country.

The sanctions target Haitian Senate President Joseph Lambert and Youri Latortue, who served as president of the chamber from 2017 to 2018, the U.S. Treasury Department and Canada’s foreign ministry said in separate statements.

“Joseph Lambert and Youri Latortue have abused their official positions to traffic drugs and collaborated with criminal and gang networks to undermine the rule of law in Haiti,” the U.S. Treasury’s Under Secretary for Terrorism and Financial Intelligence Brian Nelson said.

“The United States and our international partners will continue to take action against those who facilitate drug trafficking, enable corruption, and seek to profit from instability in Haiti,” he added.

The sanctions essentially freeze any assets Lambert and Latortue may hold in the United States or Canada and generally bar Americans from dealing with them.

Latortue in an interview with Haitian broadcaster Radio Television Caraibes denied the accusations against him and said U.S. officials had ignored his advice on police training and strategies to confront gangs.

“They trained the police and today they’ve inherited what they had trained,” said Latortue.

“I had said ‘Here is how we have to fight in Haiti.’ Ever since they were not happy.”

Lambert and Prime Minister Ariel Henry’s office did not immediately respond to requests for comment.

The U.S. State Department also designated Lambert, barring him from traveling to the United States over accusations of involvement in “significant corruption and gross violation of human rights.”

U.S. Secretary of State Antony Blinken said there was credible information of Lambert’s involvement in gross violation of human rights during his tenure, citing an extrajudicial killing.

Canada and the United States did not identify which Haitian gangs they believed were tied to the officials.

Haiti’s gangs have expanded their power since the shocking 2021 assassination of President Jovenel Moise, and Henry has faced difficulties in restoring order to the country.

Sources on Thursday said Haitian police have taken control of a fuel terminal that had been blockaded by armed gangs since September, ending a standoff that triggered a humanitarian crisis and talks of foreign military intervention.

Alleged Pelosi assailant was in US illegally, could be deported