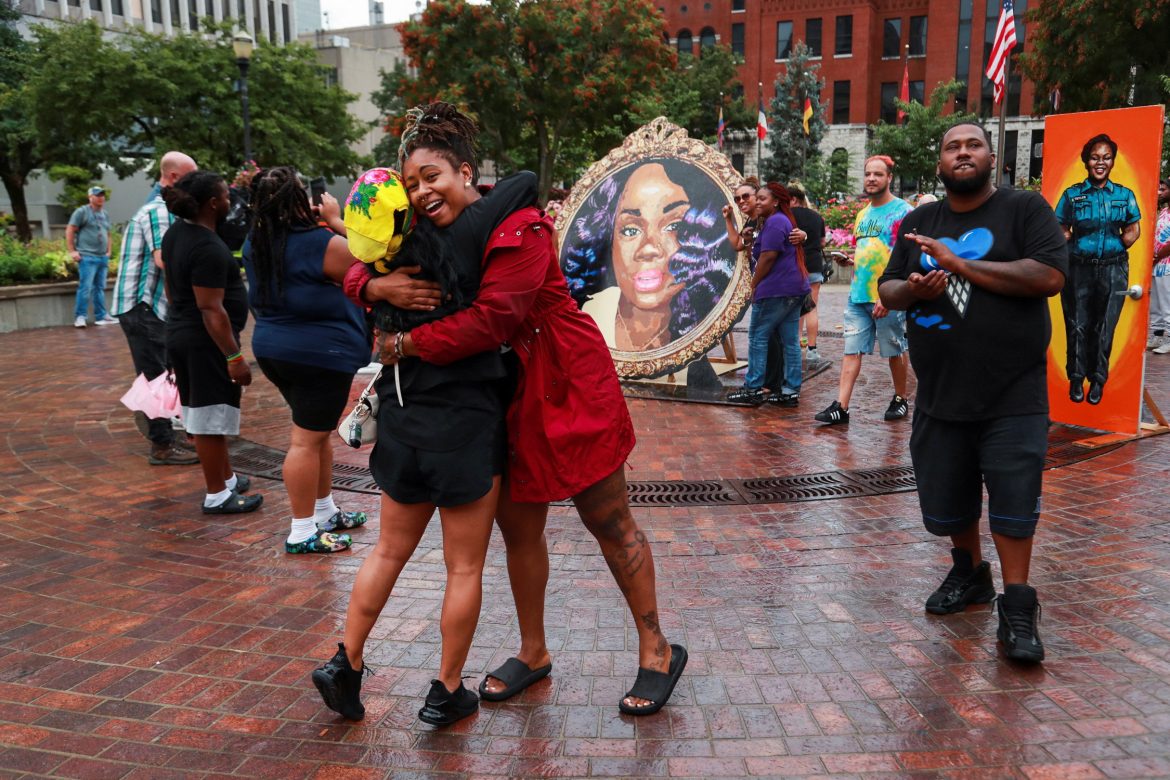 U.S. prosecutors on Thursday charged four current and former Louisville, Kentucky, police officers for their roles in the botched 2020 raid that killed Breonna Taylor, a Black woman who was in her home, in a case that sparked nationwide protests.

The charges represent the Justice Department’s latest effort to crack down on what they call abuses and racial disparities in policing, following the Black Lives Matter protests of recent years.

Former Louisville Metropolitan Police Department Detective Joshua Jaynes and current Sergeant Kyle Meany were charged with civil rights violations and obstruction of justice for using false information to obtain the search warrant that authorized the botched March 13, 2020 raid that killed Taylor in her home, the Justice Department said. Current Detective Kelly Goodlett was charged with conspiring with Jaynes to falsify the warrant and then cover up the falsification.

“Breonna Taylor should be alive today,” Garland told a news conference. “The Justice Department is committed to defending and protecting the civil rights of every person in this country. That was this department’s founding purpose, and it remains our urgent mission.”

The death of Taylor, a 26-year-old emergency medical technician, was one in a trio of cases that fueled a summer of protests against racial injustice and police violence two years ago, in the early months of the COVID-19 pandemic.

“Today was a huge step toward justice,” lawyers for the Taylor family said in a statement following the news.

Louisville police on Thursday began the process of firing Meany and Goodlett, the department said in a statement. Hankison and Jaynes were previously fired by the department.

The Justice Department also is conducting an investigation into whether the Louisville Metro Government and Louisville police engaged in a pattern or practice of abusing residents’ civil rights.

Louisville police were investigating alleged drug trafficking when they broke down the door of Taylor‘s home in a “no-knock” raid, leading her boyfriend, who was carrying a legally owned firearm, to shoot at the officers, who then fired 22 shots into the apartment, killing Taylor, prosecutors said.

Hankison, prosecutors said, moved away from the door, firing 10 shots into Taylor‘s apartment through a window and a glass door that were covered with blinds and curtains.

Hankison told a Kentucky grand jury that he opened fire once the shooting started. As he saw flashes light up the room, he said, he mistakenly believed one of the occupants was firing an assault-style rifle at his colleagues. Instead, mostly what he heard was other police firing their weapons.

Prosecutors said Jaynes and Goodlett met in a garage days after the shooting to agree on a false story to cover for the false evidence they had submitted to justify the botched raid.

Lawyer Stew Mathews, who represented Hankison at a trial in Jefferson County Circuit Court where he was acquitted in March of wanton endangerment, said he had spoken Thursday morning with the former detective as he was on his way to surrender to the FBI.

Mathews said the federal charges looked similar to the previous state charges Hankison had faced. Until Thursday, Hankison had been the only officer to face charges in connection with the raid.

“I’m sure Brett will be contesting this just like he did the other indictment,” Mathews said.

Lawyer Thomas Clay, who represents Jaynes, could not be immediately reached for comment. It was not immediately clear if Meany and Goodlett had attorneys.

The killing of Taylor, along with other high-profile 2020 killings of George Floyd in Minneapolis and Ahmaud Arbery in Brunswick, Georgia, sparked nationwide protests.