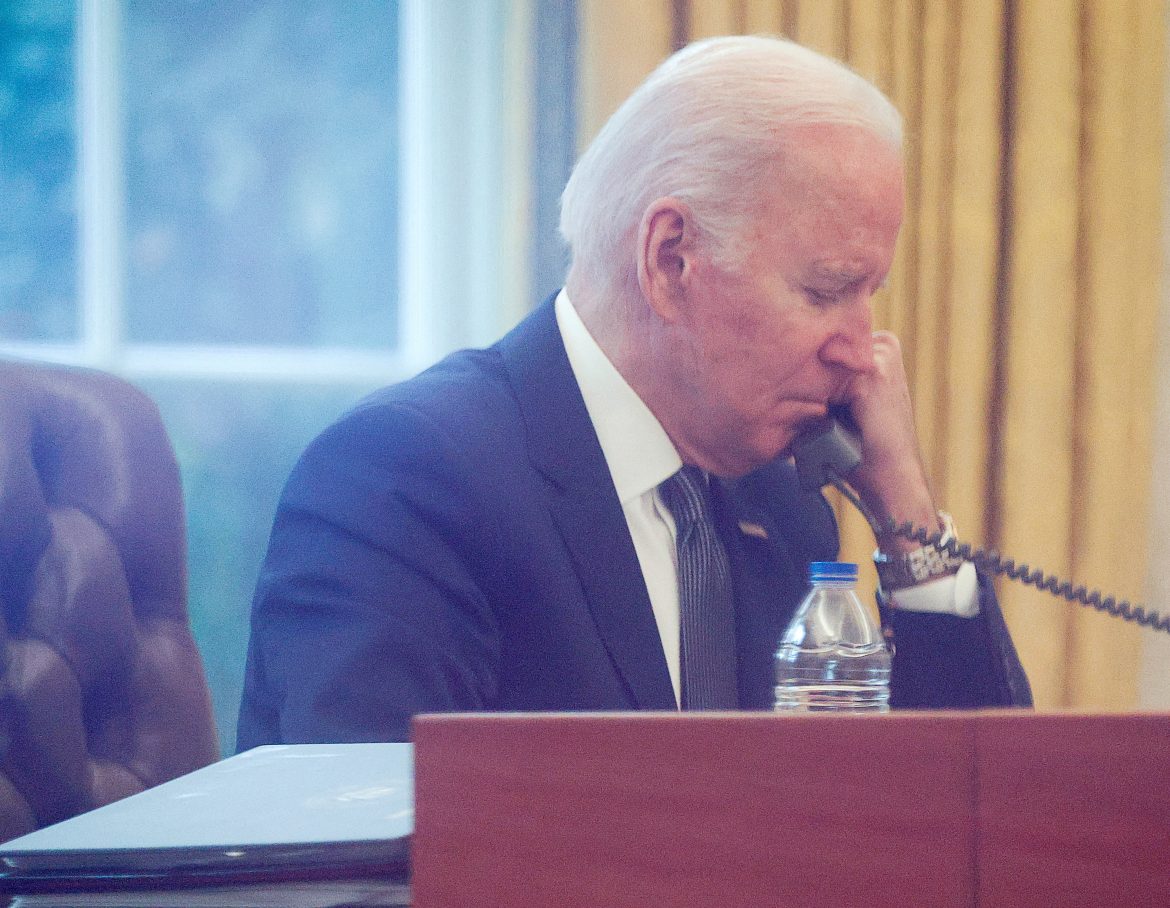 A NATO diplomat has confirmed reports that President Biden is considering moving some U.S. troops stationed in Western Europe to the Baltics and Eastern European allies, along with warships and aircraft, as fears of a Russian attack on Ukraine mount.

“This has to do with American troops that are already in [Western] Europe,” the diplomat told Reuters on condition of anonymity, adding that the military transfer would take place gradually over a period of weeks.

The president is also purportedly considering deploying naval vessels to conduct port visits on NATO allies who may feel threatened.

NATO on Monday said it was putting forces on standby and reinforcing eastern Europe with additional ships and fighter jets.

Biden spoke with advisors at a Sunday briefing at Camp David to go over various possible scenarios concerning how the U.S. might respond to a Ukraine invasion, including sending 3,000 to 5,000 troops to Romania, Estonia, Latvia and Lithuania as part of a broader NATO effort.

The move, if taken, would signal a major pivot away from Biden’s more phlegmatic stance on Russia’s provocations against Ukraine up to this point which primarily focused on economic sanctions. The President last month told reporters that putting American boots on the ground in Ukraine was “off the table.”

Some are questioning whether the about-face is due, at least partially, to the administration’s possible unpreparedness to evacuate Americans out of Ukraine and concerns of a repeat of the disastrous Afghanistan withdrawal during which hundreds of Americans were left stranded. The Biden administration on Sunday ordered American diplomats and embassy family members in Ukraine to depart and is urging American citizens in the country to leave due to the threat of military action by Russia.

Fox News correspondent Jennifer Griffin tweeted on Sunday that the State Dept. had warned that the Biden administration was unprepared to evacuate U.S. citizens from Ukraine and that “US citizens. currently present in Ukraine should plan accordingly”:

From State Dept call: “Given that the President has said military action by Russia could come at any time. The US government will not be in a position to evacuate US citizens. So US citizens, currently present in Ukraine should plan accordingly.” Arrange commercial flights.

White House Press Secretary Jen Psaki was asked Friday whether the president has a plan to evacuate U.S. citizens from Ukraine if necessary.

“We do conduct rigorous contingency planning, as we always do in the event of the security — any security situation deteriorates in any country around the world. The State Department does that assessment,” Psaki responded, adding, “I would point you to them for any predictions or previews of any steps they may take.”

Asked if the White House was making an effort to identify and manage Americans in Ukraine, Psaki responded, “We don’t put a [micro]chip on Americans when they go to countries around the world and track their movements. People can register at the State Department. That’s something they do.”

Representative Andy Biggs (R-Ariz.) took to Twitter on Monday to point out the similarities between the current Ukraine situation to the Afghanistan debacle.

Americans are still stranded in Afghanistan, and thanks to Biden, we can't evacuate Americans from Ukraine.

Biden is not only the America Last president, but the president who leaves Americans behind.

The White House has acknowledged that roughly 80 Americans remain stuck in Afghanistan, despite President Biden’s pledge in August to use “every resource necessary” to evacuate “any American who wants to come home.”  Conservative lawmakers estimate the number to be much higher.

Tax season is here, and the IRS will soon need your face to access your transcripts