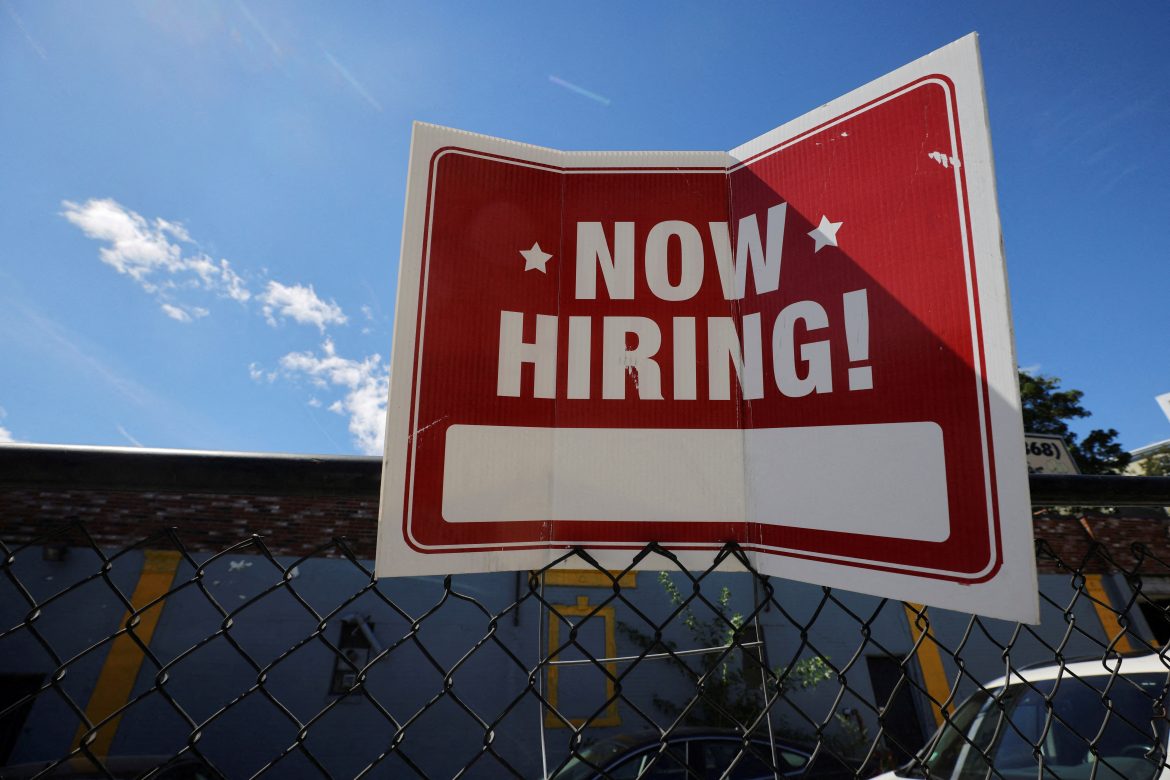 U.S. job growth increased more than expected in October, but the pace is slowing and the unemployment rate rose to 3.7%, suggesting some loosening in labor market conditions, which would allow the Federal Reserve to shift towards smaller interest rates increases starting in December.

The Labor Department’s closely watched unemployment report on Friday also showed annual wages increasing at their slowest pace in just over a year last month. Household employment decreased and the employment-to-population ratio, viewed as a measure of an economy’s ability to create employment, for prime-age workers fell by the most in 2-1/2 years.

“The foundation of the labor market strength story fades a little when you pull back the tarp and look more closely at the details,” said Christopher Rupkey, chief economist at FWDBONDS in New York. “The report to us looks like payroll jobs growth will falter in coming months as companies batten down the hatches as the Fed continues to take away the economy’s punch.”

The survey of establishments showed nonfarm payrolls increased 261,000 last month, the smallest gain since December 2020. Data for September was revised higher to show 315,000 jobs added instead of 263,000 as previously reported.

The government said Hurricane Ian, which lashed Florida and the Carolinas in late September, “had no discernible effect on the national employment and unemployment data for October.”

The Fed on Wednesday delivered another 75 basis point interest rate hike and said its fight against inflation would require borrowing costs to rise further. But the U.S. central bank signaled it may be nearing an inflection point in what has become the fastest tightening of monetary policy in 40 years.

The “birth-death” model, which the government uses to estimate how many companies were created or destroyed, showed a jump in new business creation estimates, which some economists said could have artificially boosted payrolls.

The birth-death add-factor to the non-seasonally adjusted level of payrolls was 455,000, exceeding the previous October-high of 363,000 in 2021.

“This is well above the 18-year average of 140,000,” said Sarah House, a senior economist at Wells Fargo in Charlotte, North Carolina. “Technical factors related to the birth-death model appear to be flattering the nonfarm payroll numbers.”

Others were, however, were skeptical, noting that the large birth-death factor followed a 172,000 drop in September.

Stocks on Wall Street were narrowly mixed. The dollar fell against a basket of currencies. U.S. Treasury prices were mixed.

Job growth has persisted as companies replace workers who have left. But with recession risks mounting because of higher borrowing costs, this practice could end soon. A survey from the Institute for Supply Management on Thursday found some services industry companies “are holding off on backfilling open positions,” because of uncertain economic conditions.

Average hourly earnings increased 0.4% after rising 0.3% in September. Wages climbed 4.7% year-on-year, the smallest gain since August 2021, after advancing 5.0% in September as last year’s large increases fell out of the calculation.

Other wage measures have also come off the boil, which bodes well for the inflation outlook. Inflation data next week is expected to show the annual increase in consumer prices slowing to below 8% for the first time this year.

But with inflation shifting to services, the battle against higher prices will be a long one.

“While there is slowing in the pace of labor market activity, that slowing has been much too gradual and today’s report leaves the Fed on track to hike at least 50 basis points at next month’s meeting,” said Michael Feroli, chief U.S. economist at JPMorgan in New York.

About 22,000 people dropped out of the labor force, pushing the participation rate, or the proportion of working-age Americans who have a job or are looking for one, to 62.2% from 62.3% in September.

The employment-to-population ratio for workers in the 25-54 age group dropped 0.4 percentage points to 79.8%. The decline was the largest since April 2020.

The rate at which unemployed people are finding jobs slowed to 26.7% from 28.6% in September.

“There’s some very clear signs of slowdown, and that could be a moderation, but depending on a variety of factors that moderation can turn into a deterioration,” said Nick Bunker, head of economic research at the Indeed Hiring Lab. “The hope is that the labor market is merely returning to a more normal pace, rather than sitting dead in the water.”