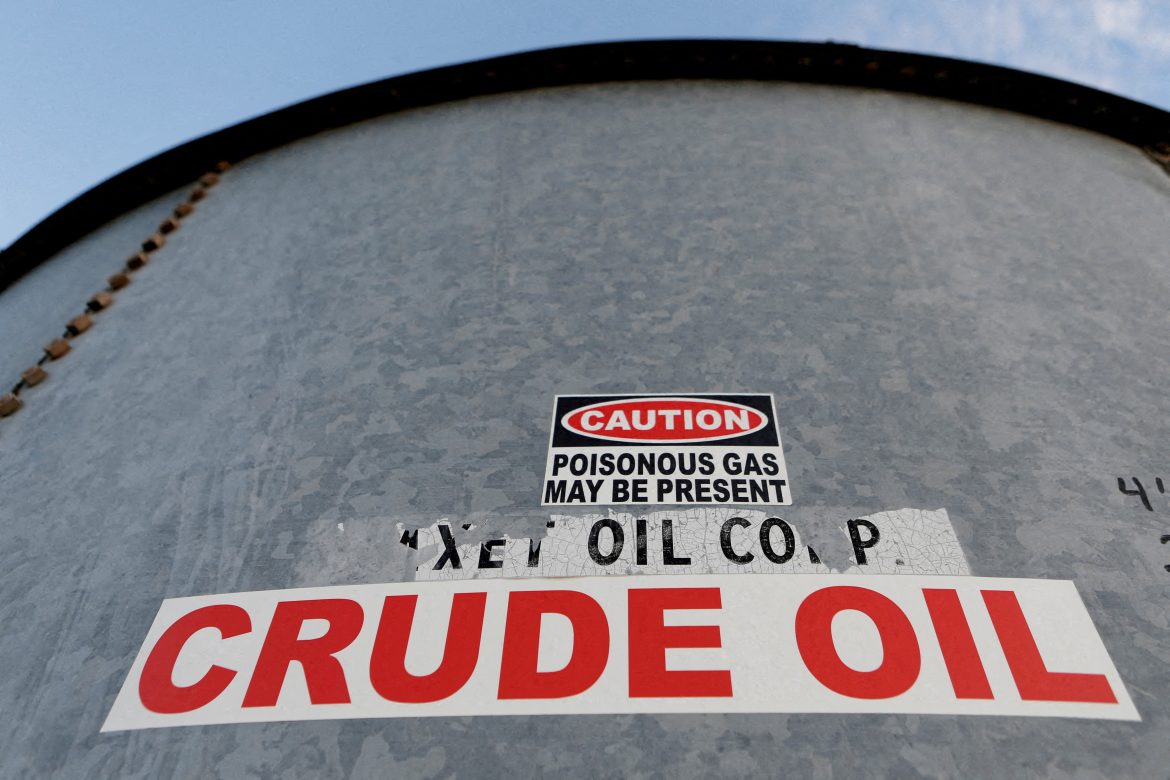 The loss of 4.6 million barrels from the U.S. emergency crude oil stockpile means that reserve levels are now at the lowest they’ve been in nearly 40 years.

The announcement came from the Department of Energy (DOE) on Monday, where they said that the Strategic Petroleum Reserve (SPR) dropped to 469.9 million barrels for the week ending on July 29. Although DOE data shows this week had the smallest loss seen since May, crude supplies still dropped to a level not seen since May 1985.

FISM News reported last month that while the Biden administration publically proclaimed it was tapping the SPR to ease gas prices in the U.S., it was also selling millions of barrels of the oil to foreign competitors and adversaries, including China.

Numerous Republican senators introduced a bill, the No Emergency Crude Oil for Foreign Adversaries Act, to prevent such sales. It currently sits in the Committee on Energy and Natural Resources. Democrats blocked a similar bill in the House in July.

Just eleven months ago, in September, the SPR held about 618 million barrels of crude oil. However, amid soaring gas prices and fears of a global energy crunch, President Joe Biden pledged to release 1 million barrels per day for six months to help drive prices down.

“Just to provide you all an update on where we are currently with gas prices, we have now been falling for almost seven straight weeks. As of this morning, gas prices have dropped 81 cents per gallon since their peak in June,” White House Press Secretary Karinne Jean-Pierre said yesterday.

She added that the average family with two cars is “saving $80 a month” with an average price per gallon under $3.99 in 19 different states. Citing a report from last week, Jean-Pierre said, “The Treasury Department estimates that the historic release of oil by President Biden and international partners has reduced gas prices by up to about 40 cents per gallon.”

The price for a gallon of gas reached over $5 for the first time in U.S. history on June 9. AAA reports today’s national average as $4.189.

Senator Ted Cruz, R-Texas, pointed out that it was largely Biden’s policies that made gas so expensive in the first place, and called the large-scale release of the SPR “reckless.”

President Biden’s energy policy has been a complete failure and his release of oil from the Strategic Petroleum Reserve was reckless! pic.twitter.com/g64vTjIcL2

Biden, whose support has fallen drastically in the months since he took office, has been quick to credit his administration for the price reduction. However, as FISM recently noted, a falling demand among Americans searching to save money amid fears of a recession has also contributed to the lowered prices.

The fifth batch of oil is planned for release soon. The DOE is currently collecting bids from accredited oil companies.

Although Biden authorized the release of 1 million barrels a day, the DOE reported that the average has been 880,000 barrels daily since May.

The Biden administration announced last week it will allow the DOE to enter into fixed-price purchase contracts. Proposed rulemaking for this process has not yet been finalized, but the government is hopeful that it will stimulate domestic oil production.

How the CIA identified and killed Al-Qaeda leader Zawahiri