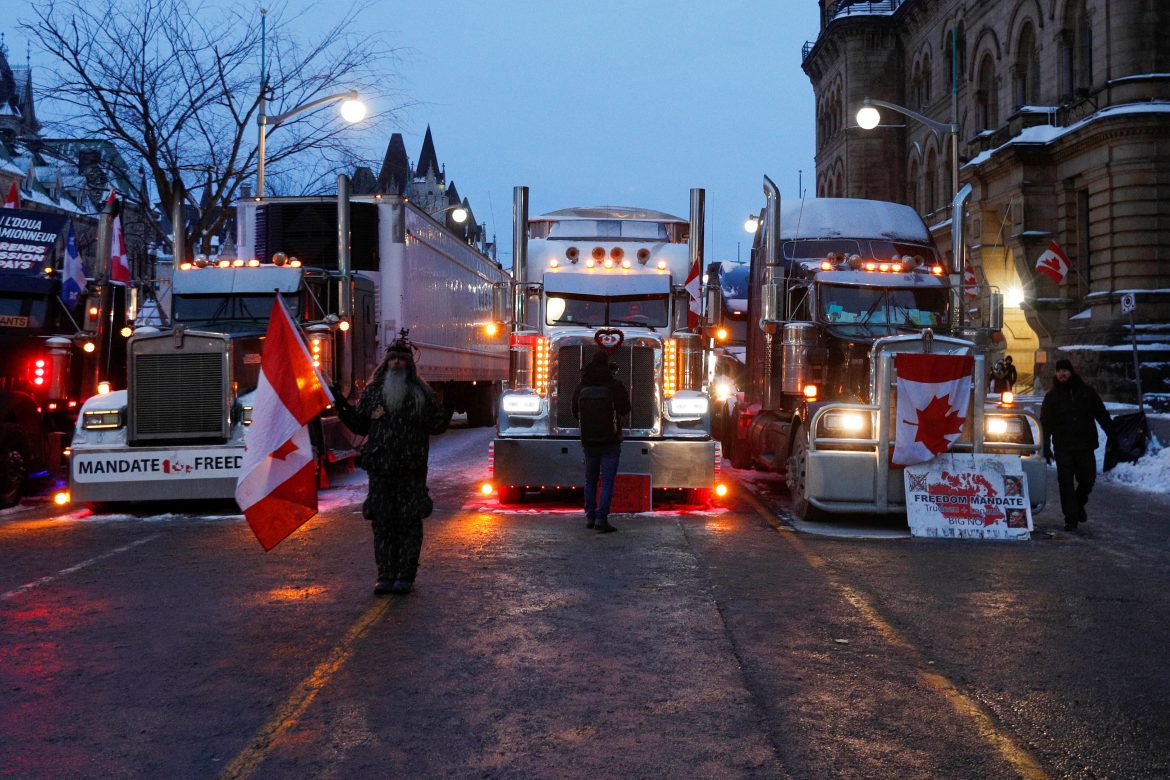 Some U.S. Republicans on Saturday vowed to investigate GoFundMe’s decision to take down a page accepting donations in support of protesting truckdrivers in Canada, although GoFundMe early Saturday already said it would simply refund all donations.

The Freedom Convoy 2022 began as a movement against a Canadian vaccine requirement for cross-border truckers but has turned into a rallying point against public health measures in Canada. It has also gained increasing support among U.S. Republicans, including former President Donald Trump.

Florida Governor Ron DeSantis said on Saturday it was fraud for GoFundMe to “commandeer” $9 million in donations sent to the Freedom Convoy in support of the truckdrivers and said he would work with his state’s attorney general, Ashley Moody, to investigate. “These donors should be given a refund.”

But hours before DeSantis posted his statement on Twitter, GoFundMe said in a tweet that it had revised its original plan on how to handle funds already donated to support the truckdriver protest, saying that all donations would be refunded.

“This refund will happen automatically — you do not need to submit a request. Donors can expect to see refunds within 7-10 business days,” GoFundMe said in its tweet.

GoFundMe took down the Freedom Convoy 2022 fundraiser page on Friday, saying it violated its terms of service. At the time it said donors would have two weeks to request a refund, with any remaining funds distributed to “credible and established charities.”

West Virginia and Louisiana attorneys general were among those who called on constituents to let them know if they had been a donor.

“My office will be looking into whether or not #GoFundMe violated our state law. If you are a Louisiana donor to the #FreedomConvoy, please contact my #ConsumerProtection Section!” Jeff Landry, attorney general in Louisiana, said on Twitter on Saturday.

GoFundMe did not immediately respond to Reuters requests for comment.

Protesters have shut down downtown Ottawa, the Canadian capital, for eight days now, with some participants waving Confederate or Nazi flags and some saying they wanted to dissolve Canada’s government. To the increasing fury of residents, Ottawa police have largely stood by and watched as some protesters smashed windows, threatened reporters and healthcare workers, and abused racial minorities.

Toronto, Canada’s largest city, and other cities braced for disruptions on Saturday as protests spread from Ottawa, raising fears of clashes with counter-protesters.

Donald Trump Jr., the eldest son of the former president, on Twitter late Friday called for all Republican attorneys general to look into GoFundMe’s move.

A Google search leads Tennessee man to church and salvation