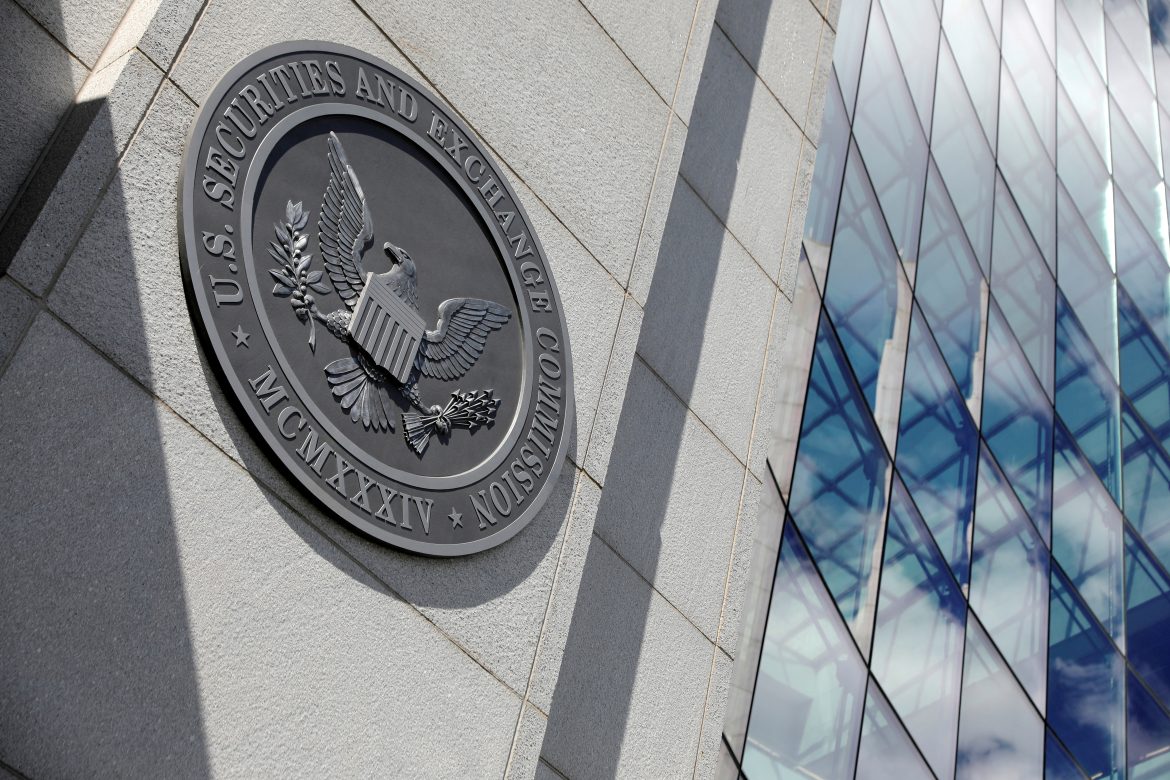 The U.S. Securities and Exchange Commission (SEC) on Wednesday proposed a rule to improve the quality of disclosures it receives from large hedge funds about their investment strategies and leverage.

The rule, which was proposed in conjunction with the Commodity Futures Trading Commission (CFTC), is part of a broader regulatory effort to increase the transparency of private funds amid worries the industry is a growing source of systemic risk.

The proposal confirmed a Reuters report on Tuesday.

It would expand reporting requirements for advisers and large hedge funds with a net asset value of at least $500 million when filing so-called Form PF with the SEC.

Introduced following the 2007-2009 global financial crisis, Form PF is the primary method used by private funds to disclose confidentially to the SEC purchases and sales of securities.

The new rule would require funds to provide more details on their investment strategy and exposure, including borrowing and financing arrangements, open positions, and certain large positions. It would also require large hedge funds to report their cryptocurrency exposure, the SEC’s Democratic chair, Gary Gensler, said.

“We’ve tried to take a measured approach, but add to the detail in the context of systemic risk,” he told reporters.

The securities regulator – consisting of five voting members including Gensler – voted 3-2 to propose the measure, which is subject to public consultation before it can be adopted.

The proposal follows a January draft rule to improve other Form PF disclosures.

Critics argue that while the sector ballooned following the 2007-2009 financial crisis, regulatory scrutiny of private funds – which are heavy users of borrowed financing – has not kept up.

The International Organization of Securities Commissions, which comprises regulators across the world, said in a January report that some private fund leverage is being hidden from view.

SEC Commissioner Hester Peirce, a Republican, on Wednesday criticized the proposal, saying the information was unnecessary and that private fund investors – insurance companies, endowments, pension funds and high-net-worth individuals – were capable of assessing their own risks.

“Why we need the new information and what we plan to do with it are questions left to the reader’s imagination,” Peirce said in a statement prepared for the open meeting.

Industry groups, including the Alternative Investment Management Association and the Managed Funds Association (MFA), said the proposed changes were onerous and could duplicate existing reports.

“The SEC should focus on better utilizing (existing) information rather than imposing new burdens on fund managers,” the MFA’s chief executive, Bryan Corbett, said in a Wednesday statement.

Pastors say ‘comfort’ is the idol most influencing U.S. Christians