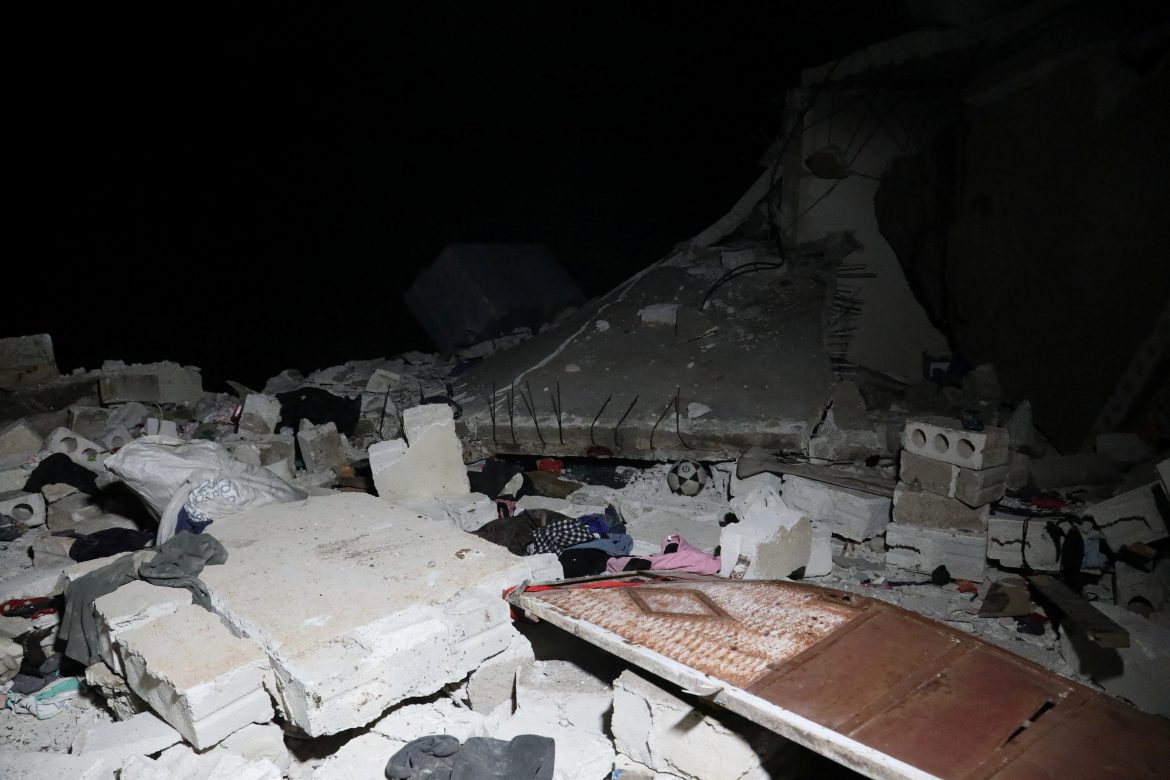 The clandestine operation occurred shortly after midnight in Atmeh, a village in the rebel-held Idlip Province near the Turkish border. There were no American casualties, according to a brief statement issued by Pentagon Press Secretary John Kirby shortly after the raid.

President Biden confirmed the operation and its outcome in a Thursday morning briefing:

Last night at my direction, U.S. military forces in…northwest Syria successfully undertook a counterterrorism operation to protect the American people and our Allies, and make the world a safer place. Thanks to the skill and bravery of our Armed Forces, we have taken off the battlefield Abu Ibrahim al-Hashimi al-Qurayshi—the leader of ISIS. All Americans have returned safely from the operation. I will deliver remarks to the American people later this morning. May God protect our troops.

Witnesses on the ground said U.S. commandos targeted a home in Atmeh shortly after midnight, according to Reuters. Nearby residents reported seeing helicopters in the sky and hearing U.S. forces shouting through loudspeakers, urging women and children to leave the area, before the scene erupted in heavy gunfire and explosions.

US @POTUS @JoeBiden has claimed in press to have carried out an air strike in Syria.

This has resulted in neutralizing 13 ISIS Terrorist including their ISIS head Abu Ibrahim al-Hashimi al-Qurayshi pic.twitter.com/o9YchfMbRJ

Rescue workers said that at least 13 people, including six children and four women, were killed by explosions, which an unnamed U.S. official attributed to the target. It was later revealed that al-Qurayshi detonated a suicide vest he was wearing at the time of the raid.

Reuters reports that a video taken by a resident showed what appeared to be the bodies of two children and a man lying amongst rubble left behind after a structure exploded. Additional footage showed rescue workers loading what looked like a child’s body wrapped in a plastic sheet being loaded into an emergency vehicle as well as additional body bags inside the ambulance. Reuters said they have been unable to independently verify the videos, which also purportedly show workers searching for survivors among pieces of concrete and household items scattered around the site.

An unnamed Syrian male said he witnessed aircraft in the sky shortly after midnight followed by the sound of amplified voices yelling, “Surrender, the house is surrounded.”

“We heard fire. There was shelling from airplanes and machine guns,” the man said.

Another witness reported seeing multiple bodies at the scene, saying “There was blood everywhere.” He also said that one of the U.S. helicopters was blown up by American forces after it appeared to have experienced some sort of mechanical failure. This is a common practice of the U.S. military, as to not leave sensitive military materials behind that can be repurposed by enemy forces.

The U.S.-led coalition has targeted several high-profile Islamic militants in recent years, including a 2019 special ops raid that killed Islamic State leader Abu Bakr al-Baghdad, a 2017 airstrike in Syria that resulted in the death of al-Qaida’s second-in-command Abu al-Kheir al-Masri, and a 2011 attack in Pakistan that took down Osama bin Laden.

U.S. officials say the strike was part of a broader initiative to cripple a secretive extremist al-Qaeda-linked cell known as the Khorasan group said to be planning external attacks, according to an AP report.

Threats from the Islamic State group have been on the increase in Syria and Iraq – thanks, in part, to the lack of central control in several areas – and attacks are becoming more frequent.