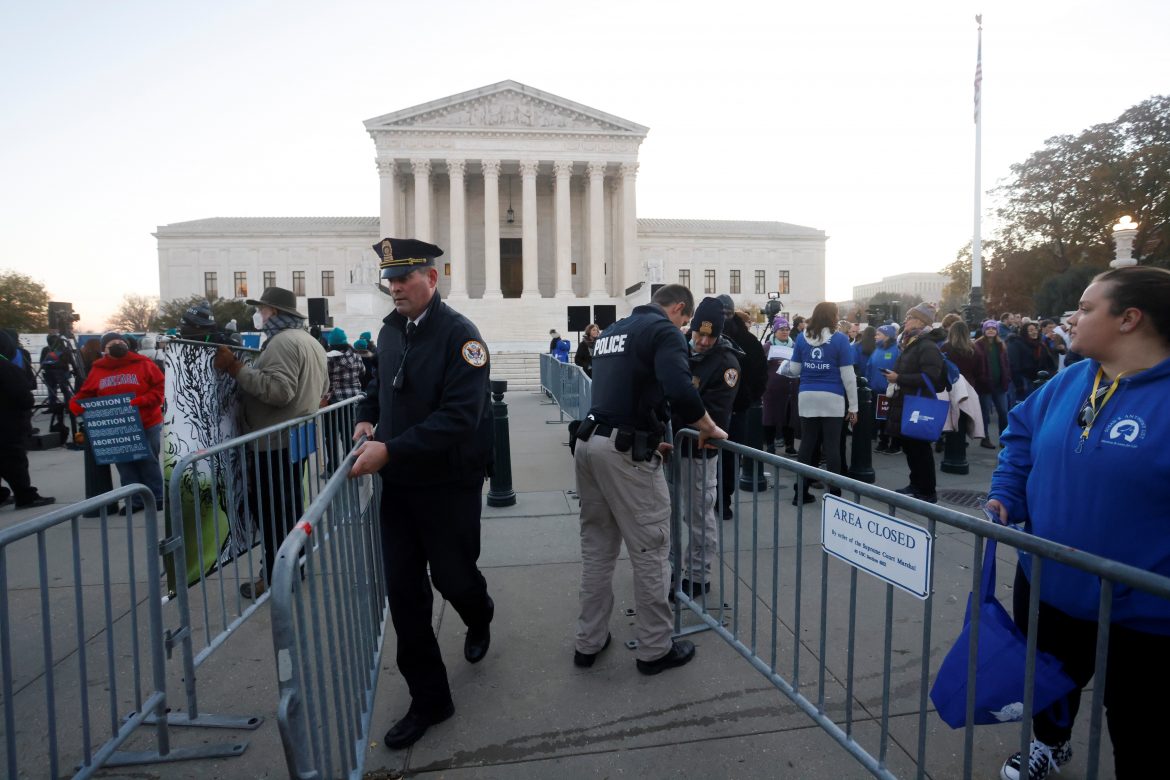 The U.S. Supreme Court is poised to make potential monumental changes to abortion laws today, as they hear opening oral arguments on the legal merit of a Mississippi law prohibiting most abortions after 15 weeks of pregnancy.

Parties on both sides of the abortion debate have stated that they believe Roe v. Wade may be in serious jeopardy for the first time since the Supreme Court issued the 1973 ruling that legalized abortion. Capitol Hill police are expecting around 20,000 pro-life and pro-choice advocates to gather at the Supreme Court today throughout the proceedings, which would represent the largest Supreme Court demonstration to date.

Arguments in the landmark case center around one word: viability. The term carries with it the means to dismantle, or at least fundamentally alter, abortion law in the U.S. The court has historically reaffirmed the Roe v. Wade ruling, which prohibits states from placing bans on abortions before fetal viability is detected, essentially permitting infanticide so long as an infant cannot yet survive outside its mother’s womb.

The issue of viability became a focus of the abortion debate when in 2018 Mississippi passed The Gestational Age Act banning abortions after 15 weeks. Lawmakers based much of their legal argument for abortion bans on advancements in prenatal development science. These advancements now make it possible to detect an unborn child’s heartbeat between five and six weeks and voluntary movement and the presence of “all basic physiological functions” at only eight weeks’ gestation.

Specifically, the Supreme Court has agreed to consider the question of “Whether all pre-viability prohibitions on elective abortions are unconstitutional.” The significance of the legal query lies in the fact that Roe prohibits states from banning abortion pre-viability, which is the basis upon which lower federal courts have upheld the ruling. One of the lower-court judges who struck down the Mississippi law focused on this fact stating, “In an unbroken line dating to Roe v. Wade, the Supreme Court’s abortion cases have established (and affirmed, and re-affirmed) a woman’s right to choose an abortion before viability. States may regulate abortion procedures prior to viability so long as they do not impose an undue burden on the woman’s right, but they may not ban abortions.”

The significance of the U.S. Supreme Court’s willingness to revisit the subject of viability has led both pro-life and pro-choice advocates to infer that their decision will directly impact Roe precedent.

Meanwhile, rhetoric in the abortion debate ratcheted up on Capitol Hill Tuesday.

“I believe this court will take up the legal arguments, will take up the scientific examination, and will relook at Roe v. Wade in a whole new way,” said Sen. James Lankford (R-Okla.). He also tweeted about the importance of the ruling:

Dobbs v. Jackson Women's Health Organization is the most significant challenge to Roe v. Wade in a generation.

The reversal of Roe v. Wade would save the lives of millions of infants for generations to come. #ModernizeOurLaw pic.twitter.com/dUEeFd0bOw

“The U.S. is an outlier as relates to where our laws are today. In fact, just seven countries in the world allow late-term abortions. One of those is the United States. A couple of others are North Korea and China,” Sen. Steve Daines (R-Mont.) added.

“I will be praying for our justices, the attorneys who were delivering oral arguments tomorrow because I can’t think of a more consequential case,” said  Sen. Mike Braun (R-Ind.).

Meanwhile, House Majority Leader Steny Hoyer, (D-Md.) argued that GOP-backed laws like the one in Mississippi are “clearly unconstitutional, designed to overturn decades of established precedent.”

Rep. Mondaire Jones (D-N.Y.) ahead of today’s arguments renewed calls by some Democratic lawmakers to pack the court with Democrat-appointed justices, tweeting “The far-right Supreme Court is hellbent on repealing Roe and outlawing reproductive freedom. We can’t let that happen. Time is of the essence. We must expand the Court.”

Today’s arguments will offer a tantalizing glimpse into the direction in which the Supreme Court justices are leaning based upon their line of questioning. The outcome of the case is also likely to affect challenges to Texas’ Senate Bill 8, also known as the “Heartbeat Bill,” making it unlawful for physicians to perform abortions if embryonic cardiac activity is detected. The Supreme Court in September upheld the ban.

Currently there is a six-conservative majority in the Supreme Court.