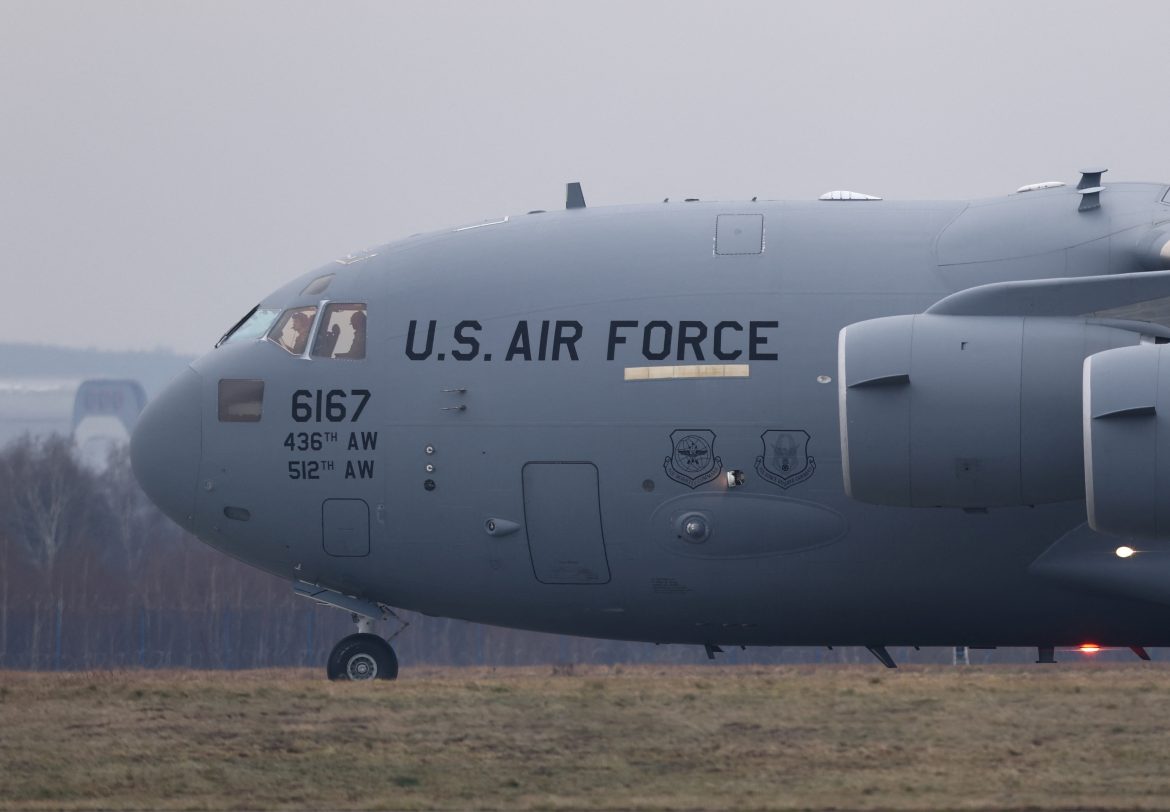 A plane carrying U.S. troops landed in Poland on Sunday, a Reuters witness said, as Washington reinforces its NATO allies in Eastern Europe amid a Russian military build-up on Ukraine’s border.

The Pentagon said that around 1,700 service members, mainly from the 82nd Airborne Division, would deploy from Fort Bragg, North Carolina, to Poland.

Sunday’s arrival of the C17 aircraft followed a plane carrying the commanding general of the 82nd Airborne Division, U.S. Army Major General Christopher Donahue, which landed on Saturday at Rzeszow-Jasionka airport, and a few planes with U.S. military equipment and an “advance group.”

It was not immediately clear how many troops arrived, but a C17 aircraft is “designed to airdrop 102 paratroopers and their equipment,” according to the U.S. Air Force website.

“Our national contribution here in Poland shows our solidarity with all of our allies here in Europe and obviously during this period of uncertainty we know that we are stronger together,” Donahue said on Sunday.

Polish Defense Minister Mariusz Blaszczak said minutes after the plane landed that this was the first group of American soldiers “from an elite unit.”

“…More planes will be landing in the coming hours. The soldiers will operate in the southeastern part of our country,” he added.

Russia has denied plans to invade Ukraine but has deployed more than 100,000 troops near Ukraine’s borders and says it could take unspecified military measures if its demands are not met, including a promise by NATO never to admit Ukraine.