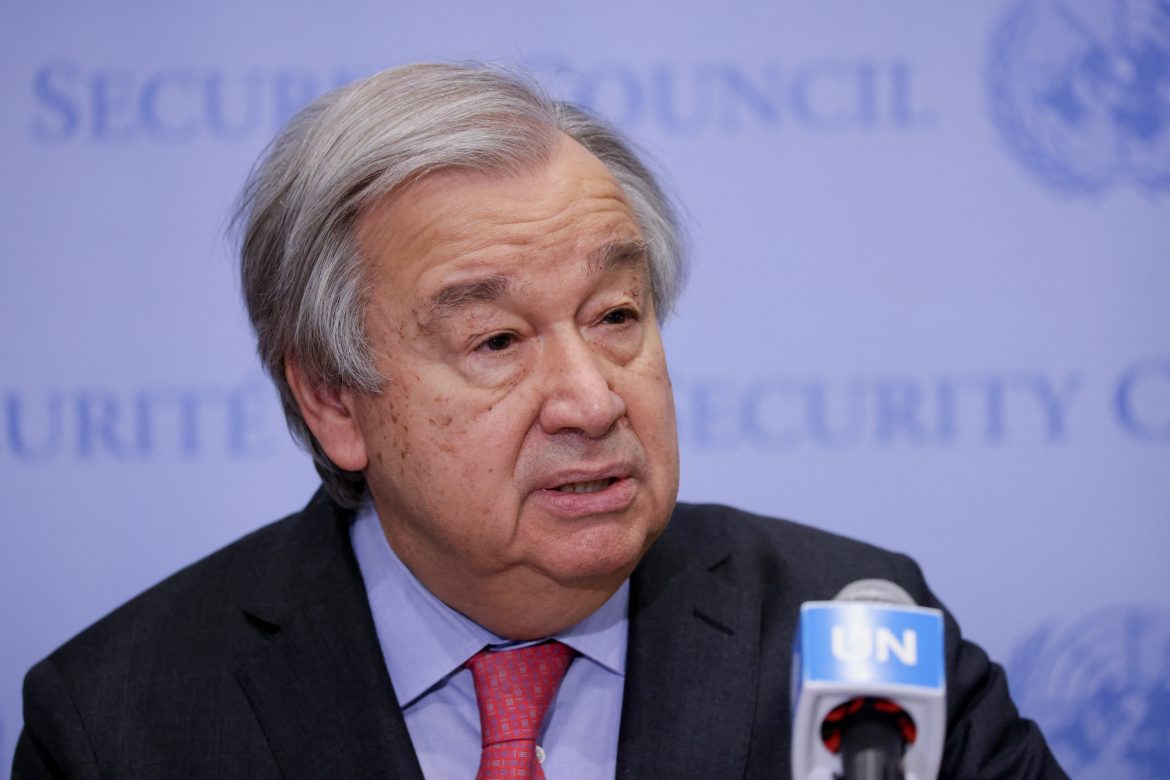 United Nations Secretary General Antonio Guterres called for further help to address the escalating humanitarian crisis in Ukraine during a U.N. Security Council meeting on Monday, saying, “The country is being decimated before the eyes of the world.”

“Ukraine is on fire,” Guterres said. “The impact on civilians is reaching terrifying proportions. Countless innocent people, including women and children, have been killed,” he continued, adding that millions of Ukrainians are facing hunger, dehydration, and lack of needed medical supplies.

“Smoldering ashes of Kyiv, Kharkiv and Mariupol and thousands of innocent lives lost are a stark reminder of a heavy price that we pay for indifference in the face of brute force,” he continued, adding that the war “will have no winners, only losers.”

Russia’s invasion of Ukraine, which began Feb. 24, has sent 2.8 million people fleeing into neighboring countries and trapped hundreds of thousands in besieged cities, leaving them without access to food, water, and medicine. Surgeons have reported having to operate on the wounded without anesthesia.

Nearly 2 million have fled to Poland alone according to the UN Refugee Agency keeping track of the Ukranian diaspora. Stadiums, churches, and homes in the neighboring nation have been flooded with those seeking relief from the Russian onslaught, causing officials in Poland’s two largest cities to warn that they are running low on supplies and will soon no longer be able to accept refugees.

Amid a sea of misinformation on the Ukraine crisis, you can find reliable and verified information on our data portal: https://t.co/9aLs8SniYO pic.twitter.com/CydK4aG6xb

In response to the grim and ever-expanding humanitarian crisis, the U.N. has allocated an additional $40 million from the Central Emergency Response Fund to provide affected Ukrainians with lifesaving aid and cash assistance.

The impact of the war in Ukraine on civilians is reaching terrifying proportions.
@UNCERF will allocate a further $40 million to ramp up vital assistance to reach the most vulnerable.

This funding will help get food, water, medicines & other lifesaving aid into the country.

The U.N. human rights office on Tuesday said Ukraine’s confirmed death toll has reached 691, including 48 children, with 1,143 injured. The organization continues to caution that the numbers are likely vastly underreported, citing reporting delays in areas of intense hostility including the southern port city of Mariupol, Izium, Kharkiv, and Volnovakha in the Donetsk region, as reported by Reuters.

Guterres also renewed the alarm of a potential nuclear war that “threatens all of humanity” during his address, calling Russia’s Feb. 28 announcement that its nuclear forces had been placed on “special regime of combat duty” a “bone-chilling development.”

The prospect of nuclear conflict, once unthinkable, is now back within the realm of possibility.

“The United States has not adjusted our nuclear posture, but it is something that we monitor day by day, hour by hour because it is a paramount priority to the president,” he told CNN.

The Biden administration canceled a scheduled ballistic missile test earlier this month out of fear the move would anger Russian President Vladimir Putin. Department Spokesperson John Kirby described the change of plans as a show of “restraint.”