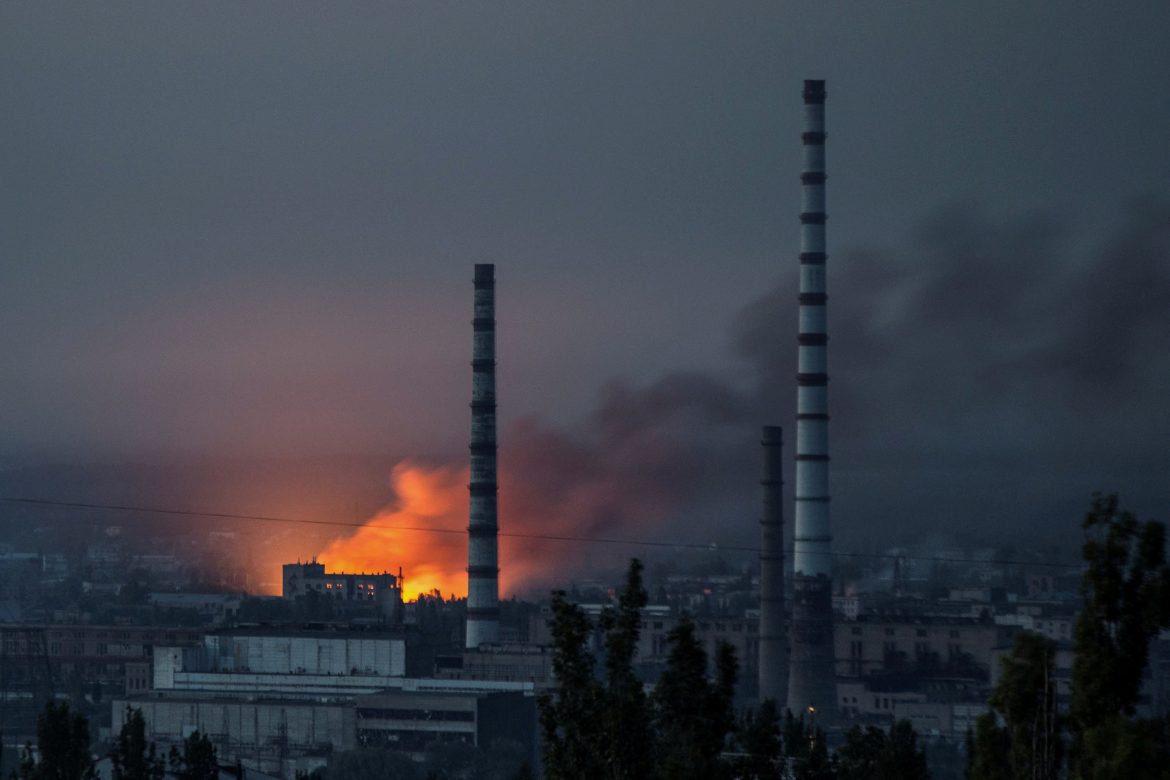 Earlier today, Russia claimed to fully control the Luhansk region of eastern Ukraine after capturing Lysychansk. Kyiv has confirmed its forces have withdrawn.

According to Reuters, Russia’s Defense Minister Sergei Shoigu informed Russian President Vladimir Putin today that the Luhansk region had been “liberated” by Moscow and separatist forces.

Moscow has concentrated invasion efforts on two eastern regions of Ukraine, Luhansk and Donetsk, since their lightning-blitz assault on Kyiv failed during the early stages of the war. Both regions have been sources of conflict between Ukrainian forces and the Russian-backed separatists since 2014.

The Kremlin recognizes both Ukraine and Donetsk as independent countries. They have insisted that their attack on Ukraine, which began on Feb. 24, is a “special military operation.” Officials have stated that one goal is to grant independence to these regions.

Lysychansk was the last stronghold of Ukrainian forces in Luhansk. Ukraine military command confirmed earlier today that troops had been pulled from the city. They stated on social media, “The continuation of the defense of the city would lead to fatal consequences. In order to preserve the lives of Ukrainian defenders, a decision was made to withdraw.”

“Ukrainian forces likely conducted a deliberate withdrawal from Lysychansk” on July 2, analysts at the Institute for the Study of War, a Washington-based think tank, wrote in a briefing note obtained by Reuters.

Neil Melvin of the London-based think tank RUSI agreed, noting that Ukraine could not successfully defend all the territory. He said to Reuters, “What they’ve been trying to do is to slow down the Russian assault and cause maximum damage, while they build up for a counteroffensive.”

Kyiv hinted that they considered the cost to civilian life when withdrawing, noting an increase in Russian artillery strikes against residential areas.

Earlier today, multiple rocket launchers shelled the eastern Ukrainian city of Sloviansk, located in the Donestk region, according to local officials. Mayor Vadym Lyakh wrote on Telegram that it “was the worst shelling to hit the city.” 15 fires resulted from the strikes with at least six people killed and another 15 wounded.

Earlier today, Russian government officials leveled their own accusation of foul play at Kyiv, blaming a Ukrainian missile strike for damaging a residential area in the Russian city of Belgorod. Vyacheslav Gladkov, governor of the city located near the Ukrainian border, reported damage to 11 apartment buildings and 39 private houses. Gladkov also reported at least three civilian deaths through the Telegram messaging app.

“I emphasize that this missile attack had been intentionally planned and was launched at the civilian population of Russian cities,” said Russian Defense Ministry spokesman Igor Konashenkov.

Kyiv has not yet responded to the allegations.

With Lysychank and the Luhansk region’s fall into Russian control, forces are now expected to focus on the Donetsk region where Ukrainian troops still have a significant presence.

Meanwhile, Ukrainian forces began a counteroffensive on the southern city of Melitopol. Forces shelled the city with over 30 strikes according to Melitopol Mayor Ivan Fedorov, who is currently safe in Ukrainian territory.

Russian forces “stored and handled the logistics of ammunition for heavy weapons” at the base, which they set up on the second day of the war, Fedorov said in a televised interview.

All war accounts have not been independently verified.

Canada’s emergency rooms bear the brunt of a ‘perfect storm’