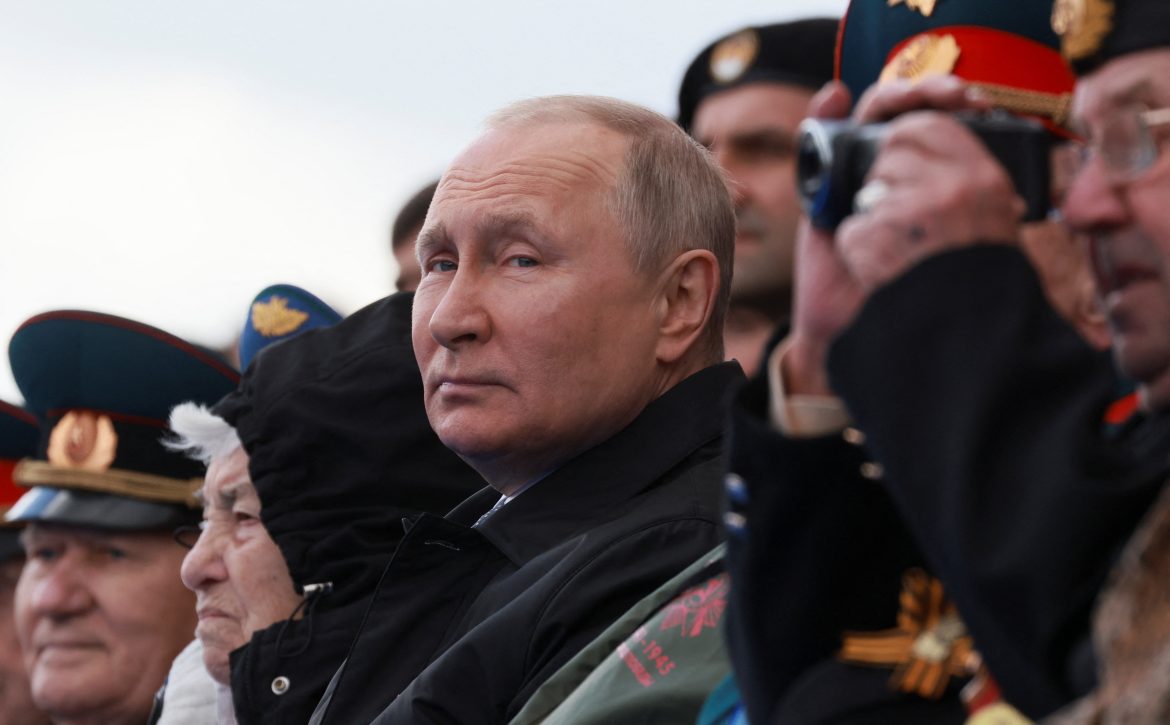 Moscow’s Red Square reverberated with the sounds of a brass band playing patriotic songs as troops assembled in formation with military hardware on full display. Gazing out over the parade, Putin heralded the Soviet Union’s defeat of Nazi Germany and doubled down on his accusations that Ukraine itself poses a significant Nazi threat to Russia in a much-anticipated speech.

“The danger was rising by the day. Russia has given a pre-emptive response to aggression. It was a forced, timely and the only correct decision.” He also said the attack on Ukraine is an act of patriotism and that the soldiers were “fighting for our people in Donbas.”

Contrary to the anticipation of several military analysts, Putin did not declare any major victory in the war during his speech, nor did he say where the conflict is headed. Many had expected the leader to tout the near-complete seizure of Mariupol, where some 2,000 Ukrainian forces continue to defend the Azovstal steel factory, the last pocket of resistance in the port city that has been pulverized under two months of unrelenting attacks.

There was “nothing significant in Putin’s speech today, but he will need to make a decision regarding mobilization in the coming weeks,” tweeted Rob Lee, a senior fellow at the Philadelphia-based Foreign Policy Research Institute.

Ukrainian President Volodymyr Zelenskyy, meanwhile, gave his own Victory Day address, during which he said the Russians will ultimately be defeated.

“Very soon there will be two Victory Days in Ukraine,” he said in a video message. “We have never fought against anyone. We always fight for ourselves. … We are fighting for freedom for our children, and therefore we will win.”

“Soon in Ukraine there will be two victory days. And someone else will not have even one left”@ZelenskyyUa addresses Ukrainians on May 9. 3/3 pic.twitter.com/UtK96fxpqE

Over 60 people are now feared dead following a Russian bomb strike on a Ukrainian school being used as a shelter in the eastern village of Bilohorivka, Ukrainian officials said.

Britain’s Defense Ministry had previously warned that Ukrainian towns and cities could expect an increase in “intense and indiscriminate bombardments with little or no regard for civilian casualties” as Russia’s precision-guided munitions face near depletion.

Still, Moscow continues to struggle to advance along the Eastern front, though their victory in Mariupol is all but assured.

“We are under constant shelling,” said Capt. Sviatoslav Palamar, deputy commander of the Ukrainian Azov Regiment, which continues to defiantly defend the Azovstal steelworks factory housing the city’s last sliver of resistance.

Lt. Illya Samoilenko, another member of the regiment, said hundreds of Ukrainian soldiers inside the mill have been injured and that fighters had to dig by hand to try to rescue people trapped beneath the rubble of collapsed bunkers following Russian attacks. He declined to say how many able-bodied troops are still defending what’s left of the site.

In a bit of good news, all of the civilians thought to have been sheltering in the factory for nearly two months were successfully evacuated as of Sunday.

The complete capture of Mariupol would deprive Ukraine of the vital Azov port leading to the Black Sea and allow Moscow to establish a land corridor to the Crimean Peninsula. Victory would also free up Russian troops tied up in combat there to join up with battalions elsewhere in the Donbas.

Meanwhile, European Union governments are close to reaching an agreement to levy tough sanctions against Russia, particularly in the form of banning its oil imports to the 27-nation bloc. Talks have resumed today to discuss ways to help EU nations most dependent on Russian energy find alternate fuel sources.

Back in Washington, the White House announced new sanctions against Moscow that include cutting off Western advertising from Russia’s three biggest TV stations and deprive Russia’s industrial sector from wood products, industrial engines, boilers and bulldozers, according to a statement released Sunday.

Meanwhile, First Lady Jill Biden made a surprise trip to an undisclosed location in western Ukraine Sunday where she visited refugees and met with President Zelenskyy’s wife. The meeting marked the first time Ukrainian First Lady Olena Zelenska has been seen in public since the invasion began Feb. 24. Canadian Prime Minister Justin Trudeau also made an unannounced trip to Ukraine’s capital city of Kyiv, where he met with President Zelenskyy.