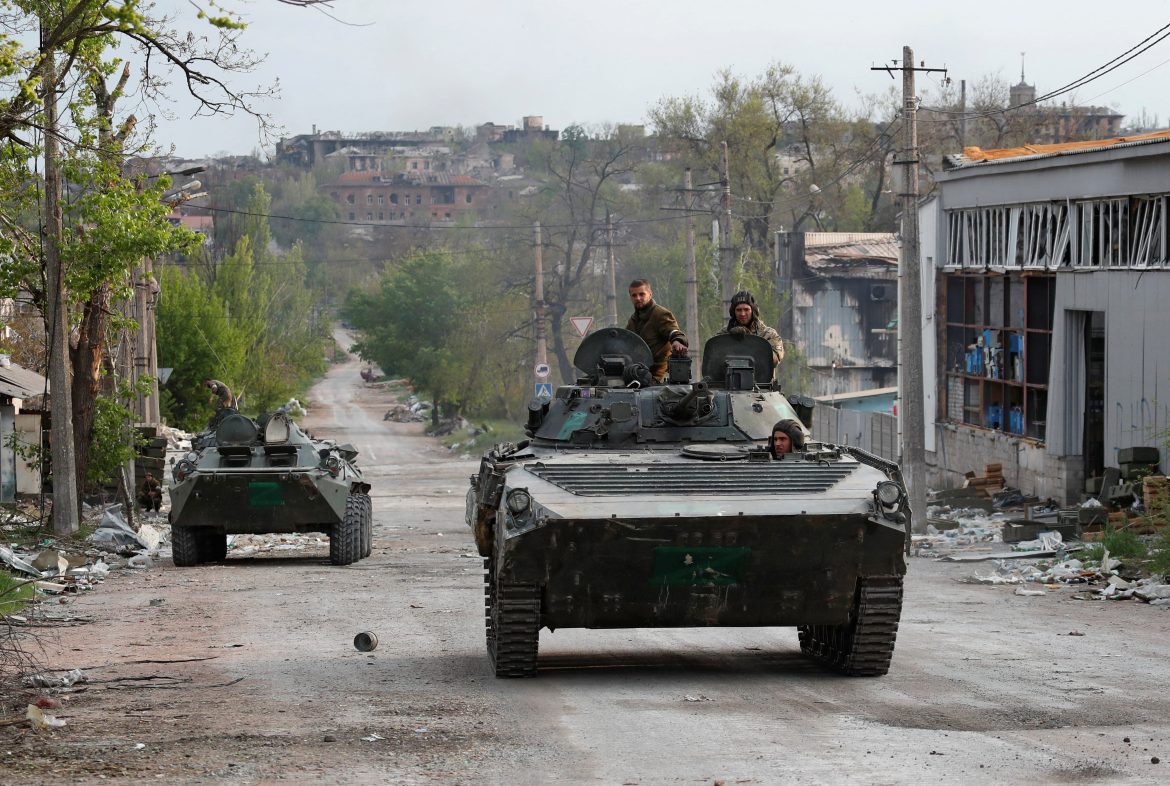 Some 2,000 Ukrainian fighters defending the remains of Mariupol’s Azovstal steel factory refused to surrender Thursday under relentless attacks by Russian forces that included air support. The wife of one Ukrainian commander said the battalion has vowed to ‘stand till the end’ and are hoping for a ‘miracle.’

The Ukrainian military’s General Staff said early Friday that “the blockade of units of the defense forces in the Azovstal area continues” and that Russians, with aviation support, had resumed assault operations to take control of the bombed-out steelworks factory.

The head of Ukraine’s presidential office, Andriy Yermak, also said Friday that another civilian evacuation from the plant had been successful.

“We conducted another stage of a complex operation to evacuate people from Mariupol and Azovstal. I can say that we managed to take out almost 500 civilians,” Yermak announced on the Telegram messaging app, according to the AP. Yermak vowed that Kyiv will “do everything to save all its civilians and military.”

Evacuations from Mariupol remain complicated with contested areas and checkpoints along the route. It is unclear if the total number of evacuated civilians includes the 100 who escaped the Azovstal plant.

Still, an unknown number of civilians, possibly numbering in the hundreds, remain trapped somewhere within the plant’s vast network of tunnels.

Russian flags have been hoisted onto poles throughout the destroyed city that has endured some of the worst suffering in the war.

All that remains for Kremlin forces there is to take full control of the steel factory in order to hand President Vladimir Putin a major triumph ahead of Victory Day May 9, the most celebrated patriotic holiday on the Russian calendar.  The fate of roughly 100,000 Ukrainian citizens trapped for nearly two months in the city without food, water, medicine and electricity remains unknown, though officials grimly predict a death toll of at least 20,000.