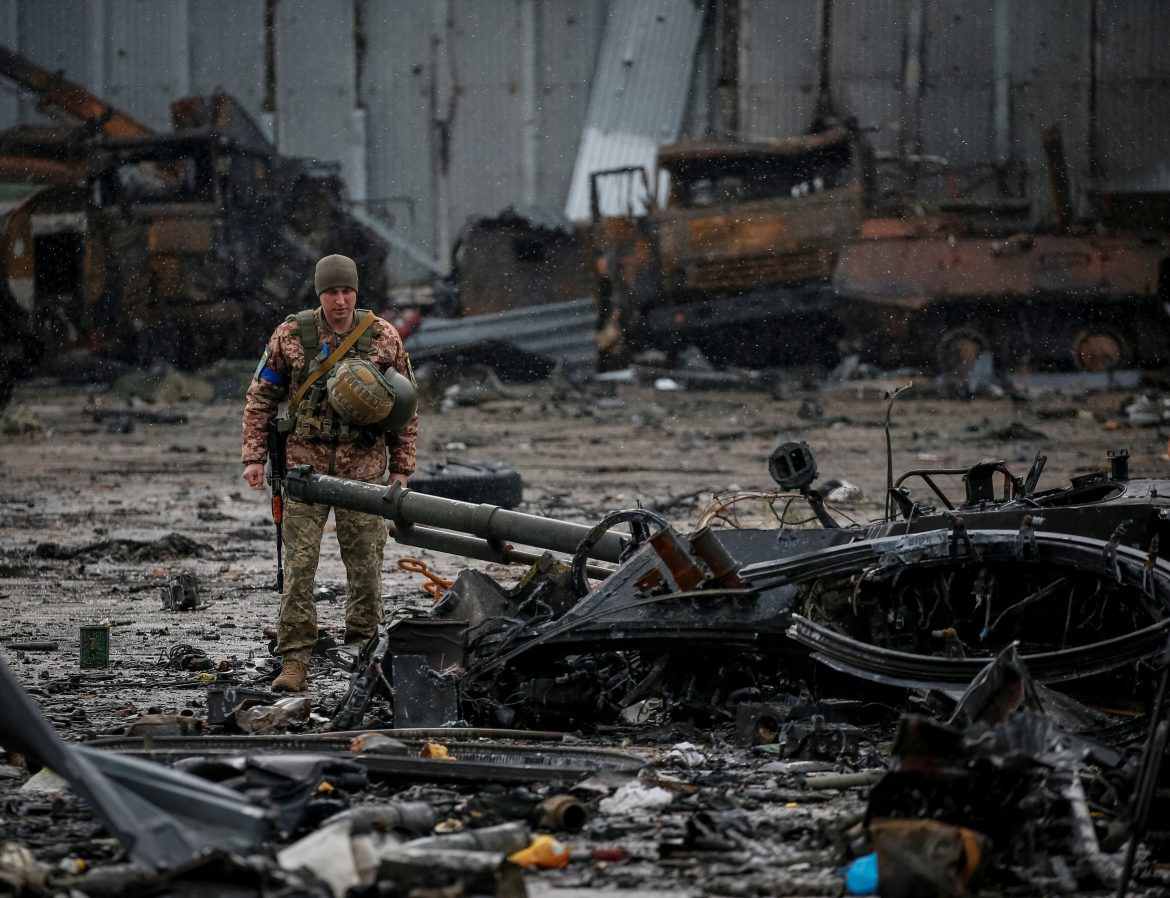 Deeply disturbing images and reports of mass executions and other atrocities have emerged in the wake of Russia’s withdrawal from areas surrounding Ukraine’s capital city over the weekend, fueling global outrage over the Kremlin’s shocking brutality against Ukrainian civilians.

Ukrainian officials this weekend said the bodies of 410 civilians were discovered in areas surrounding Kyiv, some with their hands tied behind their backs, apparently gunned down at close range. Evidence of torture, including rape, were also present, officials said.

“It is time to do everything possible to make the war crimes of the Russian military the last manifestation of such evil on earth,” Zelenskyy said. The president went on to directly address the mothers of Russian soldiers.

“Even if you raised looters, how did they also become butchers?” he demanded. “You couldn’t overlook that they are deprived of everything human. No soul. No heart. They killed deliberately and with pleasure.”

Volodymyr Zelenskyy speaks to Russians after the revelation of the massacre in Bucha (April 3, 2022).
English subtitles pic.twitter.com/ENOWHoCnn0

Russia’s Defense Ministry has rejected accusations that Ukrainian civilians have been deliberately targeted, claiming the photos were staged “for the Western media.”

U.S. Secretary of State Antony Blinken said that seeing images of what happened near Kyiv was “a punch to the gut” during an appearance on CNN’s “State of the Union” Sunday evening. In the same broadcast, NATO Secretary-General Jens Stoltenberg called Moscow’s actions “a brutality against civilians we haven’t seen in Europe for decades.”

Germany’s defense minister responded to the reports by calling on European allies to work together to increase penalties against Moscow, including boycotting its oil and gas exports. The move, if taken, would present major economic challenges European countries had been hoping to avoid.

Europe obtains 40% of its gas and a quarter of its oil from Russia, representing the main source of Moscow’s export revenue. The Kremlin at present is enjoying a windfall caused by a surge in global prices borne out of fears of potential supply disruptions.

Leading the charge on the front to cut ties with Russian energy is Lithuania, which became the first European nation to ban imports of Russian gas Saturday.

“If we can do it, the rest of Europe can do it too!” Lithuanian President Gitana Nauseda said on Twitter Saturday, referring to Russia as “the aggressor.”

From this month on – no more Russian gas in Lithuania 🇱🇹.

Years ago my country made decisions that today allow us with no pain to break energy ties with the agressor.

If we can do it, the rest of Europe 🇪🇺 can do it too!

Meanwhile, Russian and Ukrainian negotiators are expected to resume talks today after reporting some progress toward peace last week. The head of Ukraine’s delegation said negotiators informally agreed to a draft proposal during meetings in Istanbul but added that a final agreement has not been formalized. Russia continues to demand Ukraine’s neutrality, along with its agreement to forego membership in any military alliances.

Back in Washington, President Biden signed off on another $300 million in military aid to Ukraine on Friday. The latest package includes laser-guided rocket systems, armored vehicles, armed drones, commercial satellite, and thermal imagery systems, among other defensive equipment, according to the Pentagon.

The White House continues to rebuff Zelenskyy’s requests for the establishment of a no-fly zone over Ukraine. During his Sunday video address, Zelenskyy called on NATO to send “one percent” of the alliance’s tanks and aircraft to aid his country’s defense efforts and voiced his frustration over what he alleged was NATO’s game of “ping-pong about who and how should hand over jets.”