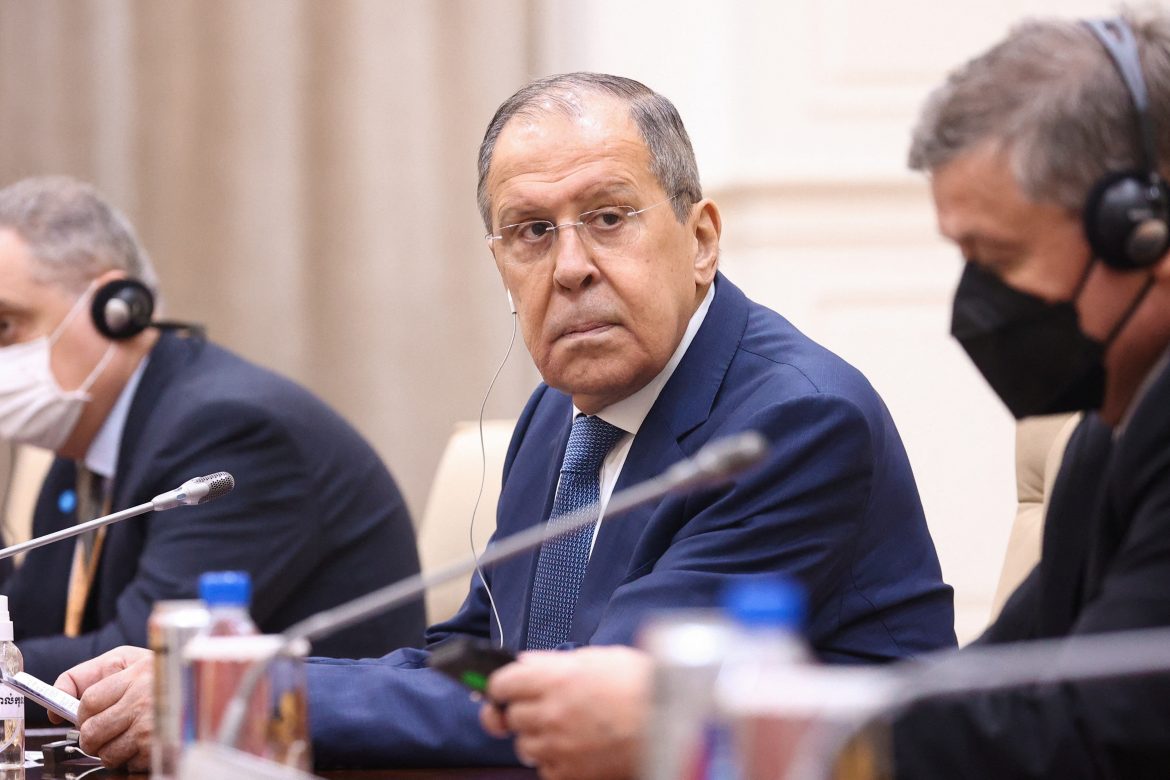 Russia said on Friday it was ready to discuss a prisoner swap with the United States in private, a day after a Russian court jailed U.S. basketball star Brittney Griner for nine years for a drugs offense.

The case against Griner, a two-time Olympic gold medalist and Women’s National Basketball Association (WNBA) star, plunged her into a geopolitical maelstrom after Russia sent troops into Ukraine on Feb. 24.

“We are ready to discuss this topic, but within the framework of the channel that was agreed upon by presidents Putin and Biden,” Lavrov said during a visit to Cambodia.

“If the Americans decide to once again resort to public diplomacy … that is their business and I would even say that it is their problem.”

U.S. Secretary of State Antony Blinken said Washington was prepared to engage with Moscow through the established diplomatic channels. He said Griner’s conviction highlighted her wrongful detention by Russia and further compounded the injustice that had been done to her.

The Kremlin has remained tight-lipped on the prospect of a swap, saying that if prisoner exchanges were discussed in the media, they would never happen.

“The Americans have already made that mistake, suddenly deciding to use megaphone diplomacy to resolve these issues,” Kremlin spokesman Dmitry Peskov said.

“This is not how they are resolved.”

The United States pushed Moscow to accept a previously discussed deal that aims to secure the release of Griner.

“It’s a serious proposal. We urge them to accept it. They should have accepted it weeks ago when we first made it,” said White House national security spokesperson John Kirby, without offering details.

Washington has offered to exchange Russian arms trafficker Viktor Bout, who is serving a 25 year prison sentence in the United States, for Griner and former U.S. Marine Paul Whelan, sources familiar with the situation have told Reuters.

Russia had tried to add convicted murderer Vadim Krasikov, who is in prison in Germany, to the proposed swap, a source familiar with the proceedings also told Reuters.

When asked on Thursday if Washington would be willing to reconsider Russia’s request following Griner’s sentencing, Kirby dismissed it: “I don’t think we go so far as to even call it a counter-offer.”

Whelan, who holds American, British, Canadian, and Irish passports, was sentenced in 2020 to 16 years in jail in Russia after being convicted of spying. Griner was convicted and sentenced on Thursday after she was convicted of bringing cannabis-infused vape cartridges into Russia.

President Joe Biden has come under increasing pressure from families of Americans detained abroad to help bring them home. He is “receiving regular updates” about negotiations for the release of Griner, Whelan, and others deemed wrongfully detained, said White House spokeswoman Karine Jean-Pierre.

U.S. Secretary of State Antony Blinken spoke on the phone with Russian Foreign Minister Sergei Lavrov last Friday and pressed Russia to take the deal. Kirby said that since then conversations had been ongoing at various levels.

Blinken and Lavrov are currently both in Cambodia for a meeting of the Association of Southeast Asian Nations (ASEAN). Kirby earlier told MSNBC that Blinken will likely try to speak with Lavrov again now Griner had been sentenced.

“They are being wrongfully detained, they need to be let go. They need to come home,” Kirby told reporters.

The Joint Coordination Centre in Istanbul, which groups Russian, Ukrainian, Turkish, and U.N. personnel, said two ships were setting off from Chornomorsk and one from Odesa.

The three vessels carrying a total of about 58,000 tons of corn have been authorized to leave Ukrainian ports as part of a deal to unblock grain exports.

The Turkish Defence Ministry said on Twitter the Panama-flagged Navistar, carrying 33,000 tons of corn and going from Ukraine to Ireland, departed from Odesa Port. The ship will be inspected by the Joint Coordination Centre to the north of Istanbul.

The second ship, the Maltese-flagged Rojen, carrying 13,000 tons of corn departed from Chornomorsk port bound for Britain. The Joint Inspection Team was monitoring it.

The Turkish-flagged ship Polarnet set off from Chornomorsk for the Turkish Black Sea port of Karasu. Before the ship carrying 12,000 tons of corn reaches Karasu, it will be inspected by the Joint Inspection Team to the north of Istanbul.

The Razoni, the first ship loaded with Ukrainian grain to set off from a Ukrainian port since the beginning of the Russian invasion, departed this week.

Ukraine is a major grain exporter, but its shipments have slumped since the beginning of the war because its Black Sea ports – a key route for its shipments – have been largely closed, driving up global food prices and prompting fears of shortages in Africa and the Middle East.