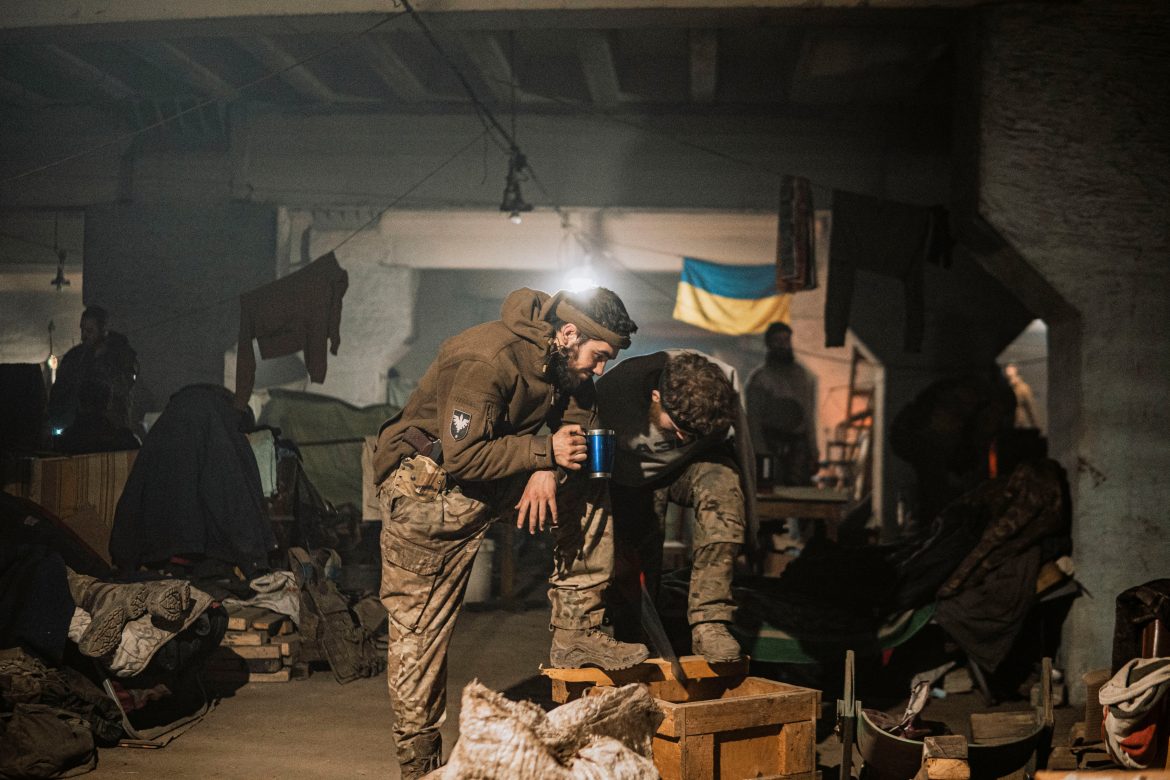 The fate of Mariupol’s Avozal defenders remains in the balance, as nearly 2,000 of those who prevented a Russian takeover for multiple weeks are now in Russian custody as prisoners of war.

On Friday, Ukraine’s Lieutenant Colonel Denys Prokopenko reported through Telegram that all civilians and heavily wounded soldiers had been evacuated from the Avozal Steelworks factory located in Mariupol. The commander of the Azov regiment said rescue efforts had prioritized transporting “civilians, wounded, and dead through the system of tunnels.”

He added, “I hope that in the near future, relatives and Ukraine will be able to bury their soldiers with honor.”

The plant received notoriety for becoming the last stronghold of Ukrainian resistance within the besieged port city. Because of the city’s importance as a seaport and the impact the fight for control had on civilians – who were cut off for weeks without food and water with evacuation routes consistently threatened by bombing – Mariupol has been heavily featured in war updates.

Mariupol is now described by Reuters as “an urban wasteland shattered by artillery and street-by-street fighting.” The final soldiers left defending the city were ordered to stand down on Monday.

Prokopenko has provided slim details on the surrender and evacuation efforts, leading to speculation over whether all remaining soldiers surrendered to Russian control or if some were successfully able to escape.

On Friday, TASS news agency reported that Russian Defense Minister Sergei Shoigo claimed almost 2,000 Ukrainian soldiers had surrendered from the factory. This could not be confirmed, though Britain also reported on Friday that roughly 1,700 soldiers had become prisoners of war.

The International Committee of the Red Cross (ICRC) is registering the prisoners of war but has not yet released any statistics on how many have been captured. This provision is outlined in the 1949 Geneva Conventions, which says, “The ICRC must have immediate access to all POWs in all places where they are held.” It also states that “the ICRC must be allowed to interview prisoners of war without witnesses.”

The Kremlin says the prisoners will be treated according to international standards. However, some Russian lawmakers have said that the soldiers should face the death penalty for war crimes.

“The Russian army has started very intensive destruction of the town of Sievierodonetsk, the intensity of shelling doubled, they are shelling residential quarters, destroying house by house,” Luhansk governor Serhiy Gaidai said via his Telegram channel. He said it was impossible to know the total civilian deaths resulting from the latest round of bombing.

Russia continues to deny they are targeting civilians, despite the widespread reports.

With Mariupol firmly under Russian control, Moscow is expected to reinforce their troops in the region, according to British military intelligence statements made on Friday.

Meanwhile, one young Russian soldier on trial for the war crime of murdering a 62-year-old civilian pleaded for forgiveness. On Friday, 21-year-old Vadim Shishimarin pleaded guilty to the charge that he killed 62-year-old Oleksandr Shelipov while the man was riding his bike.

“I sincerely repent. I was nervous at the time, I did not want to kill… that’s how it happened,” Shishimarin said. The Russian tank commander’s defense lawyer claimed the murder occurred under orders that Shishimarin had twice refused. The lawyer also claimed that the shots were fired only to obey the order rather than with the intent to harm the older man.

Shishimarin faces life in prison. The presiding judge is expected to state a verdict next Monday.

Top U.S. and Russian military officers, General Mark Milley and Chief of General Staff Valery Gerasimov, spoke on Thursday. It marks the first time the generals have spoken since Russia invaded Ukraine on Feb. 24. The details of the phone call, however, have not been made public.

“The military leaders discussed several security-related issues of concern and agreed to keep the lines of communication open,” a spokesman for the U.S. Joint Chiefs of Staff Chairman said.

Some, like Air Force General Tod Wolters who leads all American forces based in Europe, are hopeful the conversation is a sign that diplomacy might end the conflict. Milley and Gerasimov’s phone conversation took place roughly a week after U.S. Defense Secretary Lloyd Austin spoke with his Russian counterpart.

There is a hotline between the U.S. and Russia for “deconfliction” communications between the countries in an effort to stop the conflict from widening past Ukraine.