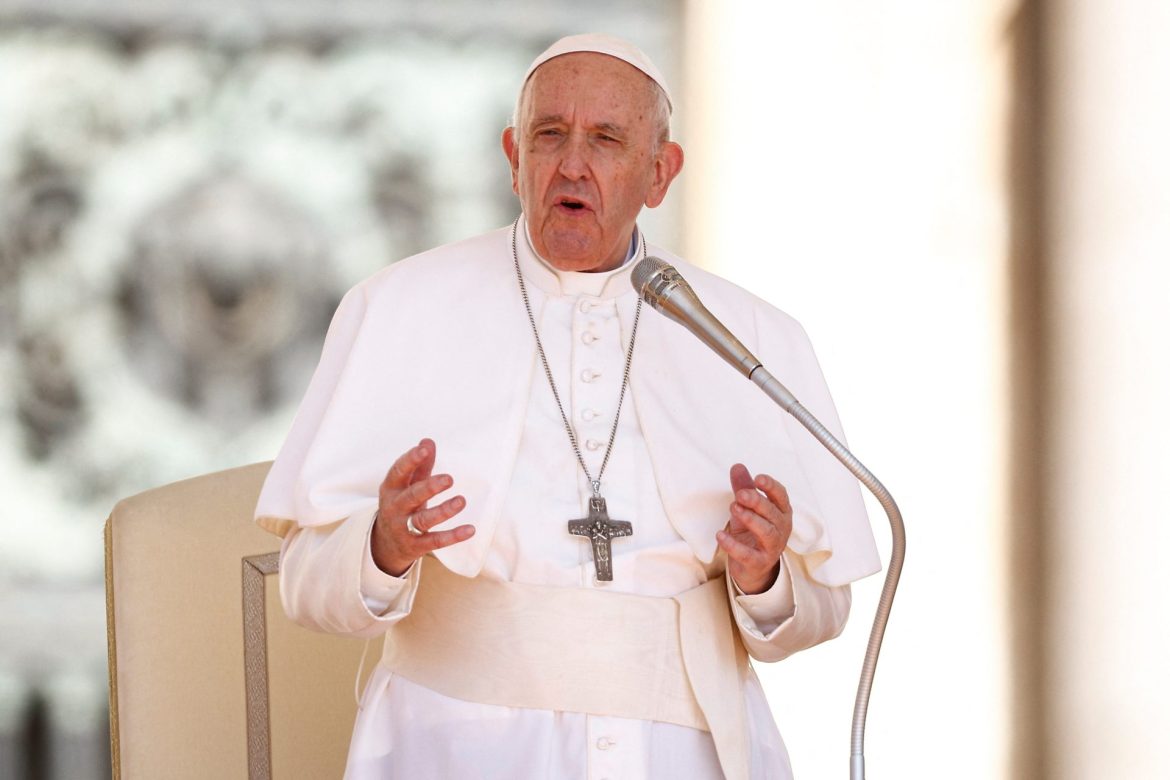 Pope Francis continues to condemn Russia’s actions in Ukraine, but the pontiff surprised many recently with a controversial statement that the war may have been “provoked.”

Speaking with editors of Jesuit media last month in an interview published on Tuesday, the Pope said that prior to Russia’s invasion of Ukraine, he had met with a Kremlin head of state who told him that NATO was “barking at the gates of Russia” in a way that could lead to war, according to a Reuters report.

Francis then told the editors, “We do not see the whole drama unfolding behind this war, which was perhaps somehow either provoked or not prevented.”

The pontiff then rhetorically asked if his assessment made him “pro-Putin,” stating, “No, I am not. It would be simplistic and wrong to say such a thing.”

Francis praised Ukrainian defenders for their “heroism” and condemned “the ferocity, the cruelty of Russian troops,” but added, “we must not forget the real problems if we want them to be solved.” He then suggested that the armaments industry may have somehow incentivized the war.

The pope also said he hopes to meet Russian Orthodox Patriarch Kirill at an inter-religious event in Kazakhstan in September. Kirill and Putin are said to be “close,” according to the report.

British Foreign Secretary Liz Truss said Tuesday that she will do whatever it takes to secure the release of two British nationals who have been sentenced to death by Russian proxy authorities in Donbas.

When asked by BBC Radio if she would be willing to negotiate directly with the self-proclaimed Donetsk People’s Republic, Truss replied: “I will do whatever is necessary to secure their release.”

“I have assured the families that I will do what is most effective to secure their release [but] I am not going to go into our strategy live on air … The best route is through the Ukrainians,” she continued.

Ukraine said on Tuesday that its forces were still holding out inside the devastated eastern Ukrainian city Sievierodonetsk in what has become one of the war’s bloodiest battles. Desperate attempts are underway to evacuate civilians after Russia destroyed the last bridge to the city.

Sievierodonetsk Mayor Oleksandr Stryuk said evacuations were still being carried out “every minute when there is a lull and there is a possibility of transportation,” adding, “But these are discrete evacuations, done one by one, and every possible chance is taken.” The mayor also said Ukraine’s military “is holding firm” as Kremlin forces continue their efforts to storm the city.

Ukrainian officials said more than 500 civilians, including 40 children, remain trapped inside a chemical factory in an industrial zone of the city that came under heavy Russian artillery fire on Monday.

Following weeks of Russian bombardments, both sides claim to have inflicted significant casualties against the other. Ukraine still holds Lysychansk, Sievierodonetsk’s twin city located on the opposite bank, but defenders have acknowledged that they face the risk of complete encirclement now that all of the bridges have been destroyed. Russian officials have said any Ukrainian troops left behind must either surrender or die.

As Russia moves closer to achieving its objective of taking control of the Donbas region, which could significantly alter the outcome of the war in Moscow’s favor, Ukraine continues to plead with the West to rush in more advanced artillery. Presidential advisor Mykhailo Podolyak said Monday that Ukraine needs 1,000 howitzers, 500 tanks and 1,000 drones, along with other heavy weapons. Kyiv is still awaiting shipments of promised NATO-standard weapons from the West, including advanced U.S. rockets, as current ammunition supplies dwindle.

Meanwhile, with Moscow’s focus almost entirely fixed on its offensive in the east, Ukrainian forces have reported some gains in the south in recent days.

Serhiy Khlan, adviser to the head of the southern Kherson province, now almost completely occupied by Russia, said Ukrainian forces have recaptured territory there for a second straight week.

“We have tactical victories. They are turning into a counteroffensive. For the counteroffensive, we are waiting for the reinforcement of equipment from our partners,” Khlan said.