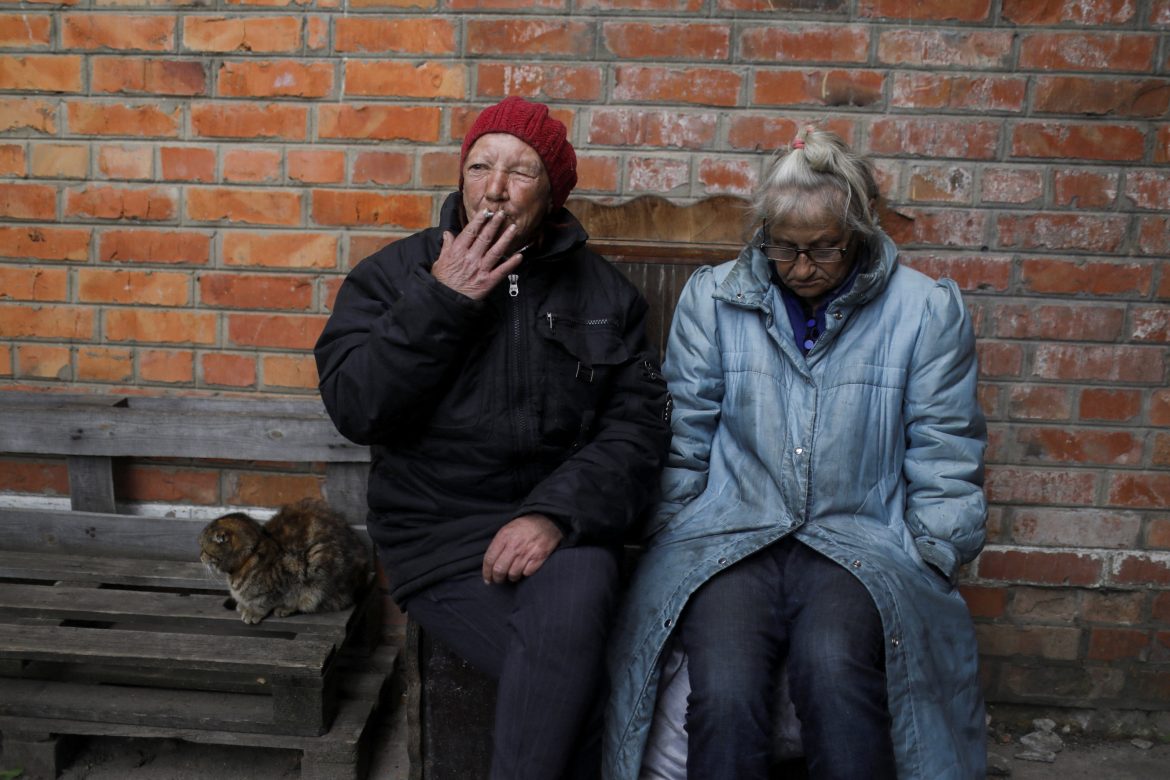 Judge Serhiy Agafonov sentenced Shishimarin for carrying out a “criminal order” by a soldier of higher rank, when he fired several shots at the victim’s head from an automatic weapon.

Moscow so far has not commented on the verdict but had previously said that it has no information about the trial and has repeatedly insisted its forces have not targeted civilians.

Some 40 additional war crime investigations are currently underway, with more expected to be announced in the coming weeks and months.

Kremlin forces have stepped up shelling in Ukraine’s eastern industrial heartland as they continue to try to press their offensive in the region. Ukrainian and Russian forces continue fighting village by village in the Donbas, forcing nearby civilians to flee their homes. The United Nations said Monday that more than 6.5 million Ukrainians have fled the country since the beginning of the war, most of whom fled to Poland.

Elsewhere, Ukrainian forces have dug in around Sievierodonetsk, the main city under Ukrainian control in the Luhansk province of the Donbas where Russia stepped up its efforts to seize control. The region’s governor, Serhiy Haida, accused Moscow of “simply intentionally trying to destroy the city” by taking “a scorched-earth approach.”

Haidai said Sunday that Russia occupies several towns and cities in Luhansk following indiscriminate, nonstop shelling over the weekend. Moscow has shored up its forces and weaponry there, sending in troops from Kharkiv to the northwest, Mariupol to the south, as well as from inside Russia. Ukraine’s military said it had successfully fought off Russian attacks on Oleksandrivka, a village outside of Sievierodonetsk over the weekend.

Meanwhile, civilians lined up to take selfies in front of hundreds of destroyed Russian tanks that have been put on display in Kyiv’s St. Michael’s Square. Early in the war, daily news footage of the convoy of tanks positioned just five miles outside of Ukraine’s capital stoked fears of a violent government takeover by the Kremlin.  Stymied by a series of technical and strategic failures, however, Russia eventually withdrew its forces from the area in defeat, instead refocusing its efforts on an eastern offensive.

The display is meant to rally the spirits of the Ukrainian people by showing the triumphs of the country’s military.

In Tokyo on Monday, President Biden and Japanese Prime Minister Fumio Kishida reiterated their public condemnation of Russia’s invasion of Ukraine in a joint press conference. The two leaders are meeting to discuss an Indo-Pacific trade agreement.

Biden told reporters that Russia “must pay a long-term price” for its “barbarism in Ukraine” in terms of sanctions imposed by the United States and its allies. On Saturday, the president signed legislation to give Ukraine an additional $40 billion in aid for its defense, which the Senate overwhelmingly approved last week after the measure cleared the House.

Meanwhile, Polish President Andrzej Duda visited Kyiv on Sunday in a show of support for Ukraine’s aspirations to join the European Union. Duda received a standing ovation from Ukraine’s parliament when he thanked lawmakers for giving him the opportunity to speak where “the heart of a free, independent and democratic Ukraine beats.”

Poland has proven itself to be a key ally of Ukraine, welcoming millions of Ukrainian refugees and serving as a gateway for humanitarian and military aid sent from Western nations. On the same day, Ukraine’s parliament voted to extend martial law and mobilize its military for a third time, until Aug. 23.

In other developments, Ukraine’s first lady, Olena Zelenska, gave a rare interview to national broadcaster ICTV alongside her husband, whom she said she has scarcely seen since the war began.

“Our family, like all Ukrainian families, is now separated,” she said.

“We are joking, but we are really waiting, like everyone else, to be reunited, like all families in Ukraine who are separated now, waiting for their relatives and friends who want to be together again,” he said.