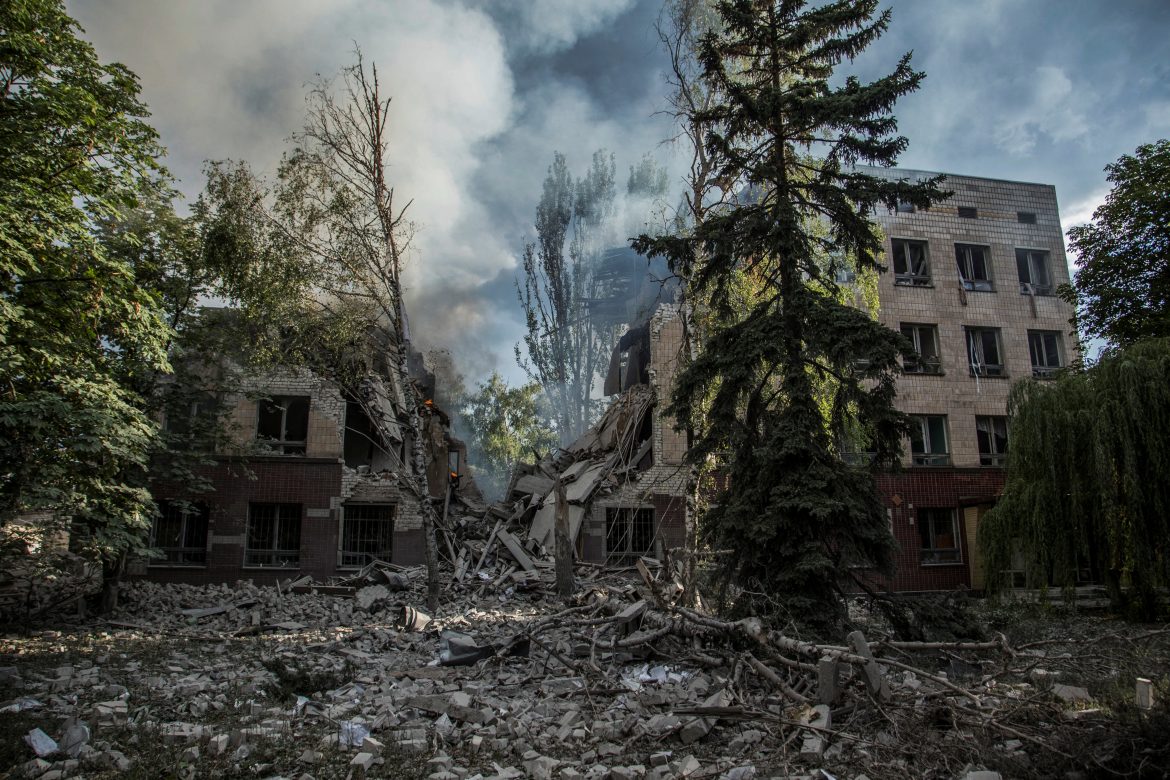 Ukraine said on Friday its troops were withdrawing from the embattled city of Sievierodonetsk in the eastern Donbas, marking a major setback in Kyiv’s struggle to retain control of its territories in the mostly Kremlin-backed industrial region. Sievierodonetsk has been the focus of a weeks’-long, brutal battle involving heavy bombardments and door-to-door bloody street fighting.

“Our forces had to withdraw and conduct a tactical retreat because there was essentially nothing left there to defend. There was no city left there and, secondly, we could not allow them to be encircled,” said Oleksander Musiyenko, a Kyiv-based military analyst, according to Reuters.

In yet another blow to Kyiv, Ukrainian officials say that Russian forces now fully occupy Hirske and several other settlements near the strategically significant city of Lysychansk in the eastern Luhansk region.

“Unfortunately, as of today… the entire Hirske district is occupied,” Hirske’s municipal head Oleksiy Babchenko said in a television broadcast. “There are some insignificant, local battles going on at the outskirts, but the enemy has entered.”

The loss of Hirske and several other nearby settlements leaves Lysychansk – the last major Ukrainian-controlled city in Luhansk – extremely vulnerable as Russian forces continue to advance from three sides.

A Moscow Defense Ministry official said Russian forces have hemmed in around 2,000 Ukrainian troops, including 80 “foreign mercenaries,” though Reuters could not independently verify the report.

Russia became China’s largest supplier of crude last month, with imports soaring 55% from last year to a record level, according to a Reuters report. This means Russia now surpasses Saudi Arabia as the top supplier to its neighbor in the east.

The data shows that Russia still has willing buyers for its oil, despite Western sanctions, and underscores Moscow’s close ties to Beijing.

Data also shows that China also purchased roughly 400,000 tons of liquified natural gas from Russia last month, up 56% from the year prior.

U.N. Secretary-General Antonio Guterres again sounded the alarm that the world is facing a major “catastrophe” due to dwindling supplies of food around the globe that he said will likely result in widespread famine.

Speaking by video to officials representing dozens of countries gathered in Berlin Friday, Guterres said effects of the war in Ukraine, climate change, and the COVID-19 pandemic have contributed to an “unprecedented global hunger crisis” already impacting hundreds of millions of people, according to the Associated Press.

“There is a real risk that multiple famines will be declared in 2022. And 2023 could be even worse,” Guterres said, adding that harvests throughout Asia, Africa and the Americas will be most impacted as farmers are faced with soaring fertilizer and energy prices.

“This year’s food access issues could become next year’s global food shortage,” he warned. “No country will be immune to the social and economic repercussions of such a catastrophe.”

Guterres said U.N. negotiators continue to try to broker a deal that would allow Ukraine to release stores of grain and enable Russia to bring its food and fertilizer to global markets without restrictions.

He also called on wealthy nations to provide debt relief for poor countries and urged the private sector to work together to help stabilize global food markets.