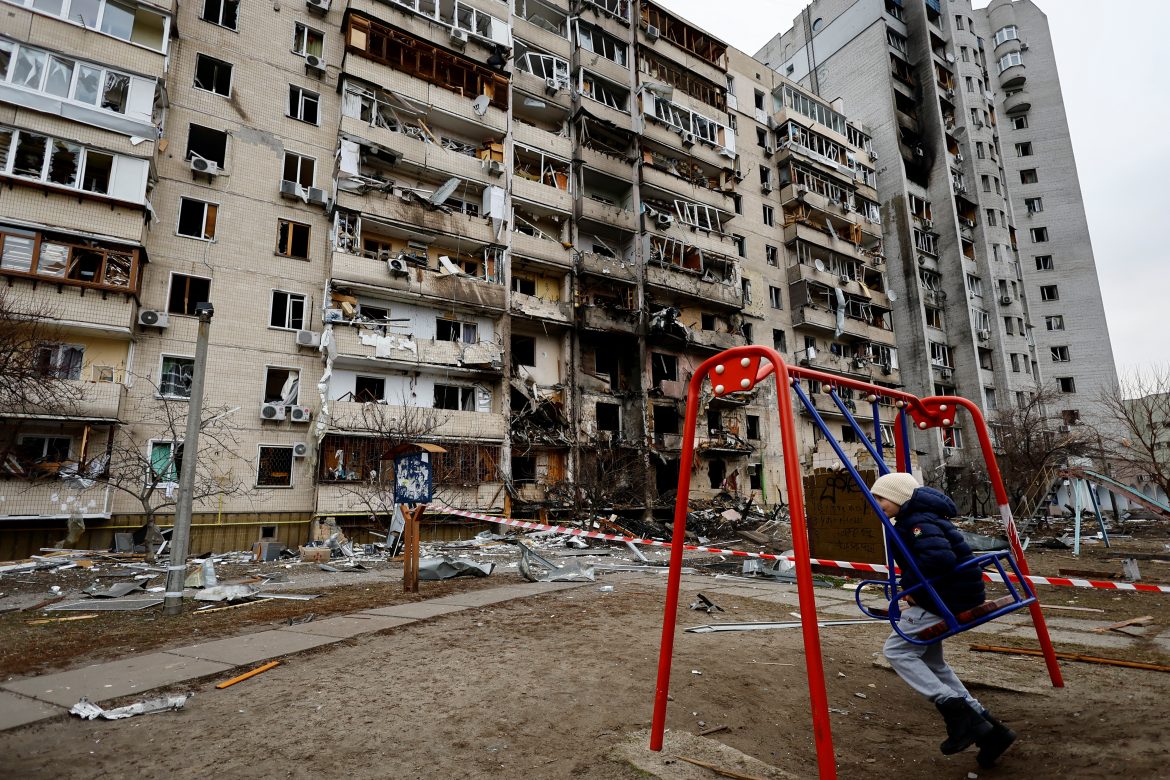 The Russian assault on Ukraine continues this morning as their troops closed to within 19 miles of the center of Kyiv. Through heavy artillery shelling, loss of civilian life, and sabotage Ukrainian President Volodymyr Zelenskyy and his people remain defiant to Kremlin pressure on the third morning of the war.

“Good morning to all Ukrainians! Lately, there has been a lot of fake information online that I am calling on our army to lay down their arms and to evacuate. Listen. I am here,” Zelenskyy addressed his nation through a live video this morning. In the video, Zelenskyy stood on the streets of Kyiv near his presidential office.

Previously, Zelenskyy rejected an offer of evacuation from the White House. An American intelligence officer told AP News that the Ukrainian president responded, “The fight is here; I need ammunition, not a ride.”

The rumor that Zelenskyy had chosen to abandon Kyiv is not the only example of misinformation employed by Russia to disturb the morale of their opposition. On Friday, Russian President Vladimir Putin claimed to have ordered a ceasefire in anticipation of peace talks between Moscow and Kyiv.

According to Zelenskyy, this pause never happened as the opposing forces continued to clash throughout Friday night and Saturday morning. According to Reuters, Kremlin spokesperson Dmitriy Peskov referred to these fights as only being with “groups of nationalists.”

Zelensky’s advisor Mykhailo Podolyak told Reuters that the country was open to negotiating peace but implied the country would not accept unreasonable Russian demands. He added, “It was yesterday that the aggressive actions of the armed forces of the Russian Federation escalated, up to evening and night mass air and missile strikes on Ukrainian cities. We consider such actions only an attempt to break Ukraine and force it to accept categorically unacceptable conditions.”

Russia’s defense ministry also claimed to have captured the strategic city of Melitopol, which Britain’s intelligence has denied.

One thing that is not in dispute is the increasing cost of life. Deputy Defense Minister Hanna Malyar told Reuters yesterday that an estimated 2,800 Russian troops had lost their lives at that time along with 516 military vehicles, 80 tanks, and 17 aircrafts.

Malyar told her people, “We are strong! Victory will be ours!”

However, Kyiv has also announced the loss of 198 civilians so far in the war, including 3 children. Despite this, the Ukrainian people remain strong with unprecedented acts of bravery.

13 soldiers stationed on the small Black Sea island of Zmiinyi told approaching Russian warships to “go %@$# yourself” rather than surrender. Similarly, a brave woman in the streets of Kyiv challenged Russian soldiers on their narrative that they were conducting “military exercises” in the city.

The inspirational strong will of the people has been noted by individuals like Senator Marco Rubio (R-Fla.), who suggested Putin did not anticipate such a fight:

The first 48 hours of #Putin’s plan envisioned not getting bogged down in cities,capturing #Kyiv,eliminating top govt leaders & a puppet “Supreme Council” assuming control of #Ukraine

However, sometimes courage takes a different form as one Ukrainian father demonstrated this morning when he surrendered his young son and daughter into the care of a stranger so the children could evacuate to safety in Hungary. Reuters reported that the 58-year-old Nataliya Ableyeva waited with the children until their mother, who had been in Italy, arrived to collect them. Abelyeva said, “Their father simply handed over the two kids to me, and trusted me, giving me their passports to bring them over.”