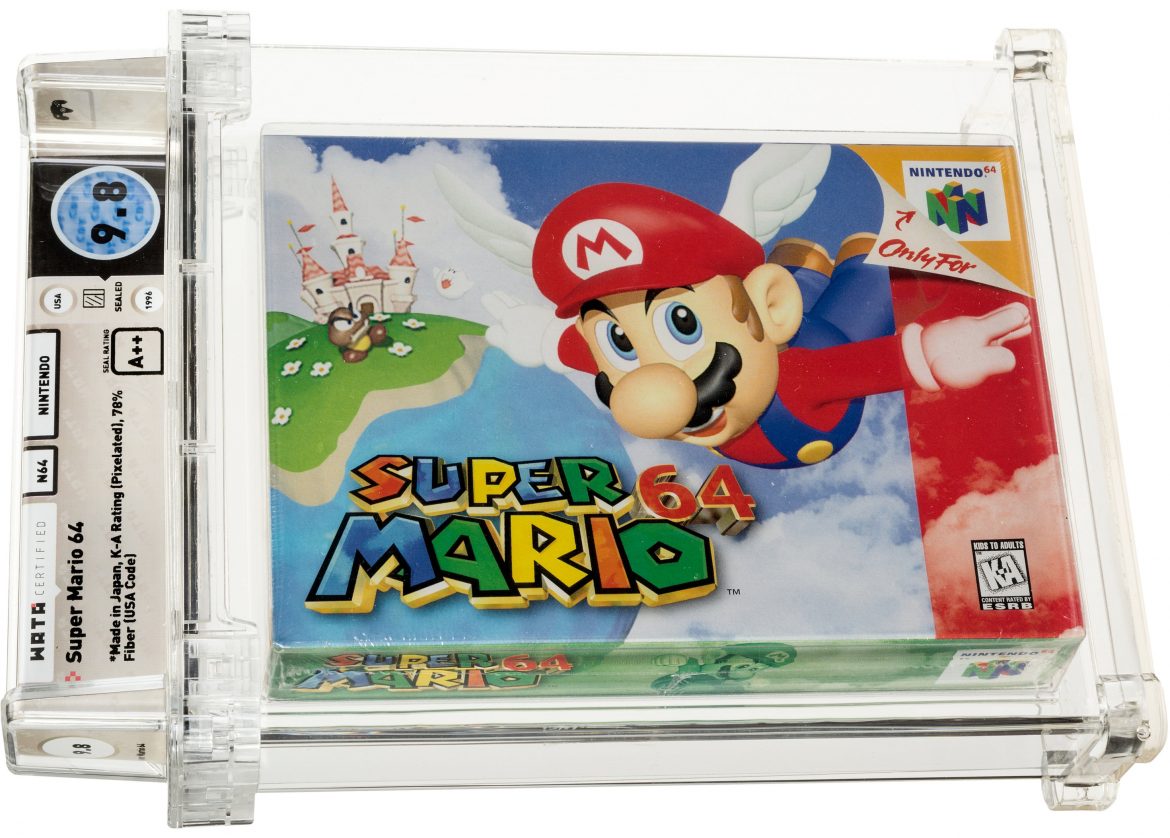 Heritage Auctions in Dallas, Texas announced that they sold an untouched copy of Super Mario 64, the best-selling game on the Nintendo 64 system, for a record-setting $1.56 million. The auction house held bids starting on July 9 and finished selling the game on July 11.

The Heritage Auctions description for their copy of Super Mario 64 is as follows:

What can we even say that would do this copy the justice it deserves? The cultural significance of this title and its importance to the history of video games is paramount, and the condition of this copy is just so breathtaking that we’re really at a loss here. If you have had your heart set on obtaining the highest graded copy of the single best-selling video game on the Nintendo 64 — the first 3D adventure of Nintendo’s mascot, Mario — we only have one piece of advice: this is not an opportunity to waste.

The previous record for the highest selling video game was held by a similarly fresh copy of The Legend of Zelda game for the Nintendo Entertainment System, also from Heritage Auctions. The auction house described this “sealed, early production copy” of the game as “no doubt the apotheosis of rarity, cultural significance, and collection centerpieces. A proverbial trifecta of collector perfection that only one will receive the honor of calling their own.”

The Legend of Zelda copy from Heritage Auctions sold for $870,000 and held the record for highest sold video game until the Super Mario 64 copy broke it just two days later.

This auction broke an even earlier record held from Heritage Auctions for the highest selling individual video game. In April of this year an unopened copy of the Super Mario Bros. game for the Nintendo Entertainment System, originally purchased in 1986 and forgotten about until recently, sold for $660,000.