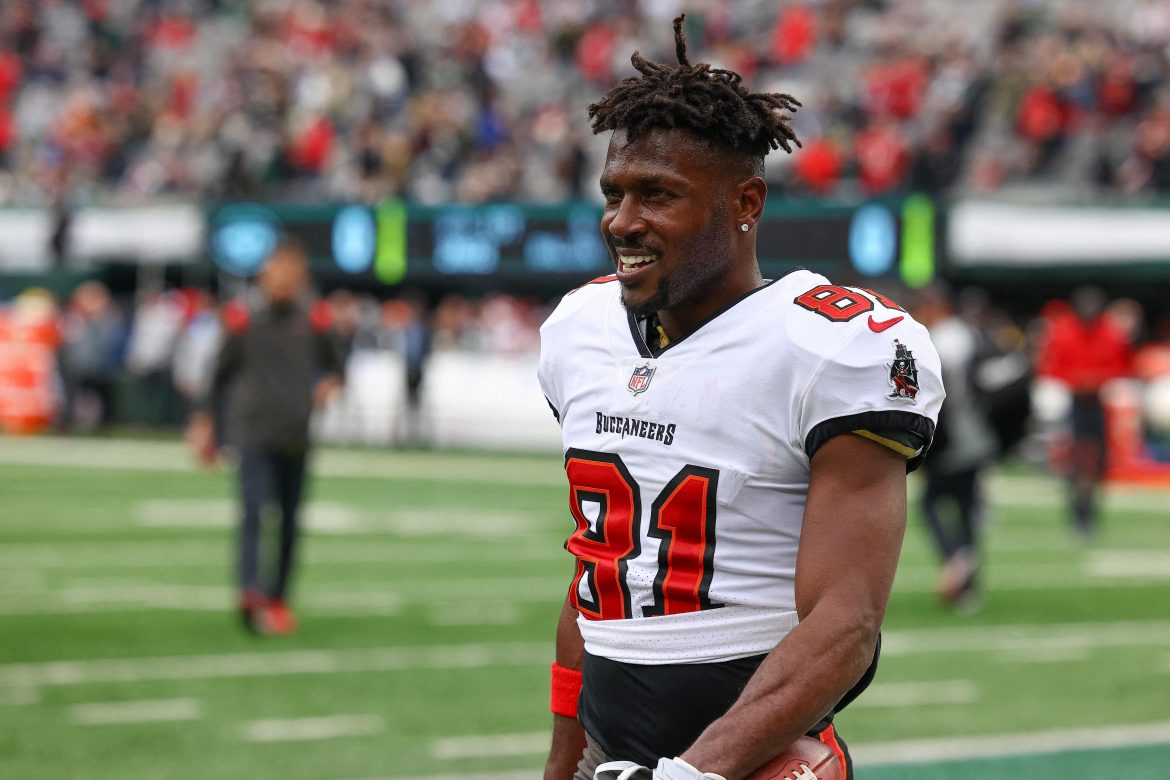 In the latest update in the publicized battle between NFL wide receiver Antonio Brown and the Tampa Bay Buccaneers, news broke Thursday that the team has officially released the controversial receiver.

Brown was seen storming off the field in the middle of Sunday’s contest between the Bucs and the Jets. Throughout this week, both Brown and head coach Bruce Arians gave their side of the story. Brown claims the Buccaneers were conspiring to force him to play through a serious ankle injury, prompting his outburst on Sunday.

Brown’s reputation in the league certainly clouds the validity of his claims, especially among sportswriters that have followed him for years.

While Antonio did receive treatment on his ankle and was listed on the injury report the week leading up to last Sunday’s game, he was cleared to play by our medical team prior to the start of the game and at no point during the game did he indicate to our medical personnel that he could not play. We have attempted, multiple times throughout this week, to schedule an evaluation by an outside orthopedic specialist, yet Antonio has not complied.

At no point during that game did he ever ask the trainer or doctor about his ankle — that’s the normal protocol. We go through protocols during games. I was never notified of it. Obviously that was a disturbing thing. We were looking for him to go back into the game.

It will be fascinating to see how this battle effects the Bucs and Brown, who appears to be in the twilight of his career. Tampa Bay has clinched their division and looks to defend their Super Bowl title as the playoffs approach, but they also now have an off-the-field distraction looming over their playoff chase.

I’m surprised there is nothing mentioned about the cool $1 mill bonus money that AB is so close to scoring from the organization. Somewhere that has to be a major part of our little story here, wouldn’t you say?