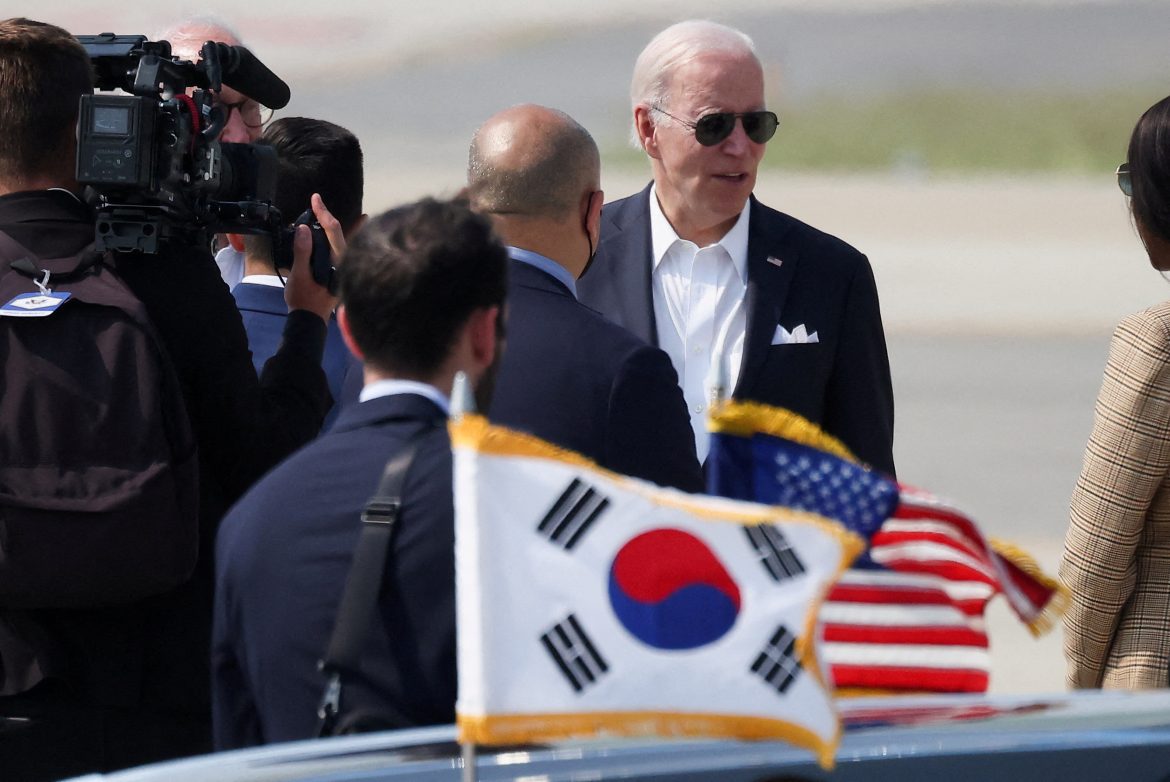 The joint military drills were discussed in direct response to North Korea’s progressing missile and nuclear program. According to Fox News, “North Korea has tested missiles 16 separate times this year, including in March, when its first flight of an intercontinental ballistic missile since 2017 demonstrated a potential range including the entire U.S. mainland.”

In a joint statement put out by the United States and the Republic of Korea (ROK), the leaders of the two countries showed solidarity and agreement on a host of topics including international order, climate change, renewable energy, and the Covid-19 pandemic. The key phrase within the statement, however, was, “With this in mind, and considering the evolving threat posed by the Democratic People’s Republic of Korea (DPRK), both leaders agree to initiate discussions to expand the scope and scale of combined military exercises and training on and around the Korean Peninsula.”

President Yoon was inaugurated just 11 days prior to the meeting with President Biden, making it the earliest in a South Korean President’s tenure that they have met with an American President.

The move to so quickly meet with the new South Korean President was a clear change of course from how President Trump navigated diplomacy in Asia.

Biden and Yoon affirmed that they were seeking to denuclearize the Korean peninsula stating that they would together confront North Korea toward that end. These statements are expected to draw an angry response from North Korea and CNN reported that, already, “US officials had been bracing for South Korea’s belligerent northern neighbor to thrust itself into the conversation with a nuclear or missile test.”

The joint statement also included: “President Yoon and President Biden reaffirm their commitment to maintain peace and stability, lawful unimpeded commerce, and respect for international law including freedom of navigation and overflight and other lawful use of the seas, including in the South China Sea and beyond. The two Presidents reiterate the importance of preserving peace and stability in the Taiwan Strait as an essential element in security and prosperity in the Indo-Pacific region.”

While President Biden downplayed the statement in terms of Chinese relations, a Chinese official tweeted this in response to the statement: “We hope that the U.S. will match its words with deeds and work with countries in the region to promote solidarity and cooperation in the Asia-Pacific, instead of plotting division and confrontation.”