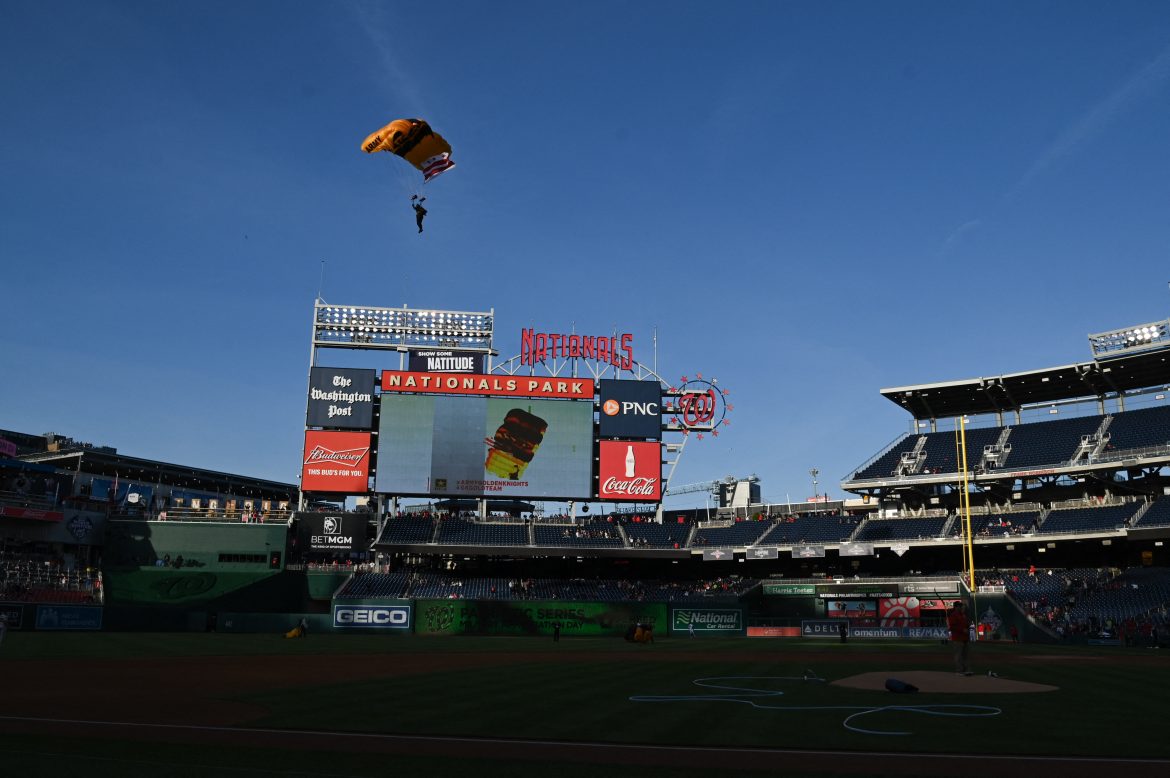 A parachute demonstration at an MLB baseball game was the inadvertent cause of an evacuation of the U.S. Capitol.

Wednesday evening, the U.S. Capitol Police sent an alert that it was tracking an aircraft that it deemed a “probable threat” to the Capitol complex, whereby this time staffers were pouring into the street, only to issue a less alarming tweet a short time later.

“The Capitol was evacuated out of an abundance of caution this evening,” a tweet from the Capitol Police reads. “There is no threat at the Capitol.”

The Congressional buildings are now open for staff to go back inside.

Our federal, state and local partners are still working to get more information.

In the interim, the Capitol Police learned that the aircraft in question was the plane that delivers the world-renowned Army Golden Knights precision parachute team to its demonstrations. Wednesday, the group parachuted into Nationals Park, where Washington’s pro baseball team was hosting a military appreciation event.

While the Capitol Police did not elaborate on what went wrong, Speaker of the House Nancy Pelosi (D-Calif.) blamed the Federal Aviation Administration for, she said, failing to notify authorities that the Golden Knights’ plane would be flying into restricted airspace.

“The Federal Aviation Administration’s apparent failure to notify Capitol Police of the pre-planned flyover Nationals Stadium is outrageous and inexcusable,” Pelosi said in a statement. “The unnecessary panic caused by this apparent negligence was particularly harmful for Members, staff and institutional workers still grappling with the trauma of the attack on their workplace on January 6th.

“Congress looks forward to reviewing the results of a thorough after-action review that determines what precisely went wrong today and who at the Federal Aviation Administration will be held accountable for this outrageous and frightening mistake.”

The FAA has not yet issued a response to Pelosi’s allegations, but the Army has promised a review.

“We are aware of the issues that occurred during the U.S. Army Golden Knights parachute team’s demonstration at the Washington Nationals baseball game as part of Military Appreciation Night April 20,” Kelli LeGaspi, a spokeswoman for Army Recruiting Command, told Army Times. “We are reviewing all aspects of the event to ensure all procedures were followed appropriately to coordinate both the flight and the parachute demonstration.”

Pelosi said the evacuation was warranted.

“In ordering the evacuation of the Capitol and vigilantly monitoring for a potential aircraft threat, our officers ensured the safety of all who work in these hallowed halls — and we thank them for their exemplary service,” Pelosi said.

As of this writing, the Nationals had not issued a statement. A release from the team advertising the military appreciation day on Wednesday made no mention of the Golden Knights’ participation.

Theology of Finances: The Rich and the Kingdom of God