US, Japan draw up joint military plan in the event of possible Taiwan emergency 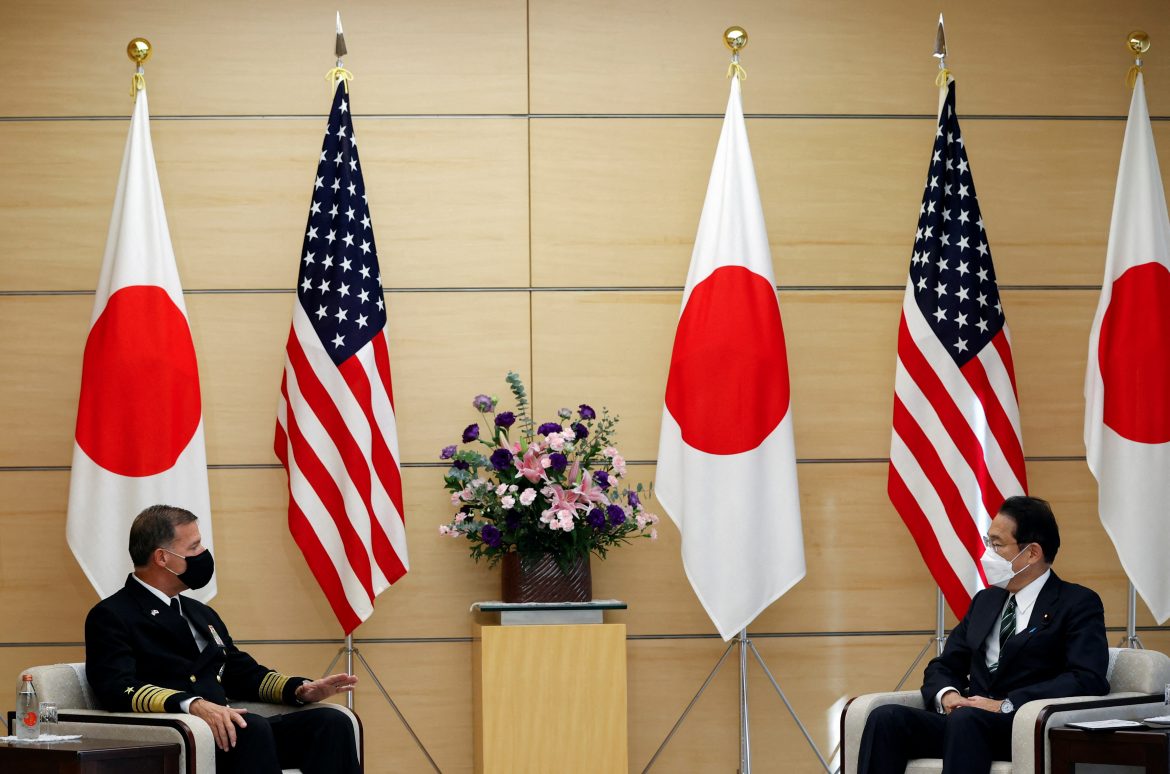 U.S. and Japanese military leaders have drawn up a draft plan for a joint operation in the event of an emergency in Taiwan as tensions rise between the self-ruled democratic island and China.

Citing unidentified Japanese government sources, Japan’s Kyodo news agency reports that the plan includes a deployment of U.S. Marine Corps troops to the Nansei island chain, an archipelago of Japan that stretches southwest toward Taiwan, to establish temporary bases. Japanese armed forces under the plan would provide logistical support including ammunition and supplies. An official plan will be finalized in the near future at a “2 + 2” high-level security meeting of foreign and defense ministers, according to the source.

The development is likely to prompt backlash from China, which views Taiwan as a rogue state that must be reunified with the mainland by whatever means necessary. Taiwan maintains, however, that it is its own sovereign country. China’s aggression toward Taiwan has ramped up over the past two years, during which time Beijing has sent hundreds of military aircraft into the island’s air defense identification zone.

A Defense Department spokesperson who spoke to The Hill said that the United States and Japan “share a strong commitment to peace and stability across the Taiwan Strait” and are “committed to enhancing resiliency and interoperability between U.S. and Japanese forces and deepening operational cooperation during peacetime and various regional contingencies.”

Reuters reports that a spokesperson for the Pentagon said the U.S. and Japan in March penned a joint statement affirming their shared commitment to peace and stability in Taiwan.

“We are committed to enhancing resiliency and interoperability between U.S. and Japanese forces and deepening operational cooperation during peacetime and various regional contingencies,” the Pentagon said.

Japan’s former Prime Minister Shinzo Abe last month said the U.S. and Japan will not stand by if China attacks Taiwan. “A Taiwan emergency is a Japanese emergency, and therefore an emergency for the Japan-U.S. alliance. People in Beijing, President Xi Jinping in particular, should never have a misunderstanding in recognizing this,” he said.

The U.S. currently has several major military bases in Japan, including on the southern island of Okinawa. Due to its proximity to Taiwan, Okinawa is a key location for U.S. troops should the Chinese launch an offensive against Taiwan.

The U.S. has provided military support to Taiwan since 1949, when China’s Nationalist government fled there after the Chinese Civil War, but has stopped short of establishing official ties with the island in accordance with the terms of the bilateral 1979 Taiwan Relations Act with China.

Taiwan’s government says it wants peace but will defend itself if needed.

Flight cancelations and delays leave thousands stranded for the holidays

Belief in natural immunity split along party lines according to poll