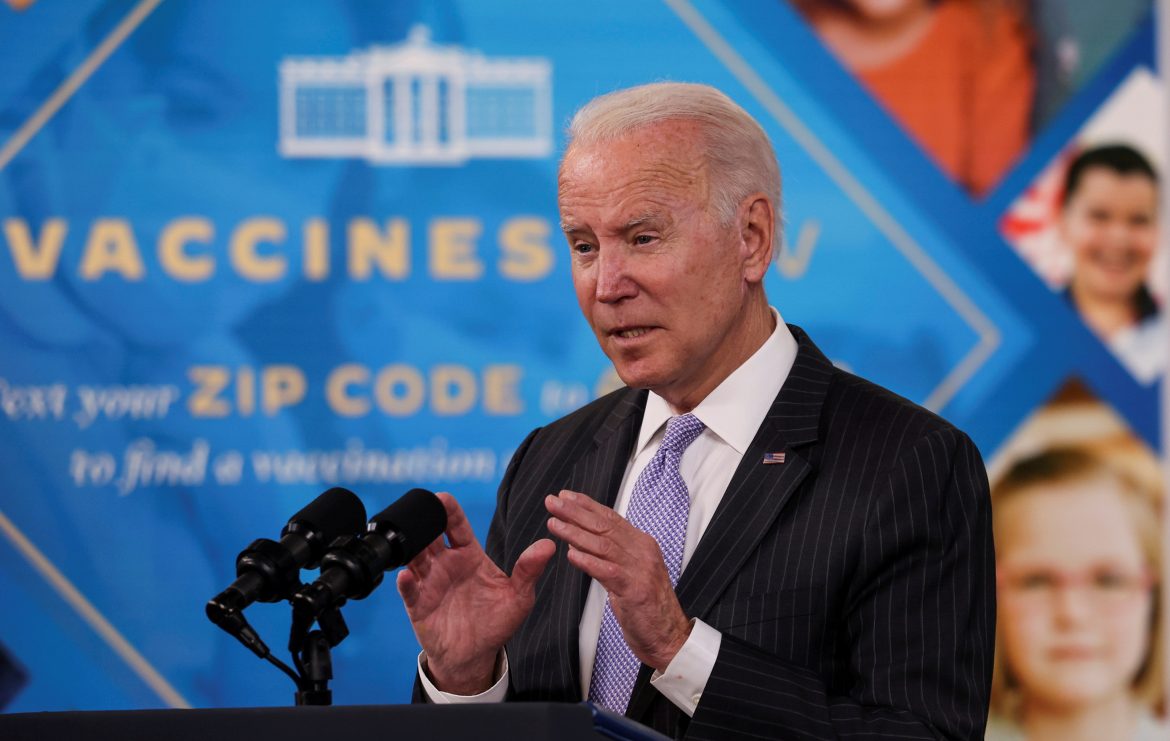 President Joe Biden’s vaccine mandate for companies with contracted employees who work for the federal government was shut down by a federal judge on Tuesday. The mandate was slated to take effect on Jan. 4 and would have applied to around one-fourth of the United States workforce.

This mandate would have impacted all companies that do business with the government, including Google, General Motors, Microsoft, and most major American-based airlines. However, the nationwide injunction, put in place by U.S. District Court Judge R. Stan Baker of the Southern District of Georgia, allows for a stay until the numerous challenges can be settled in court.

Multiple states, including Kentucky, Tennessee, Ohio and Georgia fielded objections to the mandate which would impact a massive cross-section of the American workforce. This is the most recent win for conservative states against Biden who has continually tried to enforce mandates that would force Americans to receive a COVID-19 vaccination or risk losing their way of earning a living. This injunction marks the third time a vaccine mandate instituted by the White House has been shot down.

Just last week a preliminary injunction was ordered by a Kentucky federal judge, which was cited by Baker in the Georgia ruling. Baker stated in his ruling that regardless of whether the vaccine would be effective in stopping the spread of COVID-19, the Biden administration didn’t have the power to issue the executive order in question.

“The court found that the states could likely prove that Congress didn’t clearly authorize the president to issue the mandate, and that it ‘goes far beyond addressing administrative and management issues in order to promote efficiency and economy in procurement and contracting,’” Bloomberg Law reported.

The Biden administration was decidedly disappointed with the court’s ruling. White House spokeswoman Jen Psaki took the time to speak out on Tuesday in favor of the administration’s move to once again attempt an executive order to mandate vaccinations:

The reason that we proposed these requirements is that we know they work and we are confident in our ability, legally, to make these happen across the country.

Not everyone in the government was disappointed with the ruling, however. Idaho Gov. Brad Little reportedly cheered at the statement of Tuesday’s ruling and released a statement of his own celebrating the stay:

Yet another one of President Biden’s vaccine mandates have been temporarily shut down because the states—including Idaho—took a stand against his unprecedented government overreach into Americans’ lives and businesses. All three mandates are now completely stalled. We will continue to press forward in our fight against the federal government’s bad policies.

We will continue to stand up for the rule of law to protect our state and our citizens from this unconstitutional and unprecedented federal overreach. For updated information on each of our lawsuits, visit our website ➡️ https://t.co/qas5754CNX

This development comes just one week after a federal court in the Western District of Louisiana moved to halt the Biden administration’s COVID-19 vaccination mandate for health care workers. In that case, the judge similarly ruled that the government was overstepping its authority to require all of the full-time employees, part-time employees, volunteers, and contractors at health facilities participating in Medicare and Medicaid programs to be fully vaccinated by Jan. 4.