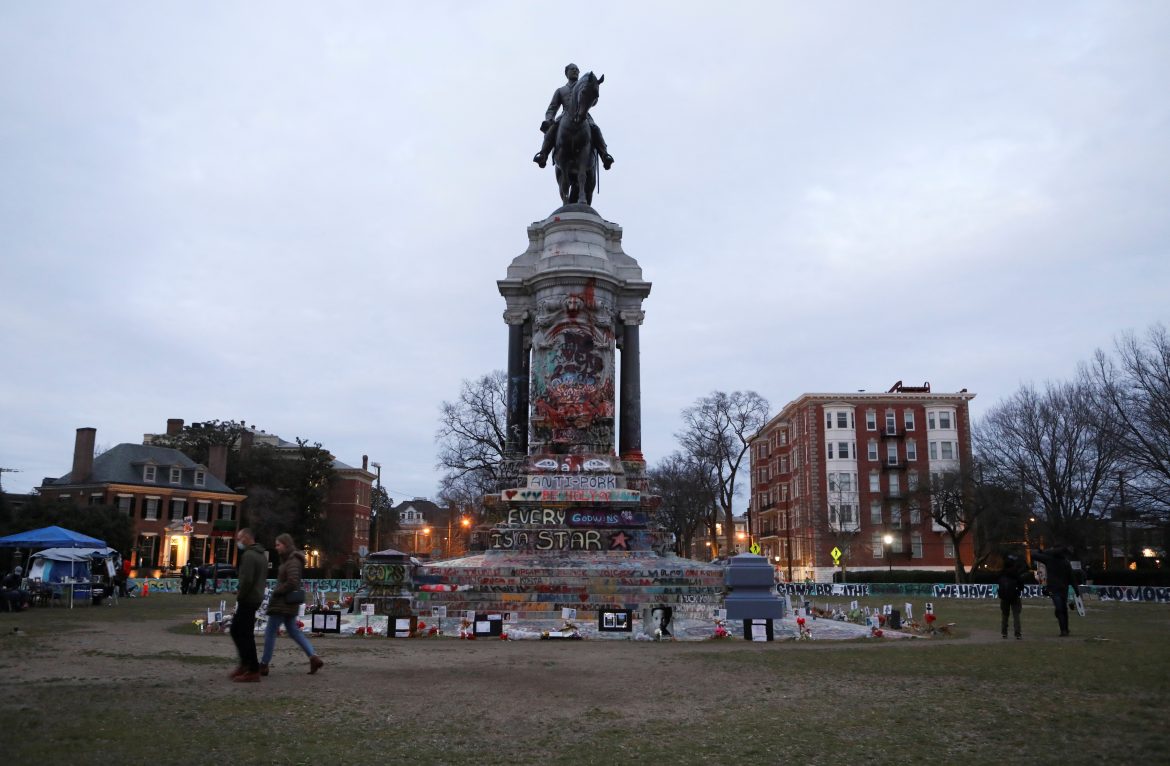 The Virginia Supreme Court unanimously ruled on Thursday that the state can take down a towering statue of the Confederate Civil War General Robert E. Lee from its capital city of Richmond. Many protestors believe the statue represents a culture of racial injustice.

Ruling in two cases, the court said Governor Ralph Northam could remove the statue because restrictions in deeds from 1887 and 1890 that transferred the statue to Virginia no longer reflected the state’s values, and were therefore unenforceable.

The 21-foot bronze statue located on Monument Avenue in the Confederacy’s former capital depicts Lee in military attire atop his horse, and sits on a 40-foot pedestal. Plans to remove the statue have been circulating since June of 2020, just days after the death of George Floyd.

The removal was challenged by nearby residents who said they had a property right to enforce the deeds, and that an 1889 legislative resolution required leaving the statue alone.

It was also challenged by a descendant of the family that transferred the statue, who described what the court called his “familial pride” in the statue.

But the court said restrictive covenants in the deeds were “unenforceable as contrary to public policy and for being unreasonable because their effect is to compel government speech, by forcing the Commonwealth to express, in perpetuity, a message with which it now disagrees.”

Virginia state authorities said removing the 12-ton statue would be a multi-day process, and would not begin this week. The statue of General Lee, a man who strongly disliked slavery and should be remembered for more than just his role in the Civil War, is the latest monument that left-leaning protesters are demanding be removed.

What’s up with Facebook’s WhatsApp? Company Fined for Sharing Data