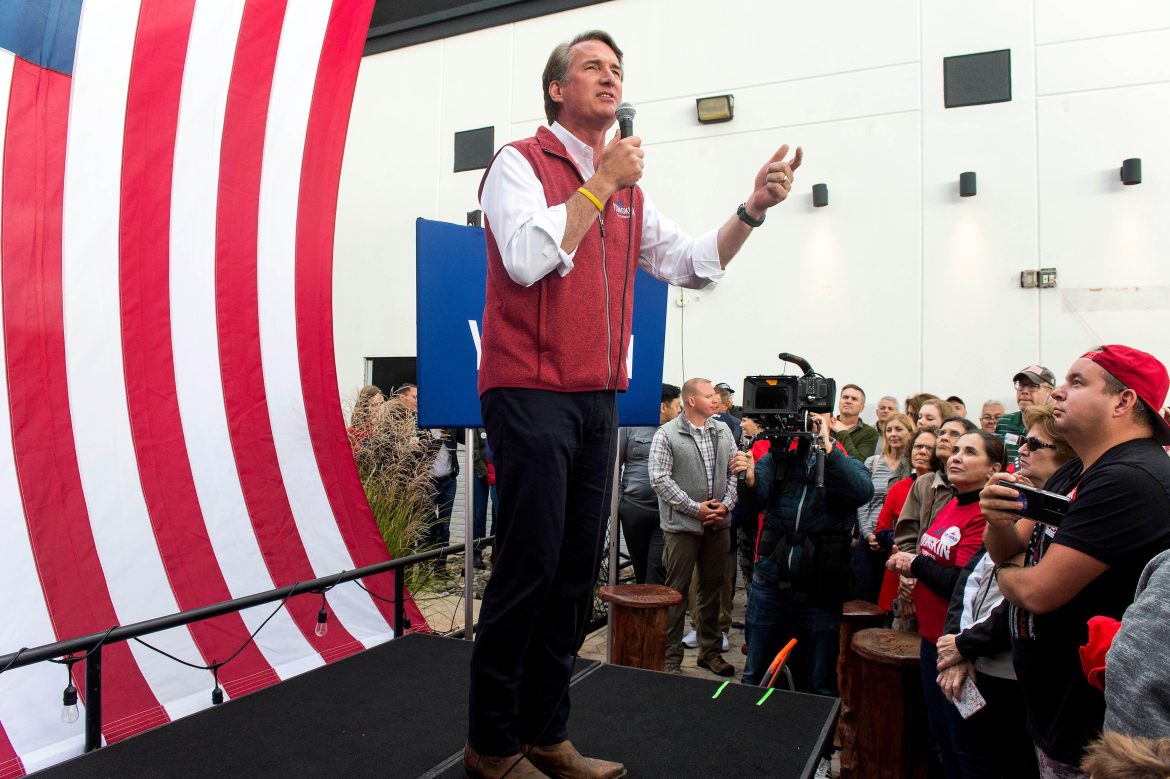 Under the new model policies, which were released on Friday, students will be required to use school facilities, including bathrooms and locker rooms, that correspond with their biological sex. The guidance would further bar teachers and other school personnel from concealing information about a student’s gender from parents and require that parents are notified about and given the opportunity to object to any form of counseling services offered to their children which are related to gender.

“The Code of Virginia reaffirms the rights of parents to determine how their children will be raised and educated. Empowering parents is not only a fundamental right, but it is essential to improving outcomes for all children in Virginia,” the new guidance states.

The modified policy further states that all minor students are to be addressed by their biological pronouns unless a parent explicitly expresses approval of something different. The directive cites First Amendment privileges which “guarantees religious freedom and prohibits the government from compelling speech that is contrary to an individual’s personal or religious beliefs.”

The new policy falls in line with Youngkin’s platform that has focused on ensuring that parents remain largely in control of decisions regarding the raising of their children:

Following a 30-day public comment period that opens later this month, school boards will be required to adopt policies “consistent with” the guidelines.

The governor’s spokesperson Macaulay Porter said the revised policy “delivers on the governor’s commitment to preserving parental rights and upholding the dignity and respect of all public school students” in a statement, according to the Associated Press.

Youngkin’s predecessor, Ralph Northam, a Democrat, issued guidance in 2021 that required schools to allow students to participate in school programs, such as athletics, according to their preferred gender, and guided schools to determine whether to share information about a student’s gender identity with parents on a “case-by-case” basis. According to this previous directive, schools could keep a student’s gender information a secret if they felt telling parents might threaten the student’s well-being or safety, but provided little guidance on what fell under these terms.

The new guidance was praised by conservative lawmakers and groups.

“Thank you @GovernorVA for fixing one of the most overreaching and abusive uses of a ‘model policy’ that I’ve seen,” Del. Glenn Davis (R-Va.) said in a tweet. “This new standard ensures all students have the right to attend school in an environment free from discrimination, harassment, and bullying.”

“Polling consistently shows that when it comes to the topic of gender in schools, parents worry about fairness, safety, and the preservation of parental rights – and that these concerns transcend both racial and political lines. Today, Virginia has shown that it is listening to parents through its new proposed guidelines, and we are grateful for their responsiveness,” Nicole Neily, president and founder of Parents Defending Education, told Fox News Digital.

Neily said that her organization “has been overwhelmed by tips from across the country on gender issues in the classroom, which underscores that this issue is a major flashpoint for families from coast to coast.”

“The actions by Youngkin’s Department of Education are an outright violation of Virginians’ civil rights, and perpetuate the national MAGA playbook of obliterating any inference of diversity, equity, or inclusion in our communities. This move is yet another iteration of the Governor’s lack of empathy and proof of how out-of-touch he and Virginia Republicans are with everyday Virginians,” they wrote.

The remarks appear to belie a lack of familiarity with the full text of the new 18-page guidance, which includes a requirement that schools take steps to ensure that no student is discriminated against on the basis of gender and that reasonable accommodations can be made to “attempt to accommodate students with distinctive needs, including any student with a persistent and sincere belief that his or her gender differs from his or her sex.” For instance, the guidance suggests that single-user bathrooms should be available and clearly marked in areas accessible to students.

Youngkin made parents’ rights in education a central issue of his campaign in Virginia’s 2021 off-year election, leading to his stunning defeat of Democrat Terry McAuliffe, who had been long expected to sail to victory in the blue-leaning state.