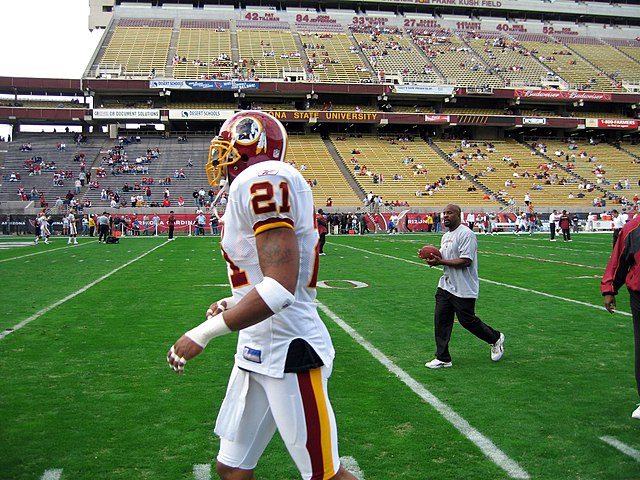 The Washington Football Team has dominated sports headlines this week, and not for good reasons. In the wake of Jon Gruden’s resignation over leaked emails earlier this week, the NFLPA asked the NFL to reopen its case against Washington for allegations of a toxic and abusive working environment.

Despite the allegations, the team announced Thursday that it will retire the number 21, worn by late defensive back Sean Taylor, during Washington’s home game against the Kansas City Chiefs on Sunday.

Taylor possessed incredible talent when he broke into the league in 2004. He was one of the most dynamic players on the then-Washington Redskins, leading the team to a playoff birth and a victory in the wildcard round in 2005. In 2007, he was considered one of the best young defensive backs in the league entering the prime of his career.

Tragically, on November 27, in the middle of his best season to date, Taylor was shot and killed by robbers breaking into his house in Florida. The young defensive back’s death was devastating, not just for the Redskins, but for the entire league.

Many are speculating that this ceremony is merely an attempt from an already corrupt organization to take advantage of Taylor’s tragic death by covering over the allegations and diverting media attention away from the organization’s highly publicized problems. Sports media personalities took to Twitter on Thursday to show their frustration with Washington:

They didn't retire it on the 10 year anniversary of his death in 2017.

They aren't retiring it on the anniversary of his death this year.

They're retiring it, with 4 days notice, in the midst of an off-field scandal.

Sean Taylor is the GOAT.

Don't use him as a distraction. https://t.co/3kg4EbhEMy

Sean Taylor deserves better than being used as a PR shield https://t.co/yiI1BdZhdp

Sean Taylor deserves this honor a thousand times over. Announcing this on Thursday of a week where your organization’s impropriety is again in the news is at BEST tone deaf/unaware, and at WORST the gross use of a man’s legacy as a deodorant for the situation

The Football Team claims innocence, saying it had planned the celebration months in advance. The organization issued a statement on Thursday which reads, in part,

We have been planning this weekend’s tribute to Sean Taylor since before the start of the season in partnership with Sean Taylor’s family and as part of our Alumni weekend activities. … We apologize to fans who would have liked more notice and will continue to share with fans ways we will be celebrating Sean Taylor’s legacy over the next month.