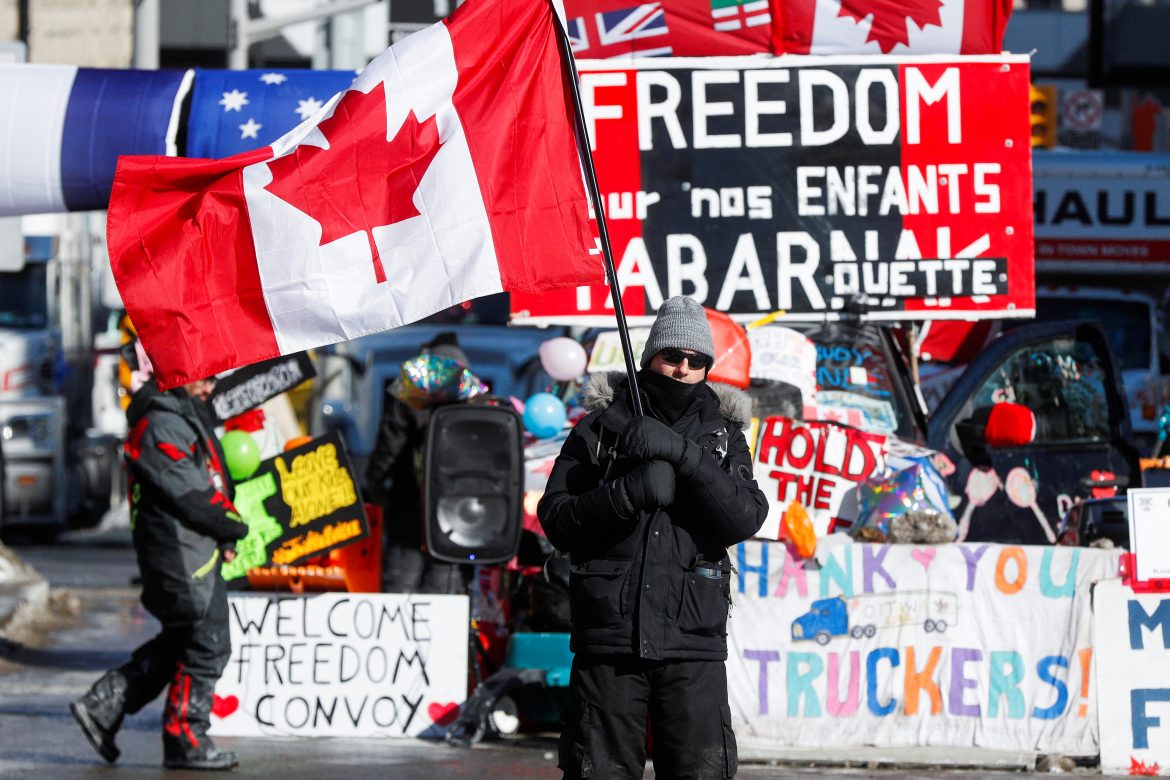 Over the weekend, Christian crowdfunding organization GiveSendGo announced that they experienced a cybersecurity attack and that the names of donors to the Canadian Freedom Convoy were released as a result. Now reports have surfaced of The Washington Post tracking down some of these donors and questioning why they gave to the protesters.

News of The Post locating donors comes from journalist Saagar Enjeti, who took to Twitter to post a supposed email sent by The Post to one of these donors. Enjeti cites an anonymous source for providing him the email and warns that people “who gave as little as 40 dollars” are being contacted.

Email provided to me by a source pic.twitter.com/qbzebYyHiP

The Post is one of a couple of other known news agencies reaching out to donors because of the released data, the others being the Canadian Broadcasting Corporation (CBC) and the CTV Television Network. In each instance, journalists used a list of names to contact persons who have allegedly donated to the truckers and protesters.

A similar email from CBC was reported in a Breitbart exclusive, also citing an unnamed source. The email seemingly comes from David Fraser and Guy Quenneville of CBC Ottawa, asking the recipient why they donated and how they feel about the “public release of hacked data” that includes their private information.

“We should stress: we are not automatically identifying anyone by name in our story,” the email reads, adding that they “need to verify with people that they indeed contributed, as a first step.”

“The second step is seeing if people will share their story with us.”

CTV Ottawa anchor Graham Richardson also confirmed over Twitter that he has been trying to contact “local people who have donated to the trucker convoy.” He says he is doing this to “understand why they support this.”

Have spent the last two days calling local people who have donated to the trucker convoy. Including a former MP, several business owners, health care professionals and a property developer. Trying to understand why they support this. Very few calls back #ottnews #OccupiedOttawa

Richardson noted in a second tweet that some people “don’t agree” with him reaching out to the donors, and he tried to assure them that CTV does not publish “any of the names until we have spoken to the person and they have confirmed they donated.”

The release of the list of donors was not hard to find, as some people on social media shared the link in the hopes of trying to expose those who gave. One example was Canadian radio host and personality Dean Blundell, who publicly put out the list on his Twitter page and website.

U.S. outlets like The Post and MSNBC have been targeting the convoy and its supporters for weeks, according to reporting from Fox News. These outlets depict the truckers as “a cult” or even as fascists. Michael de Adder, cartoonist and opinion contributor to The Post, was in a spot of trouble in late January when he posted a cartoon depicting the Freedom Convoy with the word “FASCISM” written on the side of each truck.

The cartoonist was compelled to expound on his take, saying on Twitter that he supports truckers in general but not this convoy.

I support all truckers. It’s a tough job. I never drove a truck but I loaded thousands before I became a cartoonist. I know so many truckers and they are all good people. I do not support this convoy.

The Post also shared an article on their Twitter page with a map supposedly showing the locations and hotspots of the donors to the Freedom Convoy based on the hacked data set. There is somewhat of a double standard on Twitter’s end which silenced articles involving the Hunter Biden laptop that came from the New York Post for hacking concerns.

At the time, FISM News reported that Twitter “said the article contained private information such as contact information, which violates Twitter rules.” Twitter further said that the piece violated the company’s “Hacked Materials Policy,” and they did not wish to “incentivize hacking” in order to justify taking down the Hunter Biden content.

Twitter defines a hack as “an intrusion or access of a computer, network, or electronic device that was unauthorized or exceeded authorized access.” Despite this policy still in existence, the company has not acted to remove any of the content from its platform.