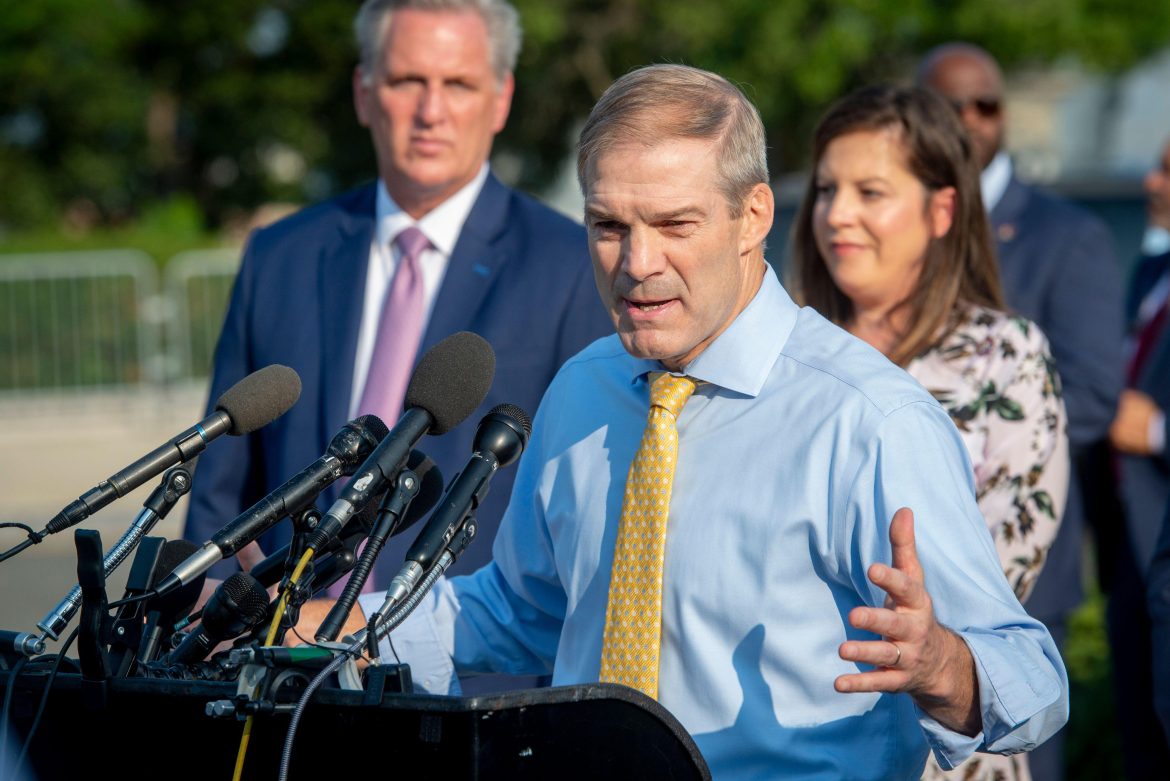 Representative Jim Jordan and other Republican members of the House Judiciary Committee are not happy with FBI officials, saying that the government agency is padding stats of domestic terrorism as a means of pushing a set agenda.

The committee made their displeasure known in a letter to FBI Director Christopher Wray on Wednesday, citing multiple agents who have reported concerning actions by the ranking officials in the agency.

“We continue to hear from brave whistleblowers about disturbing conduct at the Federal Bureau of Investigation,” the letter reads. “From recent protected disclosures, we have learned that FBI officials are pressuring agents to reclassify cases as ‘domestic violent extremism’ even if the cases do not meet the criteria for such a classification.”

Jordan asserts that the motivation for leaning on agents to artificially increase the number of domestic terrorism instances stems from a desire by Bureau superiors to back up President Bidens repeated claim that domestic violent extremism (DVE) is the greatest threat facing our country.

Director Wray and Attorney General Merrick Garland have frequently parroted the president’s claim saying, “violence perpetrated by DVE’s, including the January 6, 2021, breach at the U.S. Capital, represent the greatest domestic security threat facing the United States,” as stated by the Epoch Times.

The letter cites the accounts of multiple whistleblowers who have said that the desire to “satisfy their superiors” and incentivization programs have led to an environment of “pressure” within the FBI.  The informants contend that because agents are not finding enough DVE cases, they are encouraged to reclassify cases as DVE cases, even if there is only “minimal, circumstantial evidence to support the classification.” One agent told Jordan’s office that bolstering DVE numbers often led to awards and promotions.

Jordan states that this new evidence reinforces the belief that the FBI is being used as a political tool and “cheapens” the actual incidents of domestic terrorism.

In June, GOP members of the House Judiciary Committee raised concerns over reports that the FBI was actively “purging” employees who have expressed conservative viewpoints surrounding the events of Jan. 6, including displeasure over the Bureau’s narrative.

The Bureau has been blasted by conservatives recently over concerns that it has a woke left-wing agenda, particularly in light of their dysfunctional entanglement in the Hunter Biden scandal and the infamous Trump/Russia collusion saga.

The committee requested all documents and communications relating to classifying or reclassifying domestic violence extremism cases by August 10, and also asked for an in-person briefing on the matter.