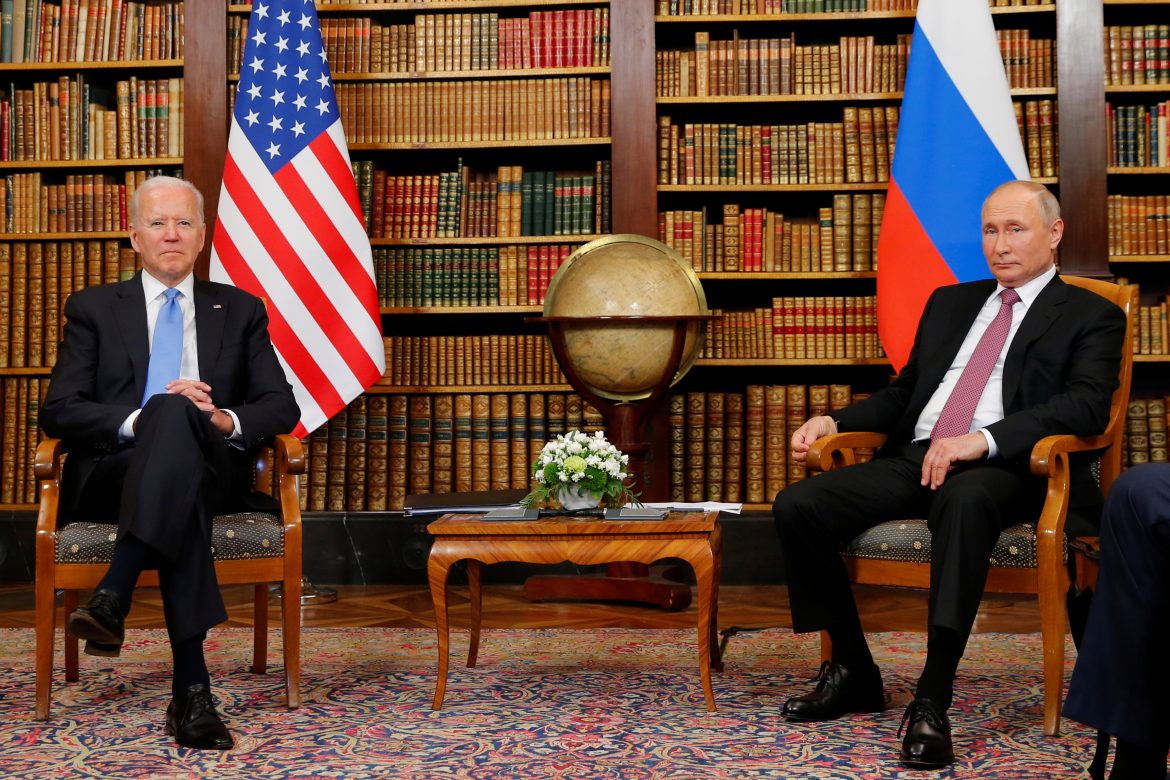 Russia and the U.S. have announced a video call on Tuesday to discuss diplomatic concerns, especially regarding the tension between Russia and Ukraine.

The call was announced on Saturday through a statement from White House spokesperson Jen Psaki. She wrote, “The leaders will discuss a range of topics in the U.S.-Russia relationship, including strategic stability, cyber, and regional issues. President Biden will underscore U.S. concerns with Russian military activities on the border with Ukraine and reaffirm the United States’ support for the sovereignty and territorial integrity of Ukraine.”

Kremlin spokesperson Dmitry Peskov confirmed to Reuters that the call will take place on Tuesday. He said, “Bilateral relations, of course Ukraine and the realization of the agreements reached in Geneva are the main [items] on the agenda.”

“My expectation is we’re going to have a long discussion with Putin,” President Joe Biden said on Friday about the Russian president before the call was officially planned. He added to reporters, “I don’t accept anybody’s red lines.”

The “red lines” refer to a build-up of Russian troops along the Ukraine border. Satellite images from October showed both ground troops and armored units, and intelligence reports showed the movement of these troops began in late September. It is now believed that more than 94,000 Russian troops are stationed near the border.

On Friday, Ukraine Defense Minister Oleksii Reznikov voiced concerns that Moscow planned to launch a large-scale military offensive against them in January.

“I don’t know what they are going to do, but I am very, very concerned,” U.S. Army Chief of Staff James McConville said about the troop amassment at a recent conference.

The U.S. warned Russia last week to pull back their troops. However, Moscow accuses its southern neighbor of building up its military forces on the border and claims that both the U.S. and Ukraine are engaged in destabilizing behavior in the region.

U.S. Secretary of State Antony Blinken has voiced support for Ukraine’s sovereignty. He recently said, “Should Russia follow the path of confrontation, when it comes to Ukraine, we’ve made clear that we will respond resolutely, including with a range of high impact economic measures that we have refrained from pursuing in the past.”

Biden also said last week that he was working on “comprehensive and meaningful” initiatives to deter a Russian-Ukrainian conflict. Details have not been announced, but U.S. officials have suggested harder sanctions might be enacted against Moscow.

In addition to Ukraine, U.S. and Russia relations have deteriorated over the past decade, beginning with Russia’s 2014 annexation of Crimea from Ukraine. Russia also intervened in the 2015 Syrian conflict and was accused of tampering with the 2016 U.S. election.