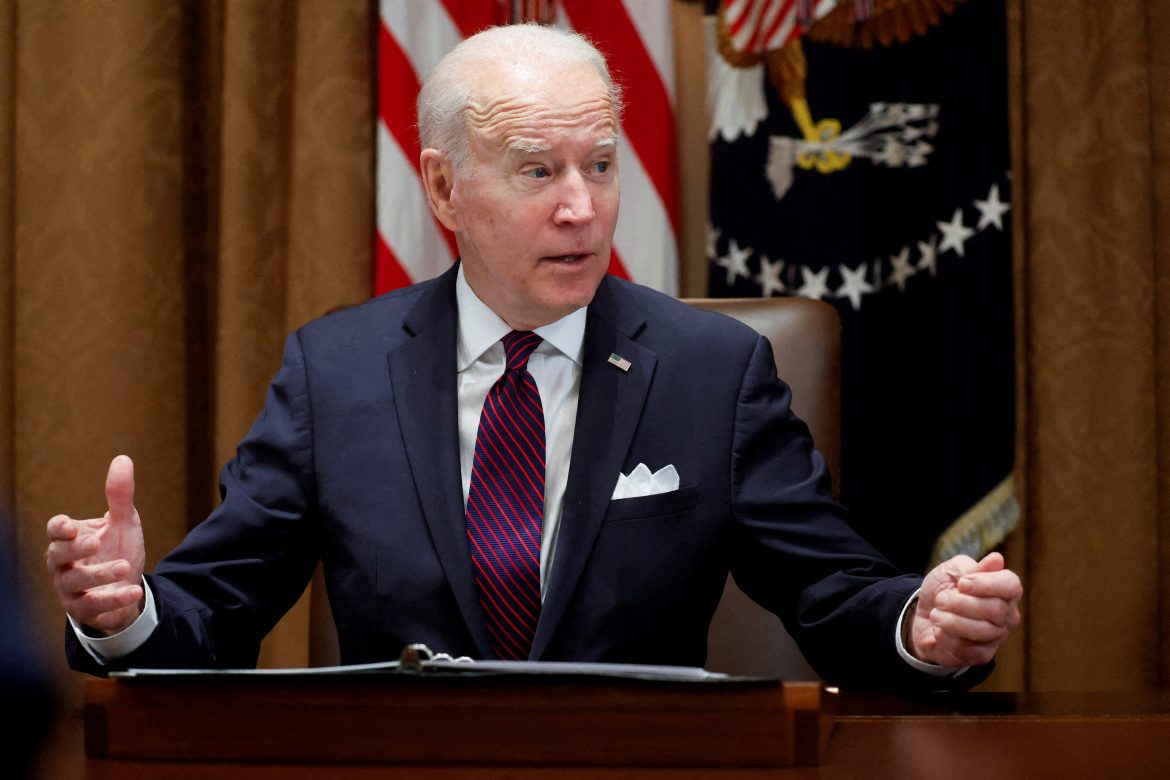 The White House tried to walk back comments President Biden made Wednesday that the upcoming midterm election results may be “illegitimate” if the Democrats’ voting rights package fails to pass in the Senate.

“I’m not going to say it’s going to be legit,” the President said when asked by a reporter if he thought the 2022 election results would be valid if the voting bill isn’t passed. “The increase and the prospect of being illegitimate is in direct proportion to us not being able to get these reforms passed,” Biden said.

Critics pounced immediately, asking how Biden could call to question the legitimacy of the election after excoriating former President Donald Trump over his claims that he won the 2020 presidential contest. Republican senators called Biden’s remarks irresponsible.

“It’s unfortunate,” Sen. Rob Portman (R-Ohio) told Fox News. “As you know, the Democrats have been highly critical of those Republicans who refused to accept the results of the last election and use the word ‘rigged’ to say that elections weren’t fair. They’re using the exact same language and casting doubt on elections,” Portman said before adding “It’s irresponsible.”

The senator has also been critical of Trump’s claims that the 2020 election was “rigged.”

Republican Senator Mitt Romney, who blasted Trump for saying the 2020 presidential election was stolen, also admonished Biden for casting doubt that the upcoming midterm results can be trusted.

‘It’s the same path that Donald Trump went down, which is attempting to delegitimize an election, which in my opinion, is an unfortunate and potentially dangerous course to take for the leader of democracy,” Romney told reporters on Capitol Hill Wednesday night.

White House Press Secretary Jen Psaki took to Twitter early Thursday in an effort to clean up the President’s gaffe.

‘Lets be clear: @POTUS was not casting doubt on the legitimacy of the 2022 election. He was making the opposite point: In 2020, a record number of voters turned out in the face of a pandemic, and election officials made sure they could vote and have those votes counted,’ she wrote, adding in a second tweet,  “He was explaining that the results would be illegitimate if states do what the former president asked them to do after the 2020 election: toss out ballots and overturn results after the fact. The Big Lie is putting our democracy at risk. We’re fighting to protect it,” she said.

Vice President Kamala Harris was also pressed on Biden’s comments as she waded through several morning show interviews Thursday. Harris tried to avoid answering the questions directly, instead talking about the need to pass the Democrat’s progressive legislation to federalize the election process.

A question from NBC’s Today host Savannah Guthrie sparked a tense back and forth between the two when Guthrie asked Harris, “Is [Biden] really concerned that we may not have fair and free elections?”

“The president has been consistent on this issue,” Harris responded. “And the issue is that there are two bills – the John Lewis Voting Rights Act and the Freedom to Vote Act – that have been the solution that has been offered to address the fact that around our country, states have put in place laws that are purposely making it more difficult for the American people to vote.” The vice president went on to say that 55 million Americans could potentially be disenfranchised if the laws failed.

The interview quickly descended into crosstalk between Guthrie and Harris, during which the Today host attempted to follow up on the vice president’s response while Harris demanded she be allowed to finish her statement.

“The specific question, if you don’t mind – does he think, now that these bills haven’t been passed, that the ’22 midterms won’t be legitimate or fair or free?” Guthrie interrupted.

“Let’s not conflate issues,” said Harris before trying to walk back her comments.

Is President Biden really concerned that we may not have free and fair elections? –@SavannahGuthrie to @VP pic.twitter.com/pQmv6MLVb5

The White House also was forced to clear up Biden’s statement that the U.S. would likely take no action against Russia if it committed a “minor incursion” against Ukraine. The White House quickly put out a statement that the administration’s response to any invasion of Ukraine by Russia will be “swift, severe, and united.” Western allies are frantically trying to deescalate Moscow’s aggression toward the ex-Soviet, self-governing country with little to no progress.