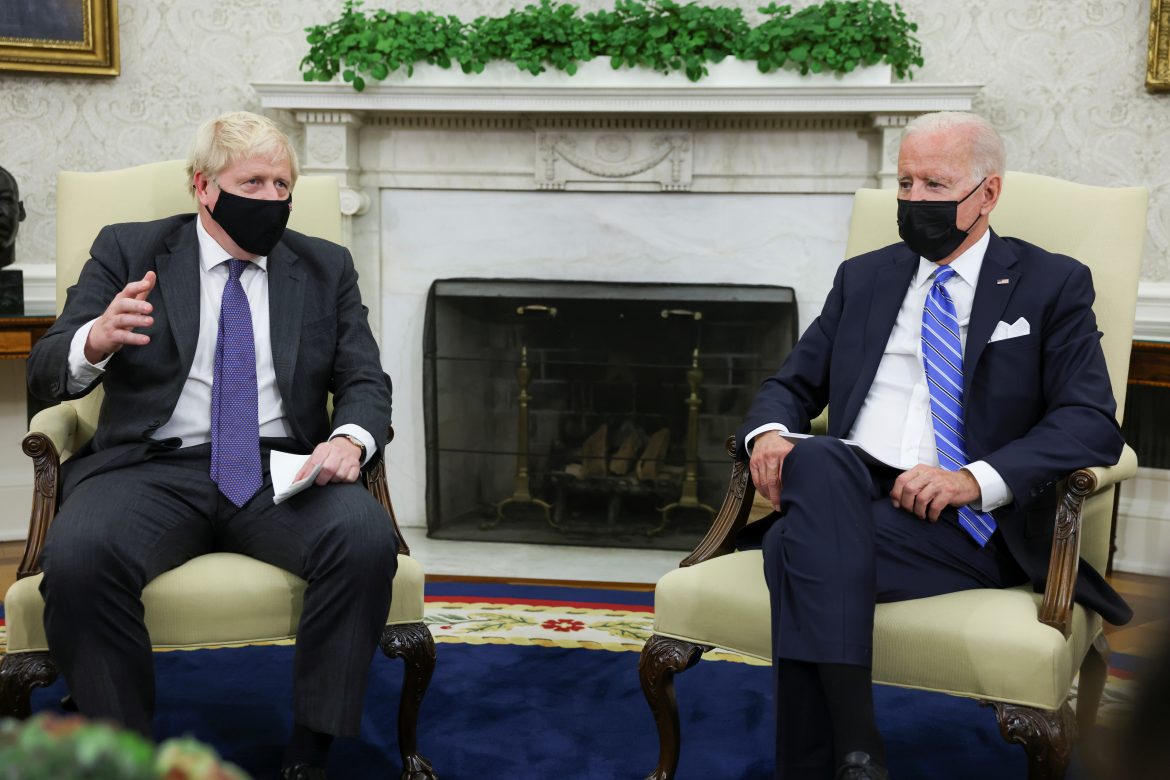 According to the White House, U.K.’s Prime Minister Boris Johnson is to blame for why American reporters were sent out of the Oval Office on Tuesday. This resulted in upset journalists who now have one more complaint about President Joe Biden’s lack of availability to respond to questions.

The controversial moment occurred during a joint meeting between Biden and Johnson, who both delivered brief remarks. Then, Johnson called on two British reporters for questions. Both Johnson and Biden responded to these reporters.

But when American reporters raised their questions, White House press aides ushered all reporters from the room.

The White House Correspondents’ Association lodged a formal complaint against Press Secretary Jen Psaki over these events. These events were also discussed during Psaki’s Wednesday briefing.

CBS White House Correspondent Ed O’Keefe pointed out the apparent hypocrisy of British journalists being allowed to question Johnson and Biden. He said, “When American reporters tried to call on the American president, we were escorted out.”

Psaki responded, “I think our relationship with the United Kingdom and with Prime Minister Johnson is so strong and abiding, we will be able to move forward beyond this, but he called on individuals of his press corps without alerting us to that intention in advance.”

This is the most recent instance of Biden seemingly being protected from the press.

O’Keefe had tried to ask Biden the previous day about the situation on the southern U.S. border. He tweeted on Tuesday that he had been unable to hear Biden’s response because of “shouting by White House aides, the noise of everyone leaving, and the president wearing his mask.”

He also retweeted criticism that Biden had failed to deliver on a campaign promise to restore democracy:

Later in Wednesday’s press conference, WHCA President Steve Portnoy suggested that Biden had felt upstaged by the British Prime Minister. Psaki denied this. Portnoy then asked when the press would be allowed to ask Biden detailed questions. Psaki rejected the idea that Biden had refused to answer questions, citing that Biden had taken questions “135 times leading up to September.”

Portnoy however rebuffed this claim, saying, “There are some occasions where he’s only taken one question and walked away, and most of those occasions have occurred outside of this building. So, when can we expect to have an opportunity to actually ask the president questions in a formal setting?”

Psaki did not name a specific time. Instead, she suggested that a formal press conference was not “at the top of the list of the American public’s concern.”