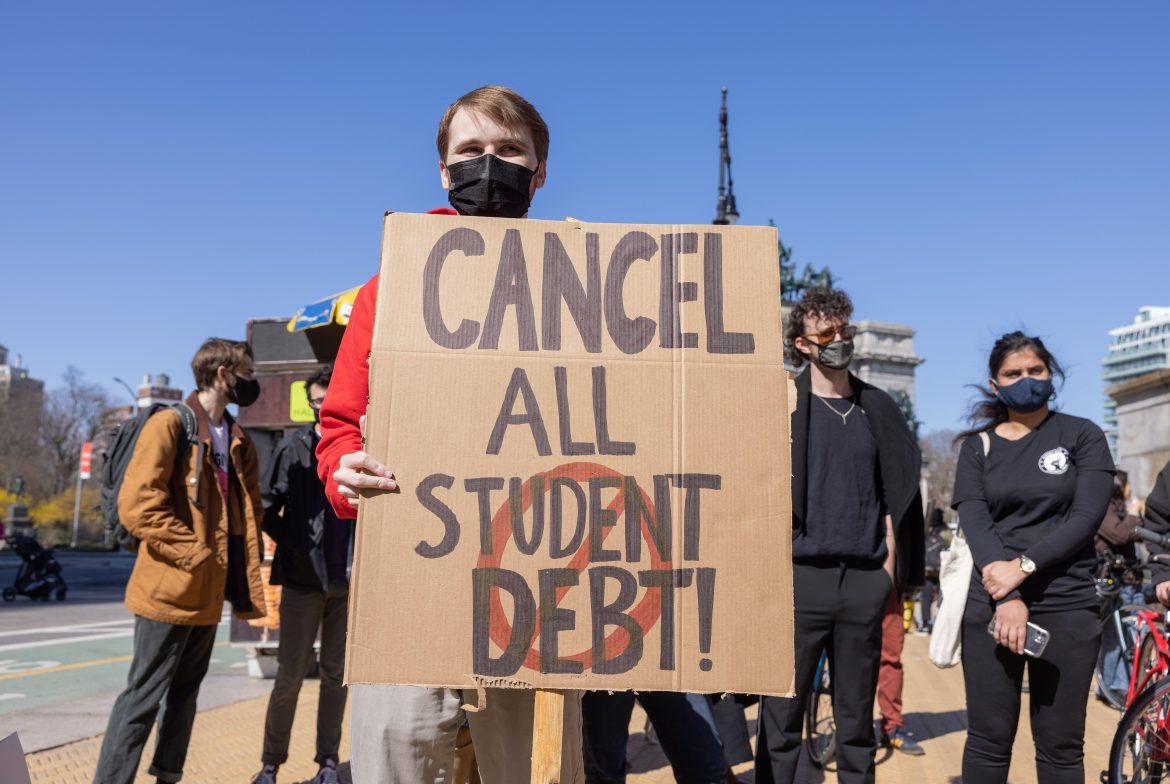 The Biden administration announced Wednesday that it will be forgiving $5.8 billion in student loans for individuals that attended a college or university “owned or operated by Corinthian Colleges Inc.” in an action that will impact 560,000 borrowers.

A statement from the U.S. Department of Education says that this action is “the largest single loan discharge the Department has made in history.”

The Education Department has singled out Corinthian for this loan forgiveness push because, according to the statement, “Corinthian engaged in widespread and pervasive misrepresentations related to a borrower’s employment prospects, including guarantees they would find a job.”

“Corinthian also made pervasive misstatements to prospective students about the ability to transfer credits and falsified their public job placement rates,” the statement continued.

The corporation was founded in 1995 but shut down in 2015 after investigations and lawsuits were brought against it by then-California Attorney General Kamala Harris. It operated by acquiring multiple for-profit colleges and universities, at one point having 105 campuses and over 110,000 according to the Education Department.

“As of today, every student deceived, defrauded, and driven into debt by Corinthian Colleges can rest assured that the Biden-Harris administration has their back and will discharge their federal student loans,” said U.S. Secretary of Education Miguel Cardona.

“For far too long, Corinthian engaged in the wholesale financial exploitation of students, misleading them into taking on more and more debt to pay for promises they would never keep,” he added.

The loan cancellation will be automatic, meaning that there is no paperwork or action needed from the borrowers’ end. Borrowers that still have debt will receive refunds, but those who have already paid off their debts will not be getting refunds.

This news comes as President Joe Biden is exploring another student loan forgiveness program which would grant $10,000 in forgiveness on federal loans for undergraduate borrowers. Biden is reluctant to go forward with an executive order on this idea, however, and has expressed hope that Congress would pass legislation for it.

But even this plan, which Forbes says “would wipe out the student loan balances for up to 16 million borrowers,” is not enough for many critics. A coalition of 500 organizations including labor unions and civil rights groups recently wrote to the President asking him to cancel more than just $10,000. As previously reported by FISM, NAACP President Derrick Johnson called the scaled down plan a “slap in the face” to black borrowers.

In the meantime, Senators Sheldon Whitehouse (D-R.I.) and Jeff Merkley (D-Ore.) have introduced the Simplifying and Strengthening PSLF Act to make public service loan forgiveness more efficient. The bill would expedite when a borrower could receive this forgiveness and increase the opportunity for others to take part, according to Forbes.

On the other side of the issue, Senator Tom Cotton (R-Ark.) stated that there is “no such thing as student loan ‘forgiveness,'” only transferring a borrower’s debt to “those who didn’t attend college or responsibly paid off their debts.”

There's no such thing as student loan "forgiveness."

There's only transferring the debt from those who took the loans (and benefitted) to those who didn't attend college or responsibly paid off their debts.

Accused Buffalo shooter to be arraigned on domestic terrorism, 24 other counts