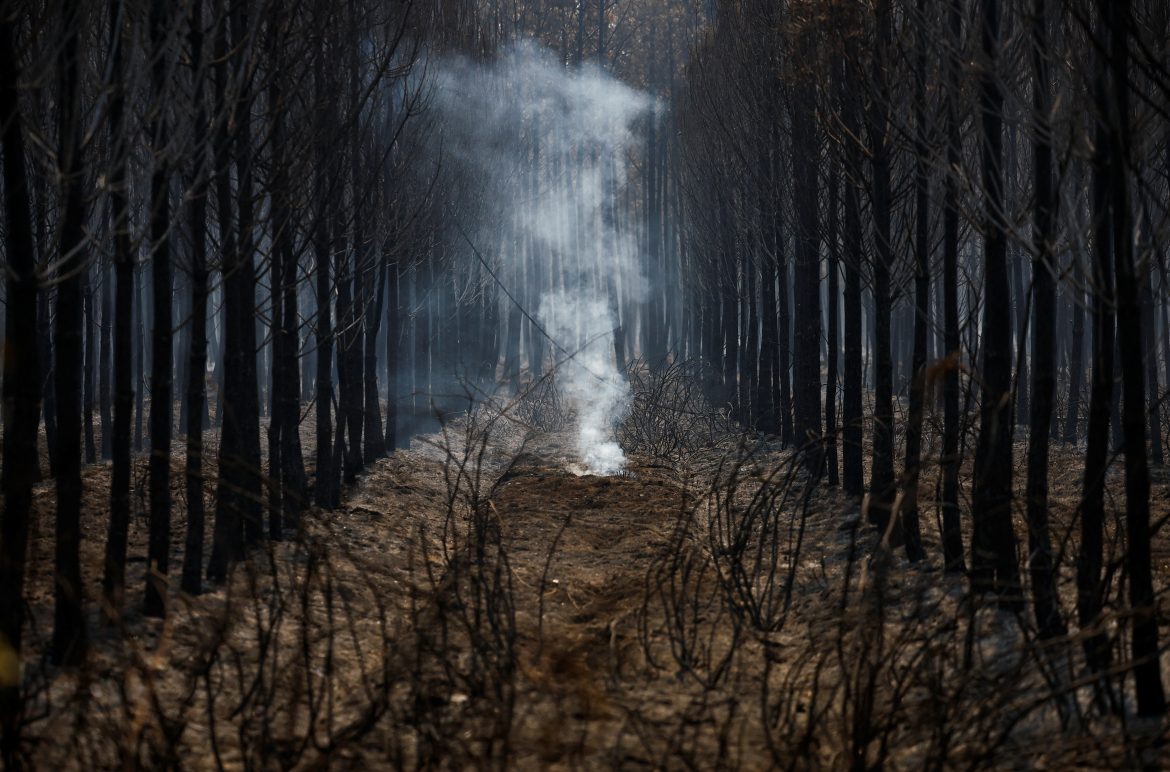 Firefighters flew to France from across Europe to battle a “monster” wildfire raging for a third day near the wine-growing heartland of Bordeaux on Thursday, with no let-up in blistering temperatures likely before the weekend.

More than 1,000 firefighters backed by water-bombing aircraft tried to contain the blaze in the southwestern Gironde region that has forced thousands of people from their homes and scorched 6,800 hectares of forest.

Wildfires have broken out across Europe this summer as successive heatwaves have baked the continent and brought record temperatures.

Overnight the darkened skies glowed orange above the burning forests in Gironde, leaving residents to face another anxiety-wracked night as the fire advanced.

Firefighters said they had managed to save the village of Belin-Beliet, transformed into a ghost village after police told residents to evacuate as the flames approached.

In nearby Hostens, Allisson Fayol and her father stayed in their home, their bags packed in case they needed to make a hasty departure.

“There is still a lot of smoke but for now it’s not coming this way,” Fayol said after watching many of her neighbors leave their homes overnight.

Heatwaves, floods, and crumbling glaciers have heightened the concern of some over climate change and the increasing frequency and intensity of extreme weather across the globe.

The head of the European Space Agency, Josef Aschbacher, said successive heatwaves, shrinking rivers, and rising land temperatures as measured from space are increasing the focus of the toll climate change has on agriculture and other industries.

“It’s pretty bad. We have seen extremes that have not been observed before,” Aschbacher told Reuters.

More than 57,200 hectares have gone up in flames so far in France this year, nearly six times the full-year average for 2006-2021, data from the European Forest Fire Information System shows.

French authorities said temperatures in the Gironde region would reach 104 degrees Fahrenheit on Thursday and stay high until Saturday.

Firefighters warned of an “explosive cocktail” of weather conditions with wind and the tinder-box conditions helping fan the flames.

The Gironde was hit by big wildfires in July which destroyed more than 20,000 hectares of forest and temporarily forced almost 40,000 people from their homes.

Hostens mayor Jean-Louis Dartiailh described the past weeks as a disaster.

“The area is totally disfigured. We’re heartbroken, we’re exhausted,” he told Radio Classique. “[This fire] is the final straw.”

The Impacts of Releasing the U.S. Emergency Reserve Oil