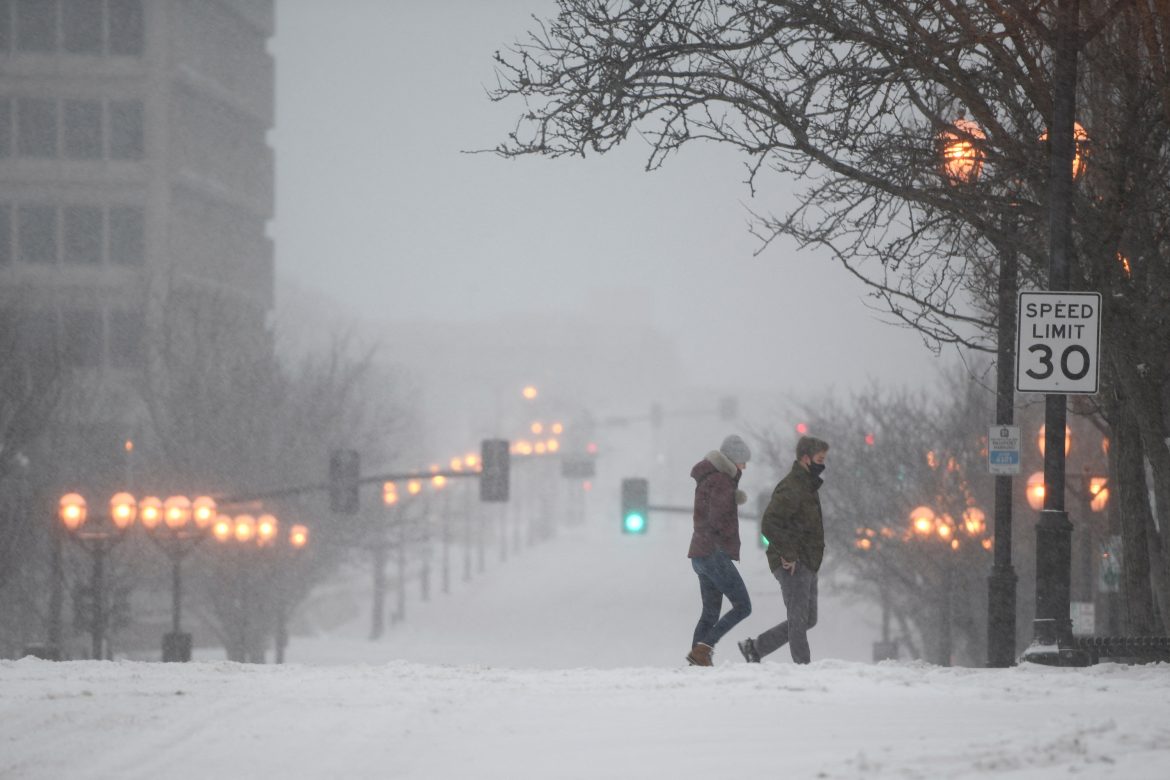 A massive winter storm swept across the central and Northeast United States on Thursday where it was delivering heavy snow and ice, making travel treacherous if not impossible, knocking out power to thousands and closing schools in several states.

Winter and ice storm warnings remained in effect for a wide swathe of the United States that reached from Texas up through the Midwest and into New England until Friday morning, the National Weather Service (NWS) said.

More than 100 million people across at least 25 states were under winter weather alerts on Thursday, CNN reported.

After the storm dumped heavy snow on the Midwest on Wednesday, parts of the region were forecast to see another 6 inches of snow on Thursday, accompanied by high winds of up to 35 miles per hour.

A damaging ice storm was underway in portions of Texas, Arkansas, Kentucky and Tennessee. More than a half inch of ice may accumulate by Friday morning in some spots, possibly causing power outages, tree damage and dangerous travel conditions, the weather service warned.

“Everything will freeze overnight and heighten the potential for black ice tomorrow,” The Arkansas Department of Transportation warned in a tweet.

More than 220,000 homes and businesses in Texas, Arkansas, Mississippi and Tennessee were without power on Thursday afternoon, Poweroutages.us reported.

Texas governor Greg Abbott said on Thursday that the state’s power grid is “fully functioning and continues to be reliable.”

“Texas is experiencing one of the most significant ice events in decades,” Abbott said.

The storm will push temperatures down. Highs in many places across the Plains and Mississippi Valley will be between 20-40 degrees below average over the next few days, the NWS said.

Poll: Most Americans disagree with China hosting Olympics, but half will still watch