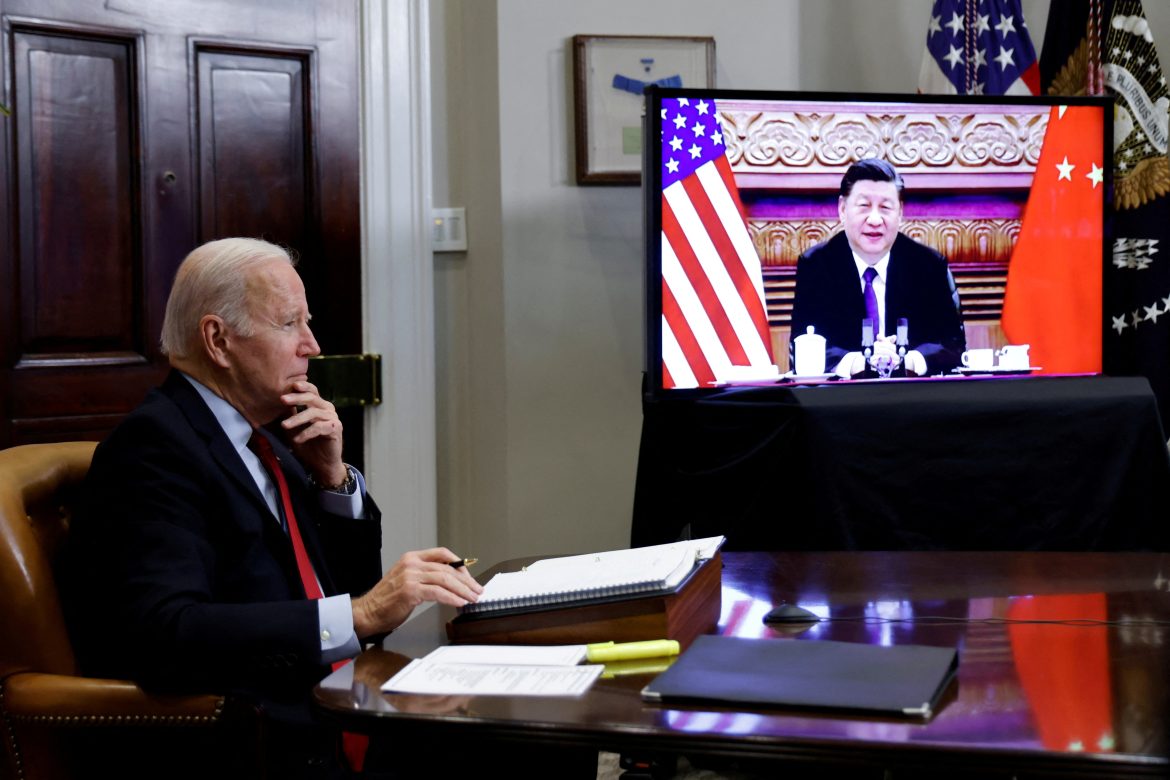 China on Friday condemned a White House plan to brief Taiwan on the results of a much-anticipated meeting between President Joe Biden and his counterpart, Xi Jinping, next week on the sidelines of a G20 gathering in Indonesia.

The two leaders will meet on Monday, the White House said, for their first face-to-face meeting since Biden became president, amid low expectations for significant breakthroughs. China confirmed the planned meeting but did not give a date.

Ties between China and the United States are at their worst in decades, strained over issues including trade and technology, human rights, and Taiwan, the self-governed democratic island that Beijing claims as its territory. Taiwan rejects Beijing’s sovereignty claims.

But Chinese foreign ministry spokesman Zhao Lijian said any such briefing by the United States for Taiwan would violate a U.S. promise to maintain only non-official contacts with the island.

“It is egregious in nature. China is firmly opposed to it,” Zhao told a regular briefing, shortly after the ministry announced that Xi would meet Biden and also attend the G20 meeting and a later APEC summit next week.

Several analysts have said that both sides may use the talks to seek clarification on each other’s “red lines”, identify areas for cooperation, and stabilize relations, but significant progress is unlikely.

“I don’t think we can expect any breakthrough,” Collin Koh, a research fellow at Singapore’s S. Rajaratnam School of International Studies told Reuters.

“They are able to finally get to meet face to face and convey each other’s concerns to the other,” he said.

Biden and Xi last met in person when Biden was vice president during the Obama administration.

“This face-to-face meeting will provide the Biden administration the best opportunity to test whether Xi recognizes the importance of stable relations with the U.S. to China‘s own security and economy,” said Susan Shirk, an author, and professor at the University of California San Diego.

Xi’s visit to Southeast Asia will be only his second foreign trip since the beginning of the COVID-19 pandemic.

When he traveled to Uzbekistan for a meeting of regional leaders in September, he skipped a dinner with 11 other heads of state because of his delegation’s COVID-19 policy.

The G20 summit is on the Indonesian island of Bali, where Xi will also meet with his French counterpart, Emmanuel Macron, before traveling to Thailand for an Asia-Pacific Economic Cooperation summit, the foreign ministry said.