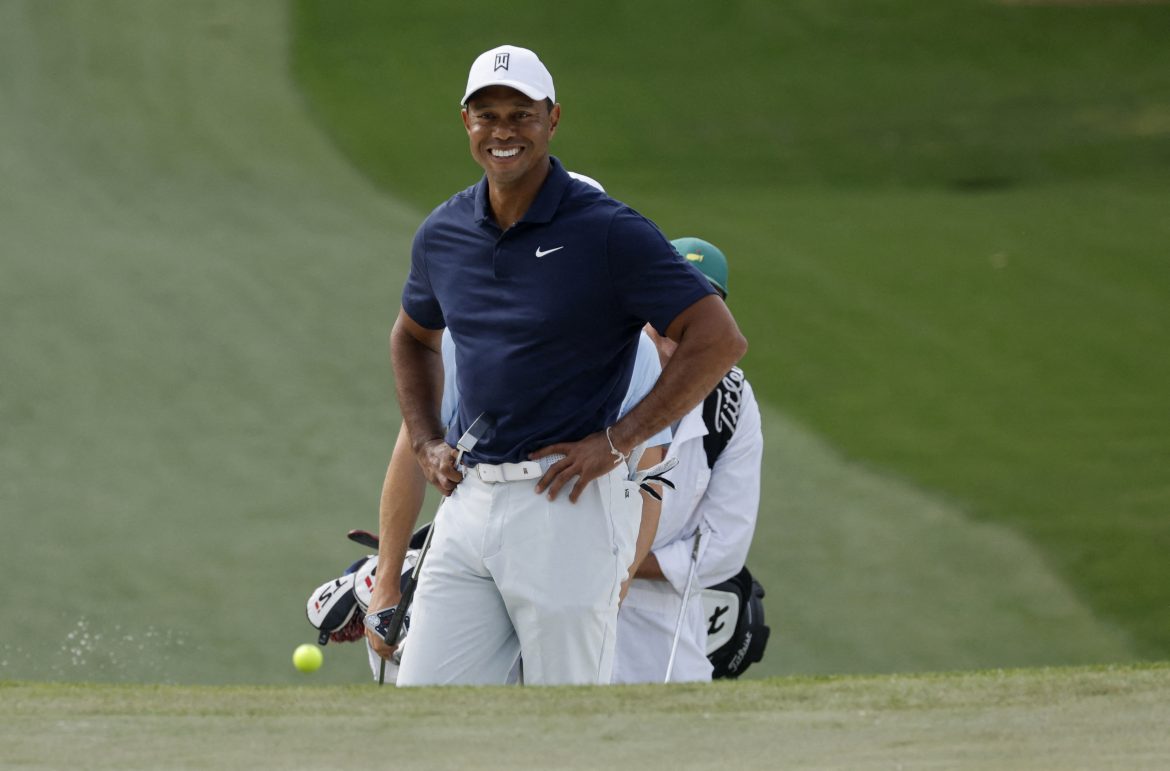 Tiger Woods ended the suspense on Tuesday saying he will play the Masters just 14 months after a car crash that nearly resulted in doctors amputating his right leg, setting the stage for what could go down as one of sport’s greatest comebacks.

In a career already packed with remarkable comebacks, this week at Augusta National could be the scene of something extraordinary, with Woods saying he will not only play the Masters but that he can win a sixth Green Jacket.

Woods had teased on Sunday that playing in the year’s first major would be a “game-time” decision and after a morning on the practice range, he walked into the media center and delivered the news golf fans had been waiting to hear.

“As of right now, I feel like I am going to play,” Woods said during his pre-tournament news conference. “I don’t show up to an event unless I think I can win it.

Woods has not competed on the PGA Tour since the November 2020 Masters and cast serious doubt on his professional golfing future after suffering serious leg injuries in a February 2021 car crash.

The 46-year-old played a practice round on Monday and after nine holes was noticeably limping as he made his way up to the ninth green.

By all accounts Woods’ game is in good shape, with the bigger question being how well his damaged leg will hold up over a potential four rounds on the undulating Augusta National layout, which is one of the more demanding tracks on the PGA Tour.

“You know, 72 holes is a long road, and it’s going to be a tough challenge and a challenge that I’m up for,” assured Woods. “There is [pain] each and every day.

“I can hit it just fine. I don’t have any qualms about what I can do physically from a golf standpoint.

“It’s now walking is the hard part. This is normally not an easy walk to begin with. Now given the conditions that my leg is in, it gets even more difficult.”

Woods is no stranger to playing through pain, something he famously proved at the 2008 U.S. Open where he prevailed in a thrilling playoff at Torrey Pines while competing on what was essentially a broken leg.

He capped one of the most miraculous comebacks in professional sport when, at the age of 43, he won the Masters in 2019 after enduring years of surgery and personal problems that convinced many the best golfer of his generation was done.

The 15-time major winner’s career again looked over following his horrific crash to the point where even he finds it hard to believe he is back at Augusta National not just for the Champions Dinner but playing.

“It’s been one of those things where I’ve had to endure pain before,” said Woods.

“This is different obviously. This is a lot more traumatic, what has transpired to my leg. At that time (weeks after the accident) I was still in a hospital bed. I never left that hospital bed even to see my living room for three months. So that was a tough road. To say that I was going to be here playing and talking to you guys again, it would have been very unlikely.”

While the initial suspense has ended, the drama is just beginning at Augusta National as everyone waits to see just how prepared Woods is to compete.

After two years of COVID-19 restrictions that limited the number of spectators allowed onto the grounds, the fans have returned in massive numbers and so has the unmistakable Augusta National buzz, amplified by the presence of Woods.

“I think that the fact that I was able to get myself here to this point is a success,” said Woods. “Now that I am playing, now that everything is focused on how do I get myself into the position where I’m on that back nine on Sunday with a chance?  Just like I did a few years ago.”