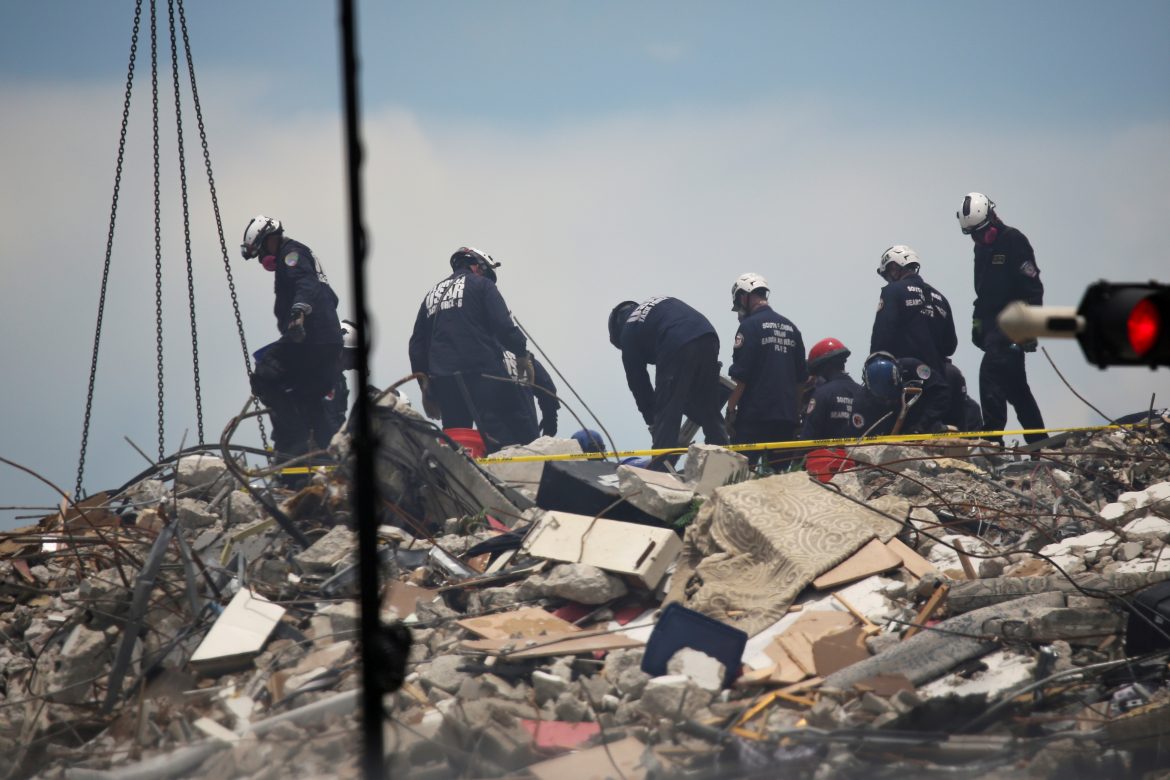 A condominium building in Surfside, Florida collapsed on Thursday and nine people have been confirmed dead with an additional 150 still missing. Surfside is a small beach town in Miami-Dade County. It is currently unknown what caused the collapse but a building inspector did express concerns in 2018 that the building’s concrete slab foundations had a number of cracks in them and needed to be re-fortified in a report .

The nearby City of Miami Beach declared a state of emergency because of the tragedy. The surrounding towns and cities throughout Miami-Dade County and other nearby counties are conducting widespread building inspections as soon as possible to ensure another tragedy doesn’t occur. The Army Corp of Engineers was called to the scene in order to assist in the rescue and recovery efforts still being performed. In addition, FEMA Director, Deanne Criswell, visited the site at President Biden’s request.

I’m visiting #Surfside tomorrow at the request of @POTUS to discuss ongoing response efforts with our @femaregion4 team, state partners and first responders. My heart is with the affected residents and the families still waiting for news about their loved ones.

President Biden also tweeted his condolences to the families of the victims and the local area residents,

My heart is with the community of Surfside as they grieve their lost loved ones and wait anxiously as search and rescue efforts continue.

Yesterday I spoke with Gov. DeSantis to let him know that we are ready to provide assistance as needed by state and local officials.

The mayors of Miami-Dade County and Surfside have both expressed sadness at the tragic event but also exhibited determination to rescue everyone. They have lauded the efforts of first responders who have been working non-stop since Thursday. The Miami-Dade fire department tweeted out a video of work being done.

The work of first responders continues around the clock in the effort to find survivors in void spaces within the rubble of the #SurfsideBuildingCollapse. pic.twitter.com/TZn52VpJEy

We are working 24-hours a day non-stop, nothing else on our mind, with the only objective of pulling their family members out of that rubble safely. That’s what we’re doing and we’re not going to stop doing that, not today, not tomorrow, not the next day. We’re going to keep going until everybody is out… There was something obviously very, very wrong at this building and we need to get to the bottom of it… But like I said, that’s not today, not tomorrow and not for a long time because our first priority and only priority is to pull our residents out of the rubble and reunite them with their family, who understandably are out of their minds with emotion, sadness, anger, and just confused and want to know what is happening.